This is an important day.
It's the birthday of two of the most important people in my life.
If she were still alive, my mom would be eighty-eight years old today.
Wasn't she beautiful? 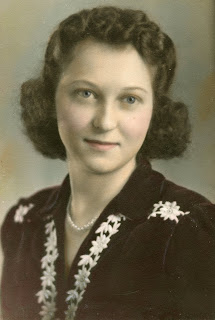 The Professor celebrated his birthday today, too. 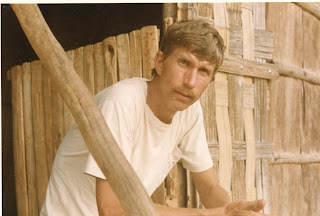 He's still as handsome now as he was when I shot this photo of him sitting on the steps of our bush house in Papua more than twenty years ago.
Happy Birthday!
Posted by Willow at 10:10 PM 16 comments:

Summertime-- and the livin' is ... still busy.
Where did this first week of official summer run off to? I thought summertime livin' was supposed to be easy.  Here's how Willow's Week flew by.

1. On Friday and Saturday, I picked blueberries at my friends' blueberry ranch.  And after the berries were picked, they had to be washed, frozen and packaged.  Those blueberries that didn't get popped straight in to my mouth ala Blueberries for Sal (one of my favorite children's books) made up more than a dozen quarts. 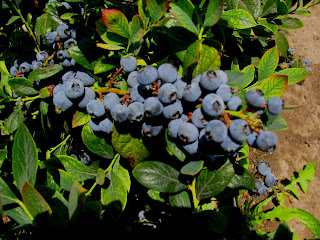 2. As much as I dislike shopping, I have to say that buying clothes makes it on to my fave list.  Being able to purchase a swimsuit, running shoes, sandals, pants and a skirt fairly quickly and almost painlessly is a huge relief to me.  I needed the clothes, and it took much less time than I expected. And now I hope I'm done with shopping for a while!
3. I think that phone calls from Son#2 will continue to be a fave as long as he is out digging in the dirt far far away from home.
4. I asked the Professor what he thought was a fave for him this week.  He reminded me that the Los Angeles Lakers won the NBA finals last Thursday night. Yup. That is definitely a fave for him!  And it's a fave for me, too--no more basketball games for awhile. (Truthfully, I like to watch basketball; I just don't like it as much as the Professor does.)
5. Spending an afternoon with a friend is always a highlight for me.  Thursday I drove down the Pacific Coast Highway through Malibu to Manhattan Beach and enjoyed several hours of walking and talking with a friend--just to cheer her up.
Thanks for joining me to celebrate this first week of summer.  If you want to post your own Fave Fives, link up at Susanne's blog, Living To Tell the Story.
Posted by Willow at 10:43 PM 31 comments: 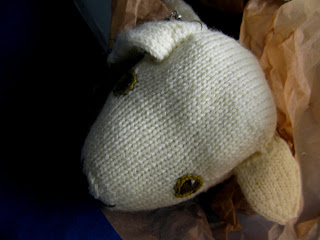 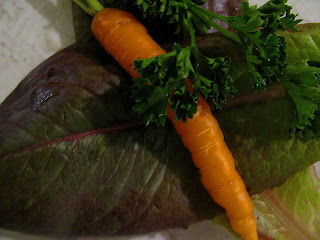 I was just a quiet teacher married to an even quieter professor, and we didn't live in Hollywood.  What was I going to do with a wild Lulu Lamb in LaLa-Land?
Posted by Willow at 10:35 PM 17 comments:

Welcome to Friday Fave Five!  Susanne faithfully hosts us every week allowing anyone who wishes to join in the opportunity to share five special events from our week.  If you would like to participate, click on this link and add your name and site to Mr. Linky.

Every day brings blessing to me in different ways. But some days are just 'better' than others.  Perhaps they're not 'better'; they're just more noticeable.  Wednesday was like that this week.  This was a Wednesday Fave Five!

1. First, a friend had arranged to come over in the morning and help me declutter and organize the guest room.  We have an arrangement that gives each of us a day with a buddy to help with something that we really don't want to tackle alone.  It was my turn for help, and we were able to rearrange things to make the room more orderly and pleasant.

2. The Grad Student (Son#2) had left a few things in the room, and my friend said, "Call him and ask him about them."  I sadly answered, "Can't.  He has no phone connection in the wilds of archeology land."  "So email him," she suggested.  "Can't.  No internet there, either."  While we were discussing our options, my cell phone rang, and The Professor answered it for me.  He motioned excitedly to me.  It was Grad Student himself!  Having borrowed a cell phone, he was calling to get some information he needed and let us know he was arranging to purchase a cell phone for himself.  Isn't it amazing that we can talk with our family even when thousands of miles and many time zones separate us?  Hearing my boy's voice just makes this mom's heart happy!

3. In the afternoon, we ran a few errands.  I found a couple of treasures at the library.  A copy of Joanne Seiff's book Knit Green. I was pleased that this book is already on the shelves of my local library even though it has been in publication only a few months.Then I saw Book Four of the Percy Jackson and The Olympians series, on the shelf, not sitting in the reserved section waiting for the next ten people to pick it up before the volume comes up with my card number reservation.  I love the serendipity of scoring special books I've been wanting to read.

4. With books in hand, we stopped for coffee and a bit of reading.  The weather was perfect, and so was the coffee.  And I had special books to read.
5.  Finally, we packed up our books and headed to the grocery store. My cell phone rang again.  This time, it was a call for help.  "Our plane got rerouted.  Can we stay with you tonight?"  Our immediate answer to the delightful young couple was, "Of course!  We'll be right over to pick you up!"  We enjoyed our evening together which was made even more fun by the presence of a sweet two month old baby girl.  Our Grandma and Grandpa skills were put to use cuddling, carrying, and hugging adorable Miss Ellie.

Some weeks are like this. One day just stands out.  How was your week?
Posted by Willow at 10:30 PM 20 comments:

Paint Brushes at the Beach

Someone has been having fun painting. 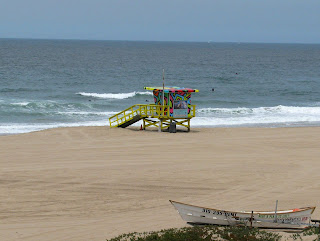 All the lifeguard beach huts along The Strand in Manhattan Beach 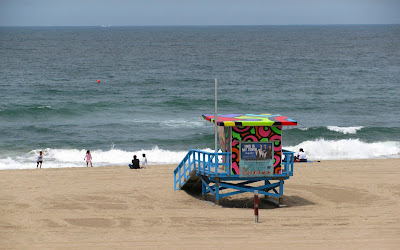 were given unique paint jobs. 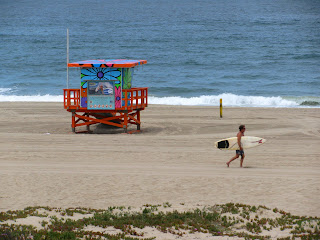 When you want to meet your friends at the beach, you can say, 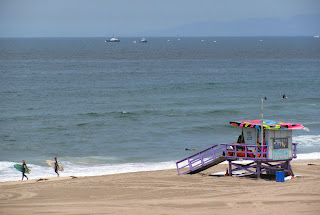 "Let's meet at the lifeguard hut with the big green, blue and pepto-bismol flowers." 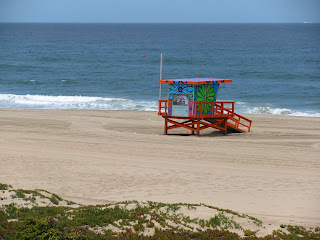 It does not happen often that I miss posting for Friday Fave Five. (Did you miss me?)  Last week, I was 'a little busy'. So I am combining two weeks' worth of fun into one to celebrate FFF.
1. During the week, MamaMia and The Princess arrived to help hostess a double shower for two of my nieces, a bridal shower and a baby shower! 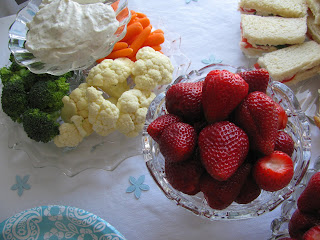 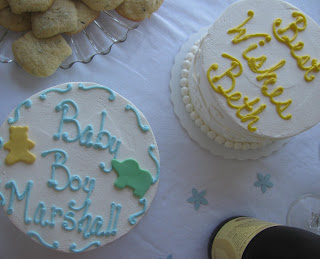 2. Immediately after we cleaned up from the shower, we hopped in our car and drove to San Diego to enjoy a week with our kids who live there.
3. We spent a day at the beach which is beautiful even in June Gloom.  We rode our bikes along San Diego Bay to Coronado Island. 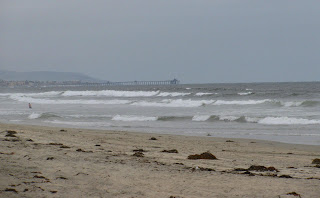 Imperial Beach Pier from Silver Strand Beach with Tijuana, Mexico in the background
4. We took many slow and meandering walks with our new grandpuppy, Bailey. 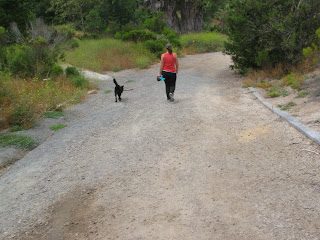 5. One day while The Professor did a 30 mile bike ride, MamaMia and I attended a writing seminar.  We thoroughly enjoyed learning more about how to encourage kids to like writing and to do it well.  A second speaker discussed how to teach kids to think critically.  We came away from the seminar excited to share what we learned.
Five Faves barely touches on the highlights of these two weeks at Willow's Cottage!
How was your week?  Share it with us by posting your Fave Five and linkin to Susanne's blog Living To Tell The Story.
Posted by Willow at 10:25 PM 23 comments: