An Afternoon in the Garden

We had a full day in and around Willow's Cottage.


At kindergarten recess today, there was this conversation:


Him: "May I pretend to be a vampire? GRRRRR!", making vampire faces.

Two minutes later, Him: "How about if I pretend to be a cowboy? Without guns."

Him: "GRRRRRR!", riding off into the sunset.

After a nice long walk with my bloggy walking buddy (Hi, Happy Wonderer!), I decided to spend some time pruning and cleaning up my little garden.


This calla lily came with me from Los Angeles. When we moved to LA five years ago, I was gifted several tubers by a friend in Camarillo. I planted them and they prospered in the smoggy, grimey inner city dirt and air. When we moved to the little house by the freeway, I pulled out some of the tubers and plopped them in a container, and they seemed happy to produce lilies in the confines of a one gallon black pot. This winter I planted the lilies back in their native Camarillo soil, and a bloom has already appeared! 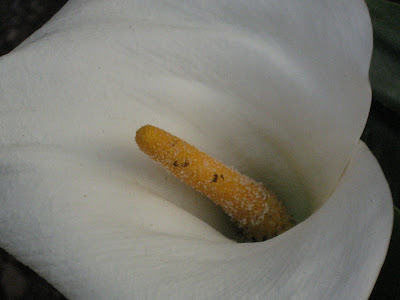 When one inherits a garden from a former owner, one has to wait a year's cycle to find out what is in the garden. After watching for little green sprouts in December and January, I have decided that there are no bulbs for spring flowers in my garden. No tulips or daffodils. So, I stepped over to my next door neighbor's back garden and enjoyed one of her daffodils. I do like daffies! I wanted to be married in April, so I could have daffodils at my wedding. (It didn't happen; The Professor and I were married in July. And I really don't want to get married again.) 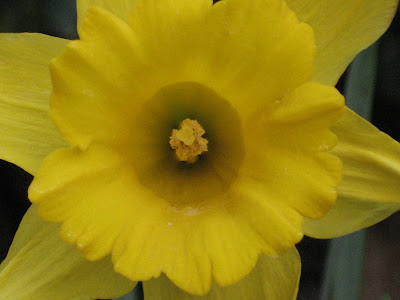 I have been clipping and pruning the nine camellia bushes as they go through their blooming cycles. Each bush is different in color, form, and time of bloom. Isn't this pink beauty wonderful in its symmetrical form with its delicate round petals? 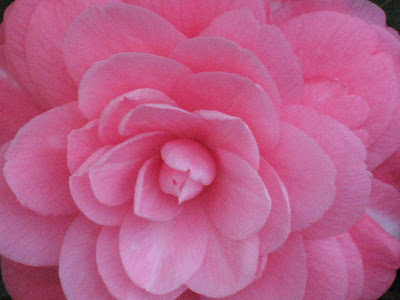 Another plant I rescued from inner city living was this geranium. Actually, the week we moved, I went out by the school yard fence and clipped a couple of stems from the very large and sturdy geranium that had engulfed the chain link fence. I kept the stems in water until they grew some roots and then I stuck them in a pot. You really can't kill a geranium, even with careless neglect. 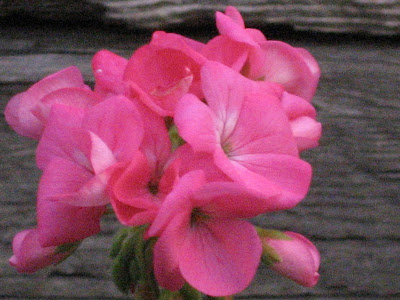 It was a restful afternoon of puttering around the cottage garden. Just what I needed.

Sounds lovely, mums! :o) I do love camelias, they are so pretty.

Beautiful Willow! I think I need to consider a geranium since it seems to be so hardy! Maybe that's what I'll add to my lonely ledge.

I love your flower photos, daffodils are just the best aren't they - mine came up a few weeks ago, really early. There is something special about their brightness after a cold winter :) Glad to have found your blog, Catherine x

What pretty flowers. I love the conversation on the playground. My four year old told me " Mommy, your husband is cranky!" Her Daddy just grinned.

Oh Willow .. beautiful.
The geranium you rescued is wonderful. They really are resillient arent' they?
I'm so delighted for you to have a bloggy walking partner. . blessings abound.

OH, and I love daffies too and wanted them at my wedding and I did.

Geraniums are so durable here, aren't they? Willow, how do you prune your camelia? Mine are quite young so I've done nothing but pick up the faded blooms.

Hi Willow, I love those beautiful flowers! Perhaps I should get a few more geraniums...since they are so hardy and my thumb is not very green! They do come in some gorgeous colors.

The flowers are just gorgeous . Thanks for sharing them. Thanks also for your warm and caring thoughts. They are so appreciated.

What gorgeous pictures! Isn't it fun in a new place to wait for each season to reveal the garden's surprises?

I needed to see pretty flowers... we're still in the middle of snow storms! Your little conversation with the Kindergartner was cute too!

Such beautiful colour for this time of year. have the same lillies in mypond. I did have some in a border but they spread too much. Your Geranium is a beautifulcolour.

What sweet pictures - baby and flowers!

That is a perfect Camellia - you are lucky to have these. In the fall, you can plant some daffodils!!