I think one of the reasons I love London is that it reminds me of Portland, Oregon. With bridges crossing the wide and placid Willamette River, Portland is separated in to Eastside and Westside.  Just like London. Except that the Thames winds and bends its way through London and the Willamette cuts a mostly straight line through Portland. 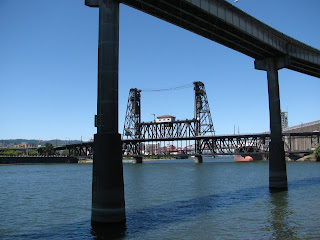 Historically, Portland grew up as the End of the Oregon Trail where Eighteen-Forties pioneers bound for Oregon Territory finished their arduous overland journey with an exciting and often treacherous raft ride down the Columbia River, then a left turn at the relatively calm intersection of the Willamette and Columbia Rivers.  Portland was also a shipping destination because the Willamette River is navigable from the Pacific Ocean until nearby Oregon City where Willamette Falls comes tumbling down, bringing water from the south to the north from various smaller creeks and rivers in the Willamette River Valley. 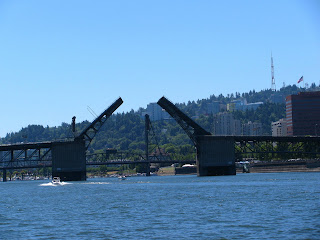 I grew up here, crossing these bridges, watching the river, enjoying its changing moods and water levels.  My father crossed the river daily on his commute to and from work. 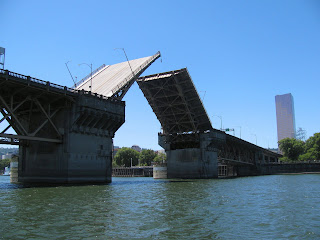 One day, The Professor and I walked along the banks of the river, remarking that it reminded us of our visits to London and our strolls along the Thames, passing the bridges, watching traffic stop when the bridges were raised for tall masted ships. 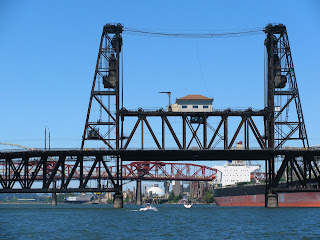 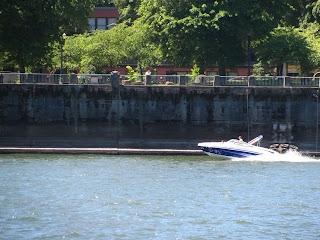 An afternoon stroll along the River Walk is a stroll down My Memory Lane. 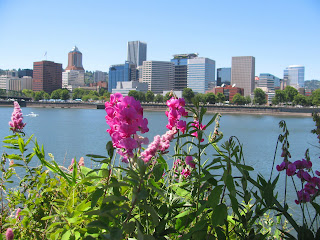 Wonderful photos Willow. I really appreciate Great Britain more now that I've lived in the Northwest for over 20 years!

I live here in Portland and I do love it. There are so many wonderful places to walk and hike and watch the world go by. Even though I love to travel. I'm always glad I live here.

LONDON...Did you say London, Willow??!! *SWOON*... Only my & Dear Husband's favorite place above all else! We are both HUGE anglophiles, and just love the UK. London is a special place for us, as it was the first real vacation we took together, as well as our honeymoon there. Can't wait for stories & photos. Hope you're enjoying settling in home again and sifting though memories... :o) ((HUGS))

Love the pictures...And such a lovely city. Glad you made it home.

We lived in Corvallis, OR for a couple of years, six years ago. We visited Portland often and loved it there. We also lived just outside London over twenty years ago, and loved that too. I can see the comparison Willow!
Big Hugs

As I drove through the city at 6 am this morning..it was pristine and glistening in the morning sunshine. It is nice to notice these things even after a lifetime of being here. It doesn't get old.
Things are coming together for this weekend. My heart is across town with a wee little prince! A call from D and I was there in twenty minutes..yesterday! :)

I've never visited Portland but it's on my list of places I'd like to see one day.

NYC is also a river city as we are all islands ( with the exception of the Bronx) surrounded by rivers and ocean. I never tire of looking at water! :)