I know not to brag about an 'easy and quiet week'.  I should have known better.  What was I thinking?  After writing about my quiet and simple week, I ended up with two whirlwind weeks.  It wasn't anything in particular.  No, I wasn't ill.  Yes, all was well.  It was just busier than I expected.  We knew that the crazy last week of play rehearsals for The Professor would be followed by the insane performance week, and we had mentally prepared for it.  I had even prepared some easy fix and carry meals ahead of time.  What we did not expect was a car situation.  Sadly, his little green commuter Ford Focus car had an engine owie which necessitated a prolonged stay at the mechanic hospital.  It's still there.  That one little change in the schedule meant that we were sharing a car during The Professor's busiest two weeks of the semester.  As you can imagine, the result was not an easy and quiet week (or two of them-in a row).

Happily, this week has been quite special in spite of the busyness.  It's my birthday!  Yes, I really was a St. Patrick's Day baby.  Often, I'm asked why my parents did not name me Patricia.  They thought about it.  In fact, I had an Uncle Patrick, born on March 17th, who was quite incensed that I wasn't named after him.  But in the end, another name was chosen and even my middle name doesn't reflect any of my (small amount of) Irish ancestry.  Even so, I love having been born on St. Partick's Day.  Wonderful legacy.  Green beer.  Shamrocks.

Before The Professor and I embark on a quest to try the green beer in the new Irish pub in town*, I want to share my Fave Five which obviously will center around my birthday. *Update on that-- already at 4pm there was a dastardly long line of people waiting to gain entrance.  It was loud.  It was chilly.  We didn't feel like waiting, so we opted for a very quiet (oh, I think I needed that) and delicious meal at our favorite Thai restaurant.  Sadly, there was no green beer, but the Thai iced tea was totally tasty as was the pad thai.


1.  My birthday week began on Saturday with a day long hang out time with a special friend who drove up from one of LA's beach cities.  After a yummy lunch at a locally famous fish and chips place, we strolled around the Ventura Harbor from one end to the other and back again.  I love that place.  Boats. Water. Seagulls. Pelicans. Herons. 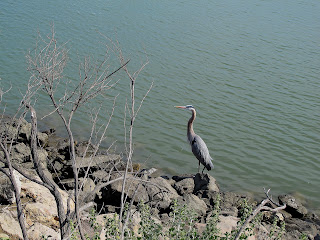 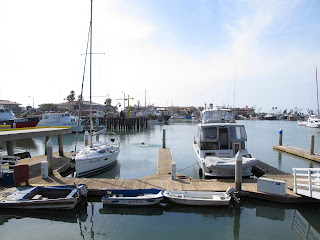 2.  Celebrations continued on Tuesday at a lunch in Culver City with my beautiful and wonderful daughter-in-law.  She, her sister, their friend, and I met at Royal T Cafe, a very hip sort of tea cafe.  Culver City is home to Sony Pictures Studios and other buildings belonging to various film and TV studios, and the shops and clientele reflect that.  My usual route to and from the main city in LaLaLand is Highway 1, or Pacific Coast Highway, which I mention often as you know.  On Tuesday, the tide was low, the pelicans were abundantly flying and diving for fish, the movie sets were camped in the beaches' parking lots, and the sun was peeking in and out between the rolling fog banks.  It was a perfect cruisin' day.

3.  Birthday greetings make me so happy!  I've received phone calls from sons in far away places and daughters, too, and a certain precious grandson.  Real cards have arrived in my real mail box, delivered by real postmen.  Oh joy!  I love receiving real mail!  Emails and facebook posts have brightened my day!  Starbuck's even sent me a coupon for a free drink.  Presents are fun, but personal messages remind me that I'm loved and appreciated.

4.  Pressies from my students are always so precious.  One young boy brought me a small bouquet of jasmine blooms which he picked himself, placed in a little plastic juice bottle, and decorated with a green ribbon.  How sweet is that?  My assistant presented me with a lovely personalized card and a real shamrock plant.  I had been considering purchasing one at Trader Joe's the other day.  Don't you think that a St. Paddy's Day girl should always own a shamrock plant? 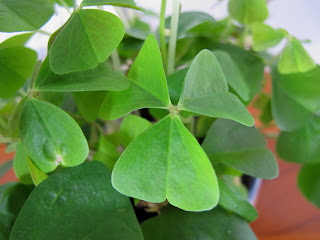 5.  I've spent some time between lesson prep, chauffeuring, and paper correcting, sitting on my sofa and reading (and knitting of course) because I've decided this year that it's OK to do some things I want to do, just because. I devoured a short volume titled Becoming Orthodox in just two days.  Also on my reading pile are four books by Madeleine L'Engle, her Crosswicks Journal quadrilogy.  I've begun reading the first in the series.  Another book I'm reading is Low Cost High Impact Photography which is an e-book by Steve Johnson.  In a couple of days, I'll be posting a review of the e-book, but I'll just say here that this book is completely revolutionizing how I think about and do photography!  For me, a day with even a few minutes spent taking pictures, reading, or knitting is a happy day indeed.

So there it is, a recap of two hyper-weeks.  Writing it down makes it seem so mundane, but really it wasn't.  It was perfectly incredible.  Perfect and incredible.

How about you?  I'd love to hear how your time has been while I was holed up here in Willow's Cottage not communicating much with the world at large.  I've linked this up with the Fave Fives at Susanne's blog. Thanks, as always, Susanne, for hosting Friday Fave Five.
Posted by Willow at 8:16 PM

It's still Thursday so it's still your birthday. Happy Day to you. I'm glad you've had some fun cards, calls and get togethers. So an Irish Pub was crowded on St. Patrick's day? What's the name and where is it?
You know me curious George. Dear was born in Culver City...
I hope that car gets all better soon so you can have some less hectic weeks ahead! Hope your new year is filled with gifts from above!

HAPPY BIRTHDAY, Willow! Hope you have a fantastic time celebrating! St. Pat's Day is easy for us to remember too, as it is our wedding anniversary! Yes, 11 years ago we got married--very happy years they have been too. And, no, neither of us has Irish heritage, it just worked out that we got married on March 17th. ;o) Anyway, wishing you a beautiful day, a beautiful year, my friend! :o) ((HUGS))

Sounds like a busy, but happy two weeks. I will check out some of those books you mentioned. Wish I could join you for some of those wonderful beach walks!
Mary

I'm glad you made it through the two killer weeks and were able to enjoy your birthday celebrations!

Joyous felicitations on the anniversary of your natal event!!

Sounds like a week when an hour sitting, reading and knitting is as precious as a sting of pearls! Good for you for claiming them.

Happy Birthday, Willow! It sounds like you really know how to celebrate and have loads of family and friends who do the same :) Surprised and pleased to see the link to Steve's book, too. Are you knitting anything green?

"Just because" has been my recent favorite on several matters. It just makes a few things less complicated. What a birthday week you have! Hurray for loved ones who make you feel loved and appreciated.

Happy St. Paddy’s Birthday to you! Looks like you had a great one.

Happy Birthday, to you! I think St Patrick's Day would be a great day to celebrate a birthday. Glad you had fun on yours.

Real mail is definitely something to be enjoyed! I LOVE receiving it.

Your hang out day sounds lovely -- like an oasis in the midst of a busy and hectic week. Happy birthday, Willow :-)

Happy birthday a day late. I love the idea of you on the couch, doing what you want to do. Yes, on your birthday (or even your birthday week), I think you're entitled.

Have a great week ahead!

You and Ellen both had BD's this week! Happy BD! I hope this week is a bit calmer for you :)

Happy Birthday! It's the little things that make birthday's so nice!

Happy belated birthday! I am glad you had such nice celebrations, and thoughtful friends and students to make it even better.

Hope you had a great bithday! Sounds like a lot of celebrating was going on. have a good weeek. Ros

Happy, belated birthday. It sounds like you had a wonderful week, except for the whole car thing.

I went to a cooking school in Culver City a couple of year ago. I like it there...for L.A., that is. I still hate the traffic!

Belated happy birthday wishes to you, Willow. And also a belated happy St. Patrick's Day. Thanks for stopping by my blog and for not forgetting me in my long absence!

Happy belated birthday Willow! I was hoping my grandson would be born on St.Patrick's Day but he wanted another birth-date :)

Thanks for your congratulations -- we are so thrilled with our new addtion to the family!

OH MY... I totally missed this!!!! Happy Birthday!!!! I am going to add this to my calendar so that never happens again! Somehow I got really behind reading your postings. My son's birthday is March 20th so I think I was all caught up in that. Sending a BIG hug!!!!

HI! MAY YOU CELEBRATE MANY BIRTHDAYS ON ST. PATRICK'S DAY. ST. PATRICK WAS THE SRIRITUAL FATHER AND GUIDE OF ST. BRIDGET AND WERE BOTH ORTHODOX APOSTOLIC CATHOLIC FOLLOWERS. THE WORD CATHOLIC IS GREEK AND IT MEANS THE WHOLE. WHEN THE SCHISM OF 1054 WAS CAUSED BY THE POPE OF THAT YEAR HE BORROWED THE WORD CATHOLIC AND MADE HIS OWN CHRISTIAN RELIGION. ST. PATRICK AND ST. BRIDGET WERE NOT FOLLOWERS OF THE POPE BECAUSE THEY LIVED BEFORE THE SCHISM. THUS THEY WERE ORTHODOX. THANK YOU.