As we were driving away from Solvang which we visited during our camping trip to Gaviota State Beach, we decided to return to the campsite via Lompoc and spend an hour touring Mission La Purisima.  Because it is now preserved as a California state park, it has remained as one of the few mission that still reflects much of the way of life in the early missions where priests, native Americans, and Spanish soldiers all lived within the mission compound. 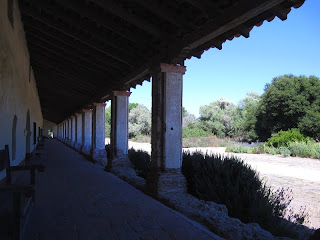 We slowly strolled through the buildings and around the mission grounds since we did not have any fixed schedule we were required to keep other than exiting when the park closed. 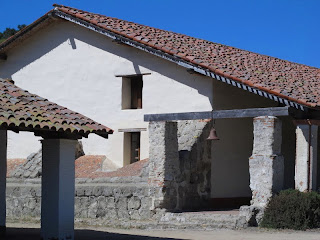 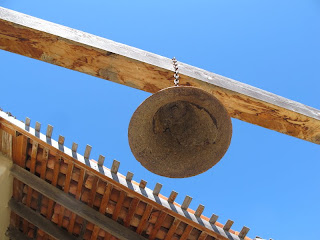 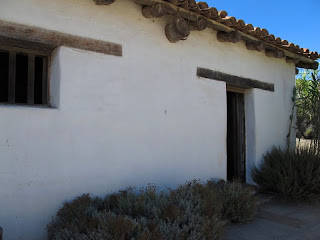 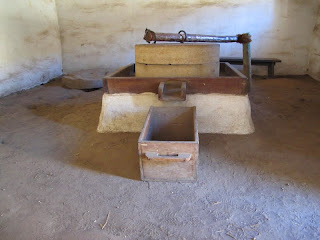 the simple paintings and decor in the chapel 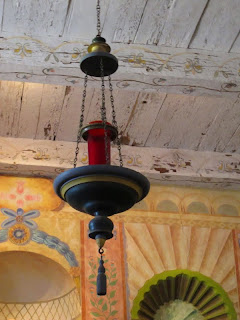 Of course I was fascinated with the old spinning wheel.  The spinner/weaver lived a simple life. 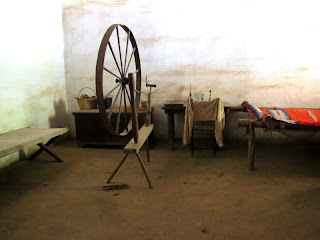 I was suprised to learn a few months ago that wild mustard is NOT a California native plant.  It grows everywhere so I assumed that it was native to our mediterranean flora.  If my source is correct, the wild mustard was first introduced to California Alta by the Spanish padres who sprinkled the seeds along El Camino Real, the road one traveled from mission to mission from San Diego to Sonoma, so it would be easier to follow the trail and not stray and become lost.
Here the wild mustard thrives on the grounds of La Purisima 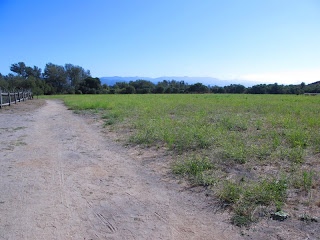 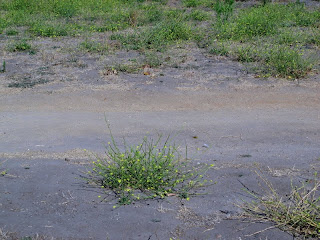 Was certainly interesting to visit !

California Missions are really cool. So? Have you been to every one of them yet?

The architecture is so beautiful. I would have loved to see the spinning work too. Did you find out if wild mustard is invasive or just not native?

Very neat - I love the fact about the mustard, which I did not know. I just got the book 1493, though, which I think will add greatly to my knowledge of such things!

I love La Purisma Mission too. My dad used a teach a summer photography class with history professor at the college where he taught, and they'd visit every mission in California over a period of a week or so. I was in high school and had a job, so I couldn't go, but I've always wished I could have.

Thanks Willow for the note about the North Eastern Storm. it could have been much worse. My new water heater has
been installed and I am hoping that my plumber can find the right
starter for my ancient steam boiler tomorrow. Everyone is safe and
these are things that can easily be replaced. Cheers Lori
and thanks again.

I love old missions. I loved seeing the land around the mission. One can imagine what it once was like. Your pictures were very nice :)