Friday!  My Favorite.  I look forward to posting Willow's Week on Friday Fave Fives with Susanne at Living to Tell the Story.  I missed posting Friday Fave Fives last week.  We were a bit preoccupied with a major lifetime milestone. 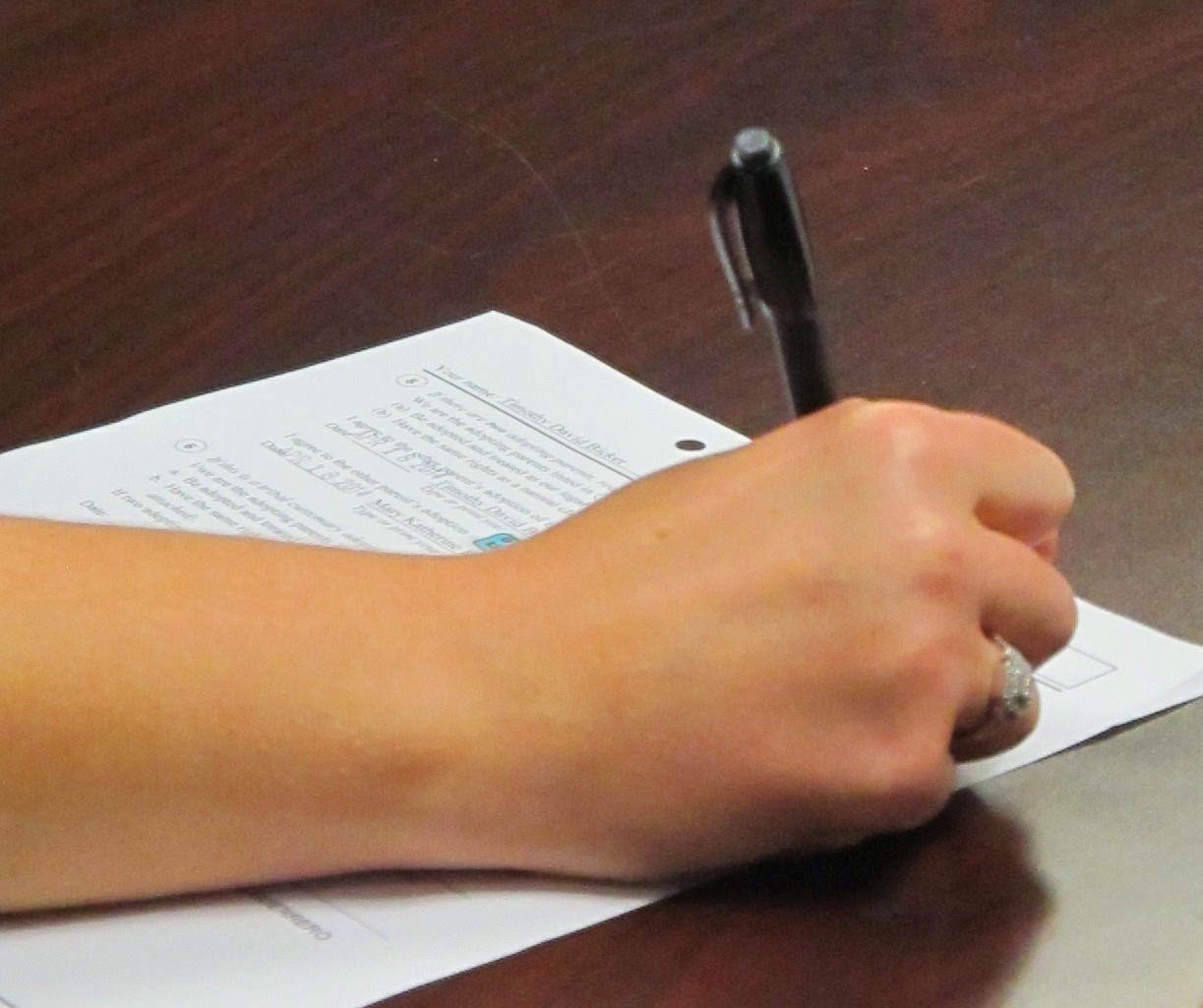 Zoe Grace and Liam officially joined our family on April 18, 2014.  After almost two and a half years of waiting, and more waiting, my daughter and son-in-law signed the adoption papers! 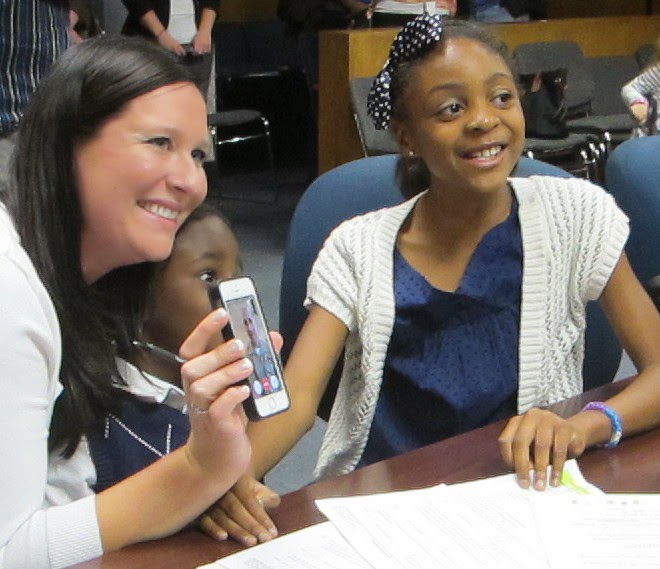 Daddy joined remotely for the court appearance and celebration.
(One more reason you should always thank military personnel for their service.  They give up so much of their personal lives to provide safety and security for their country.) 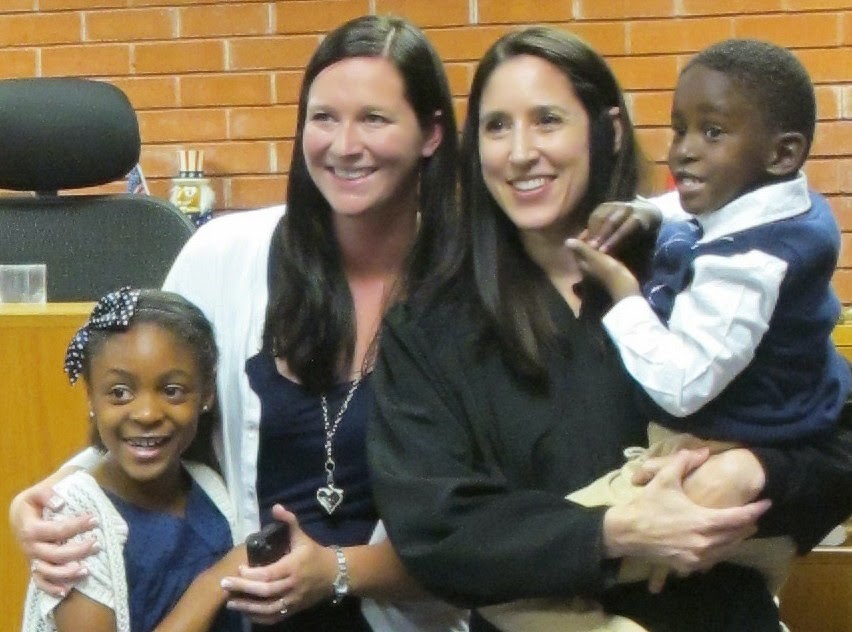 2. That was on Friday.  On Saturday, we said our goodbyes, hopped in the car and started east.  Six days.  Nine states.  California, Arizona, New Mexico, Oklahoma, Texas, Louisiana, Mississippi, Alabama, Florida.  The fave here is two fold.  I'm thankful that my spring break coincided with the adoption so I could ride along on the trip.  I'm thankful that we were safe.  No accidents, no car problems.  2,500 miles.

3. I love road trips! Camera in hand, I documented the miles.  No, I won't bore you with the dozens of photos of the endless highways.  But here are just a few... (if you scroll down to earlier posts, you can see pictures from the first two days) 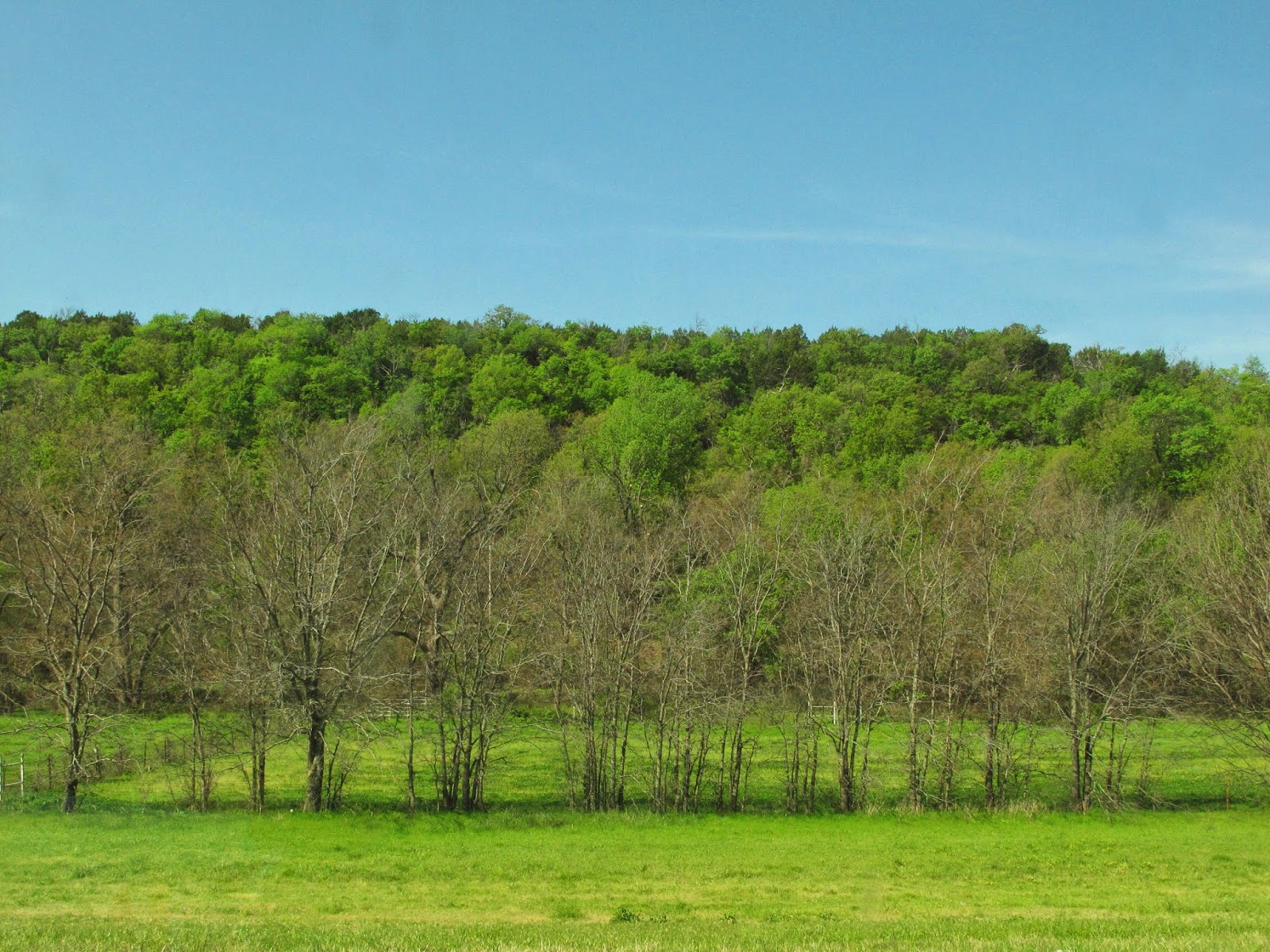 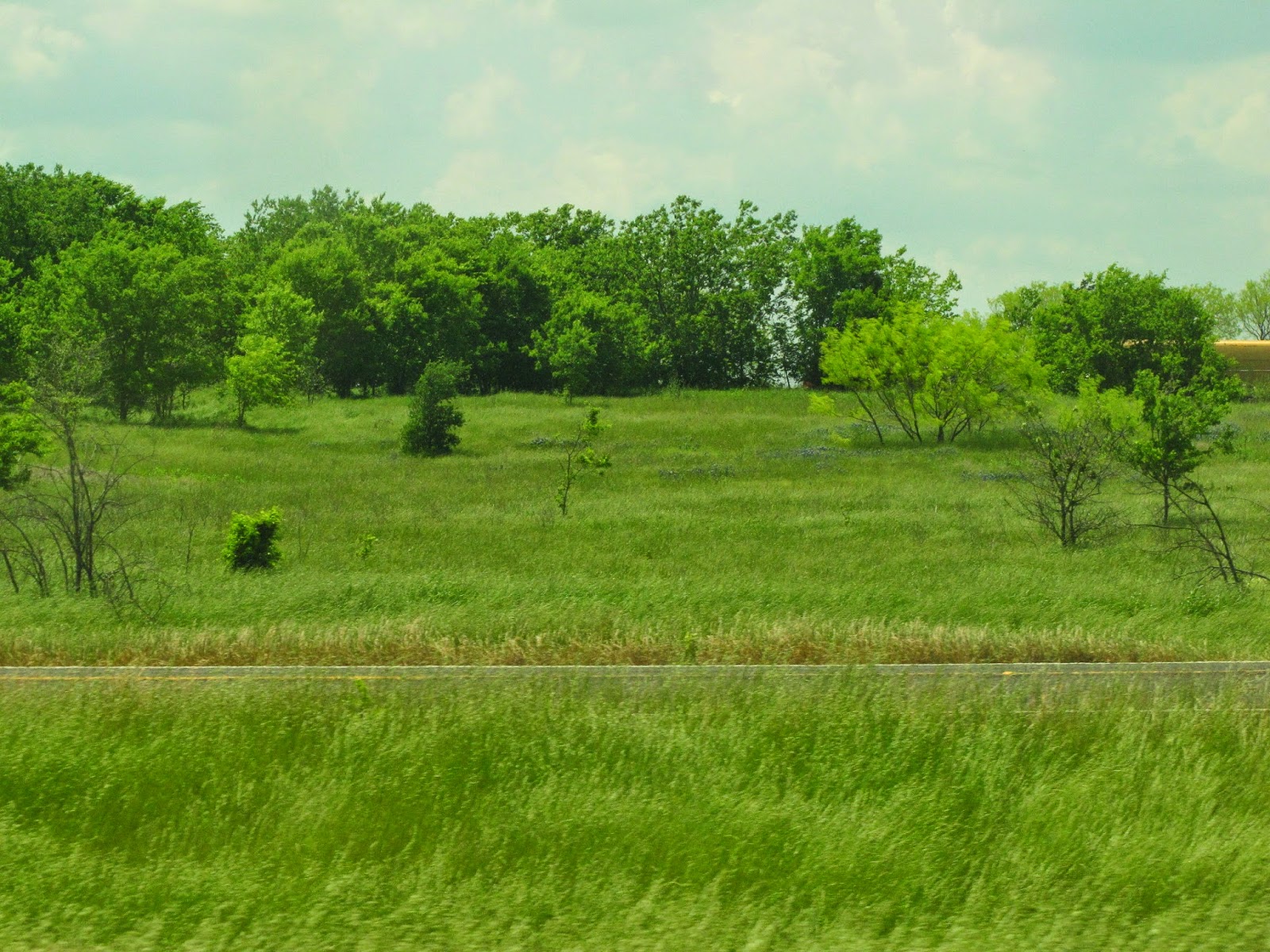 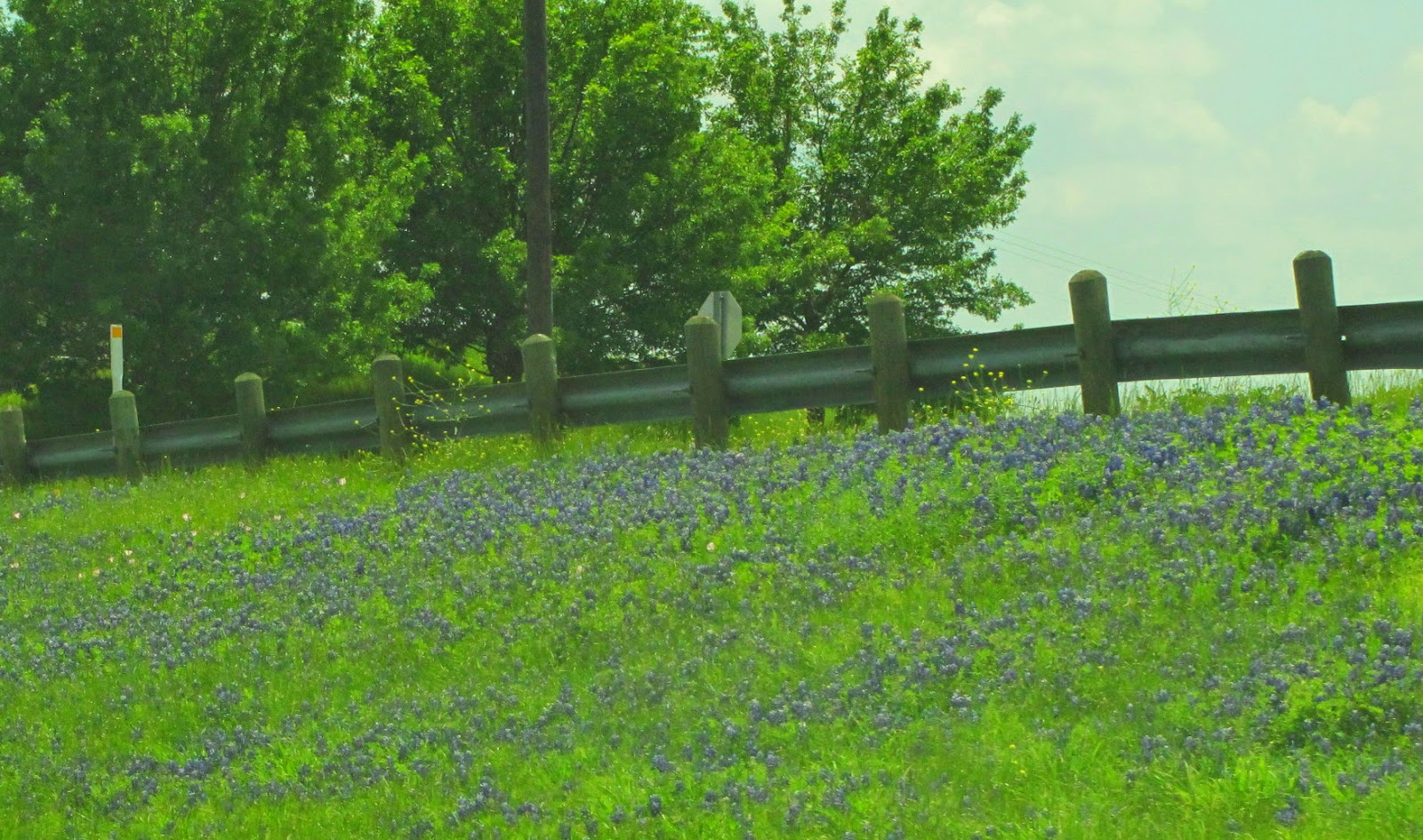 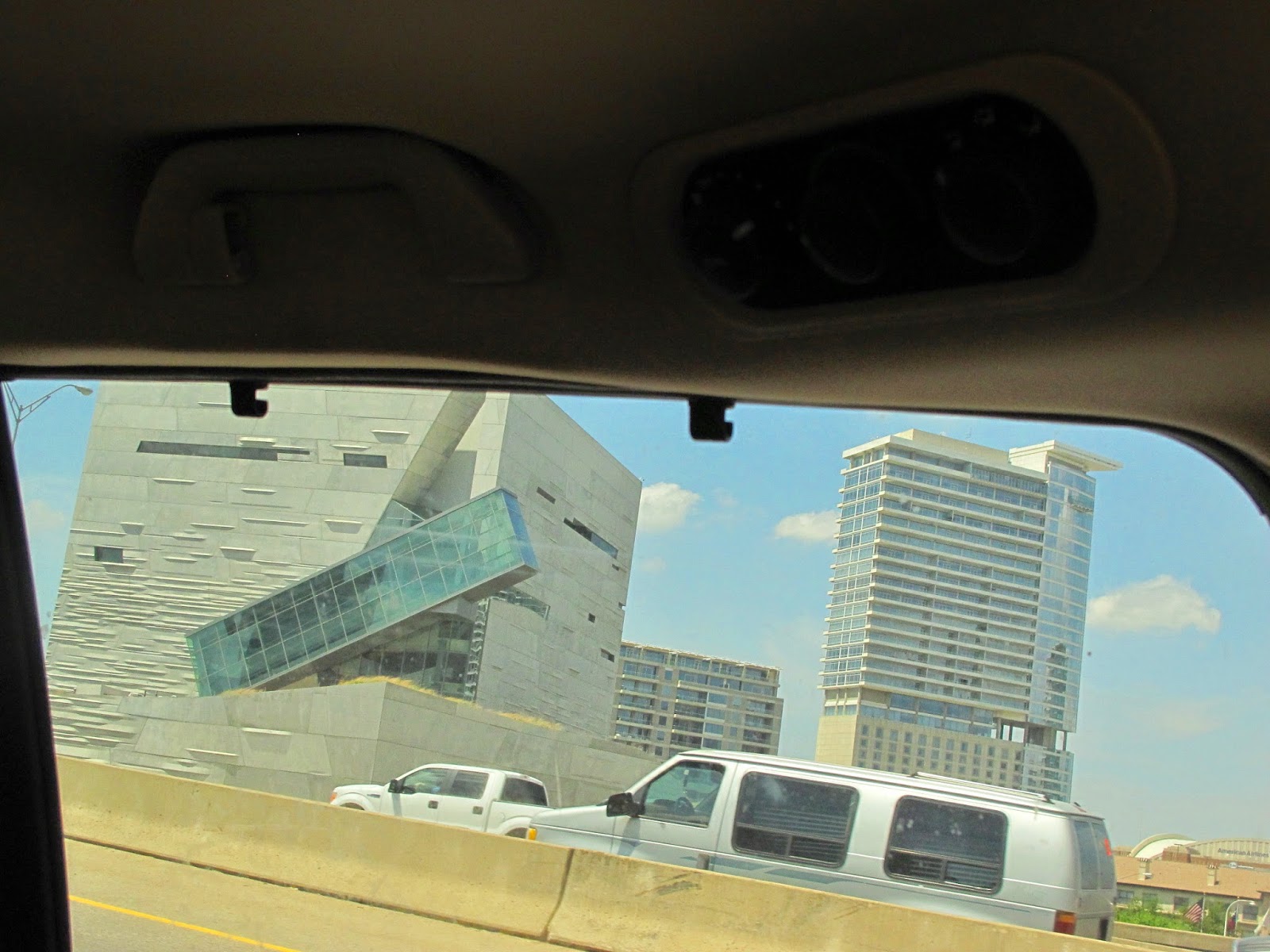 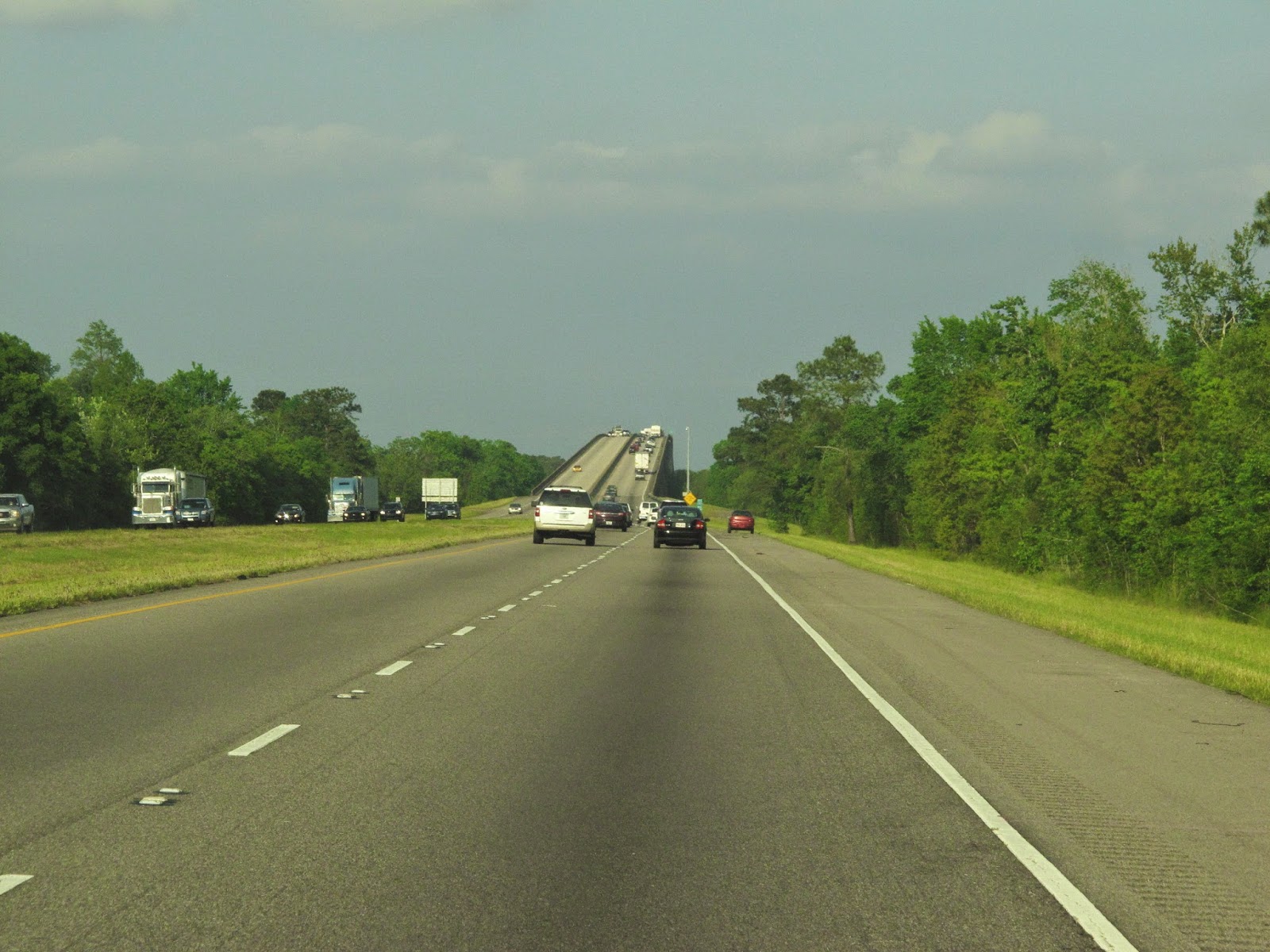 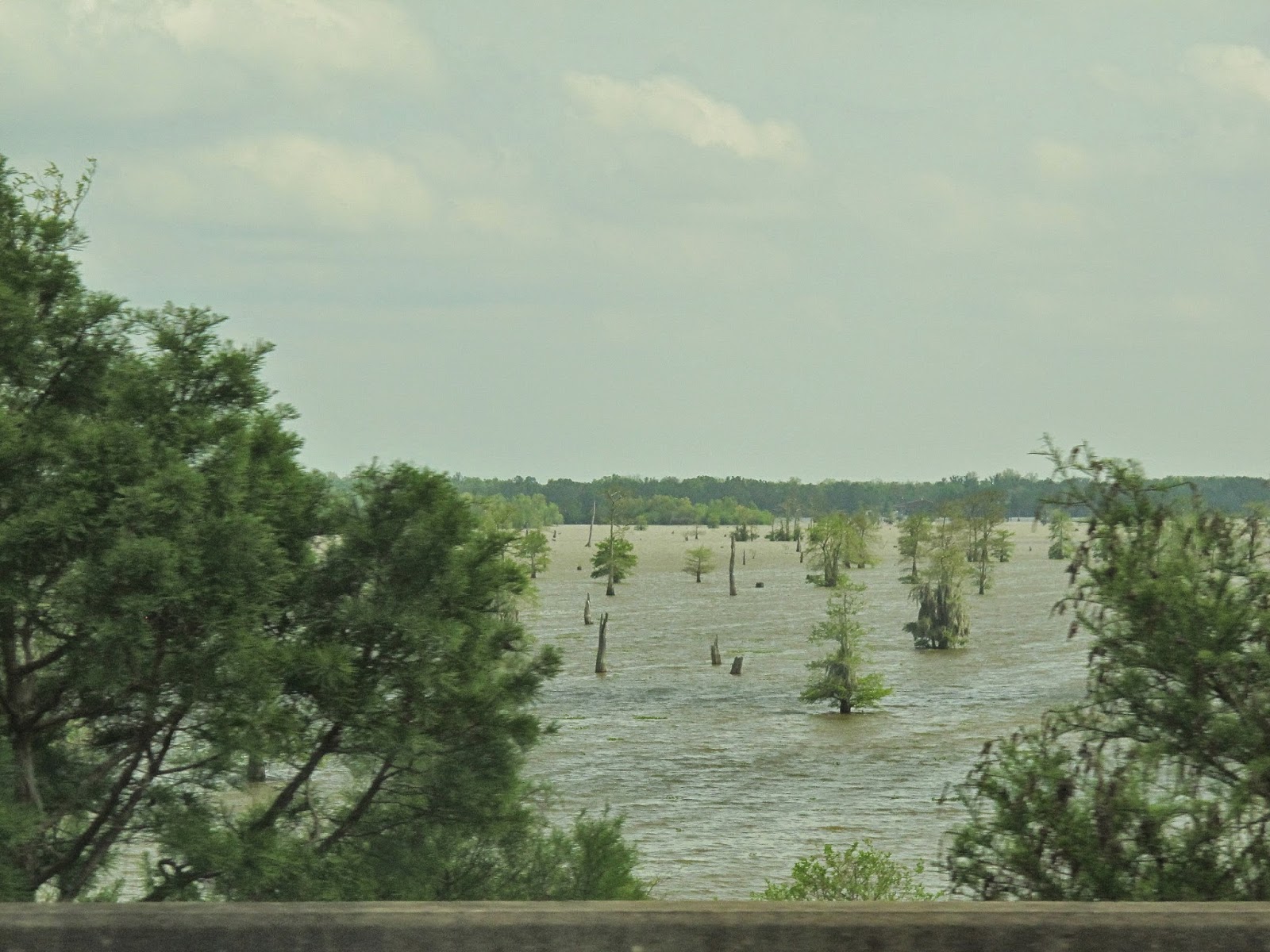 Light at the end of the tunnel.
Almost there. 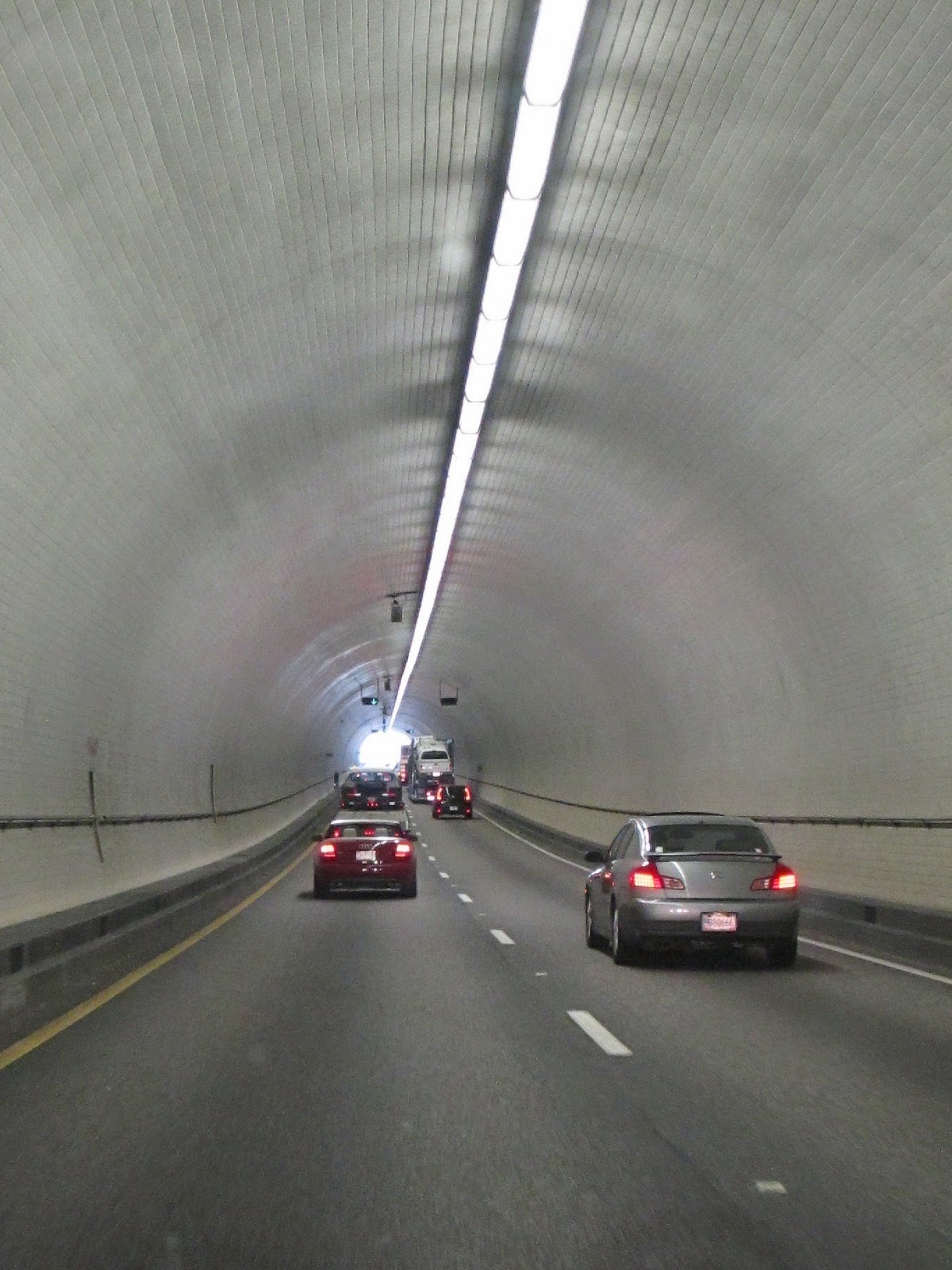 4.  Best hotel.  Houston.  After a truly scary first attempt at sleeping in Houston, we moved to Omni Hotel Houston to sleep safely.  (More on that later; it deserves a separate post)  My son-in-law should be awarded some kind of medal of valor or honor or persistence in protection for arranging this for us late at night.  The staff at Omni Hotel were amazing. Our room was ready with beds prepared and so many little extras added.  Zoe Grace and Liam had gift bags waiting, filled with food for the fish. 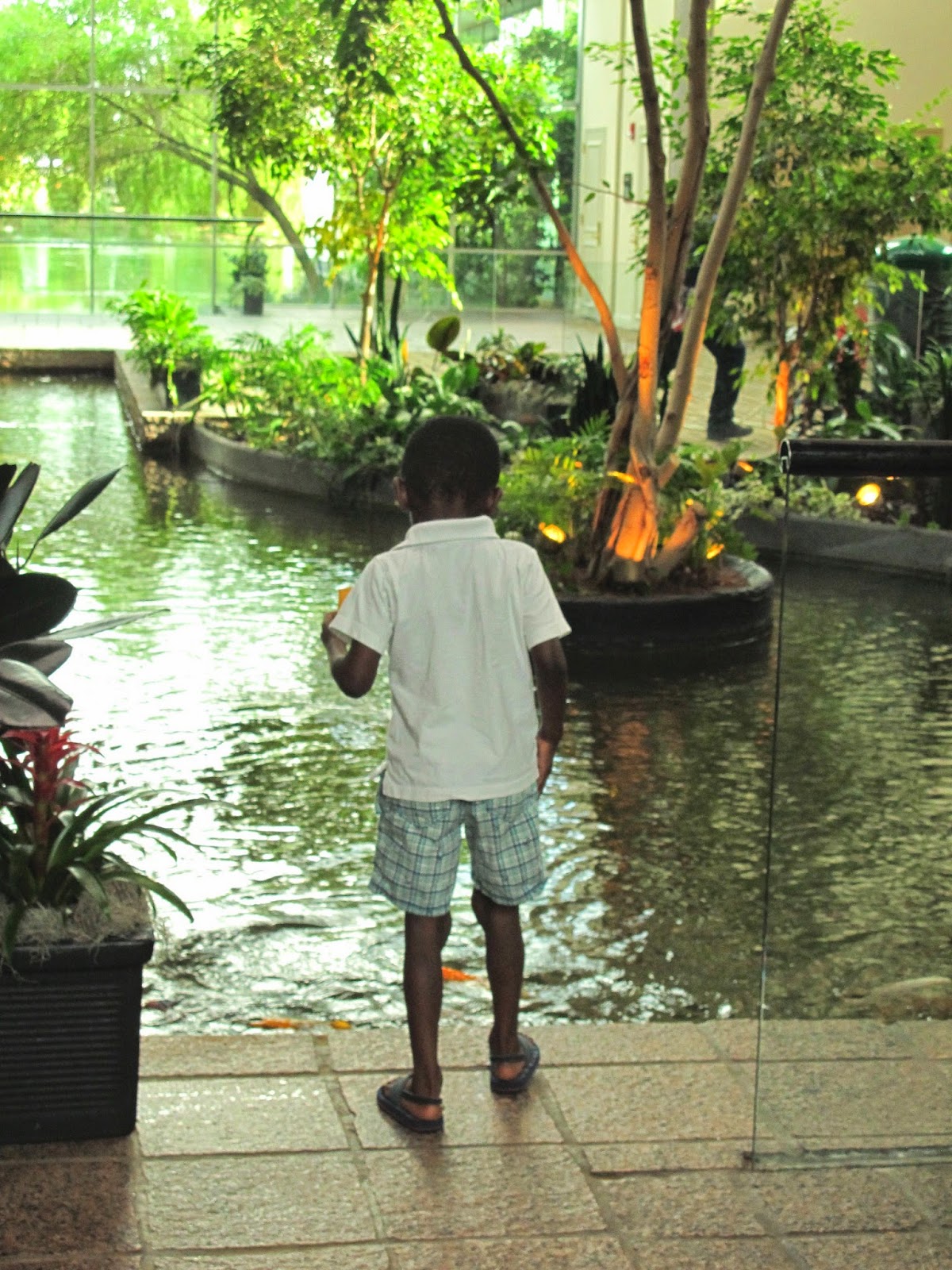 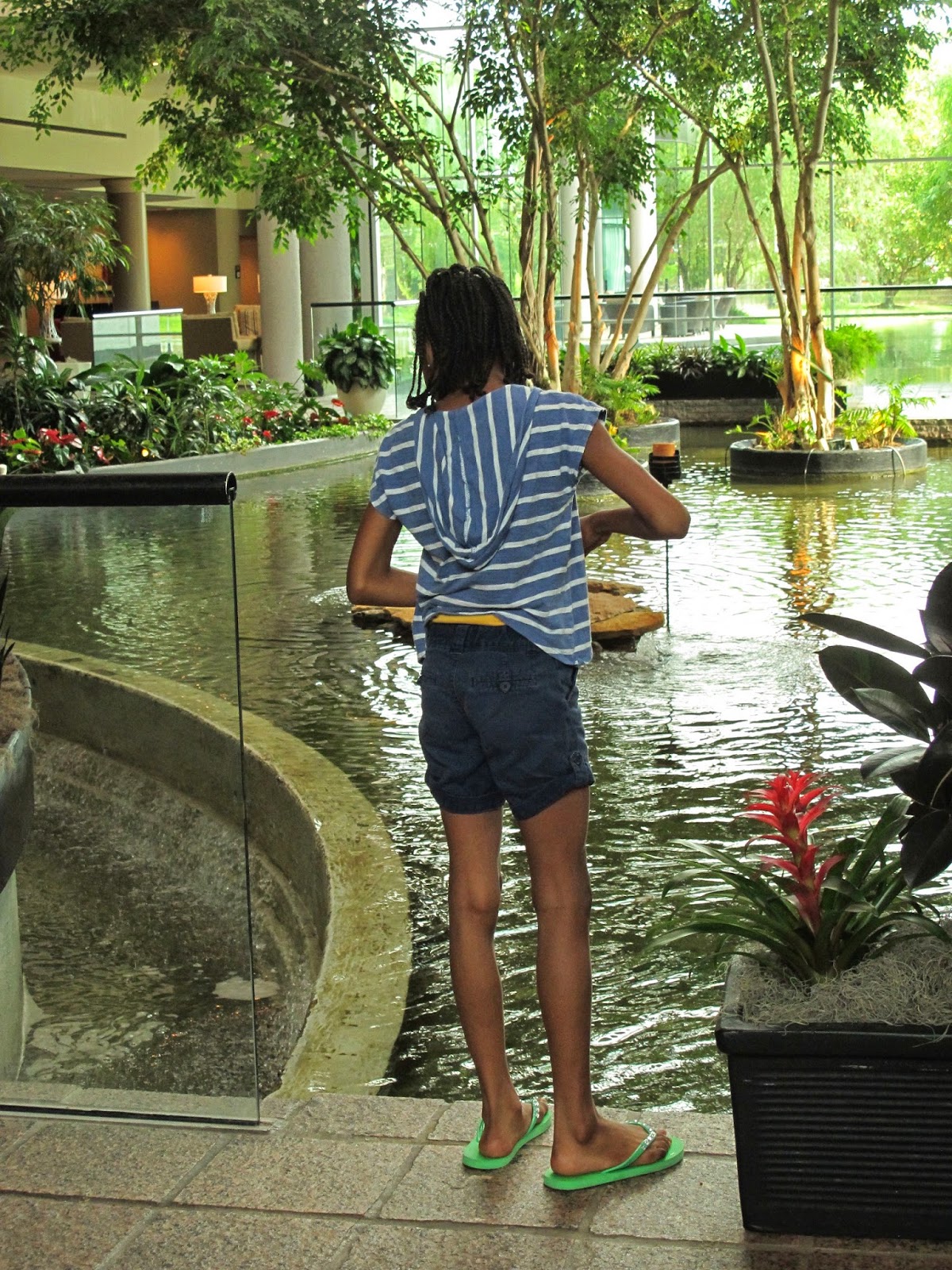 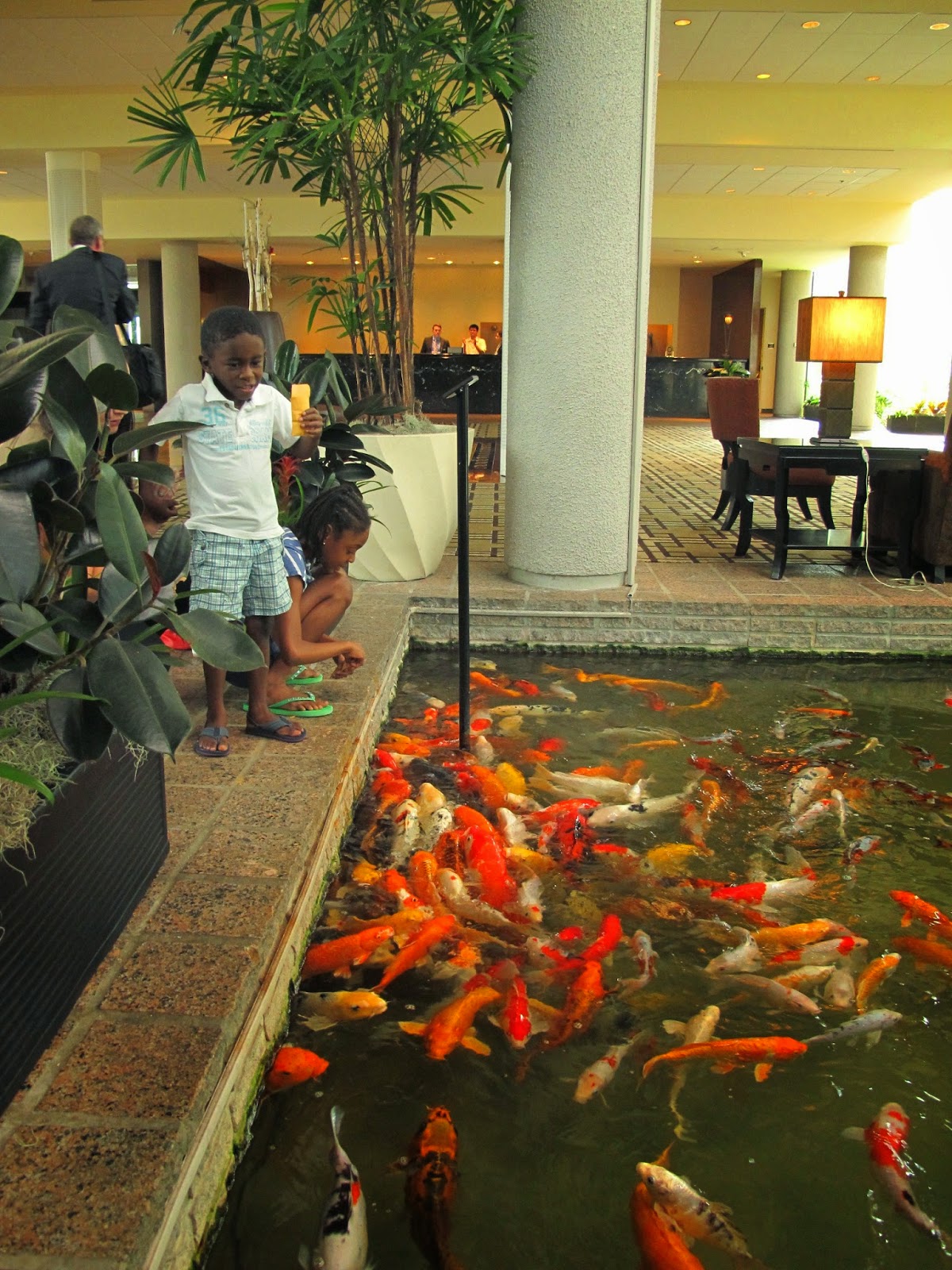 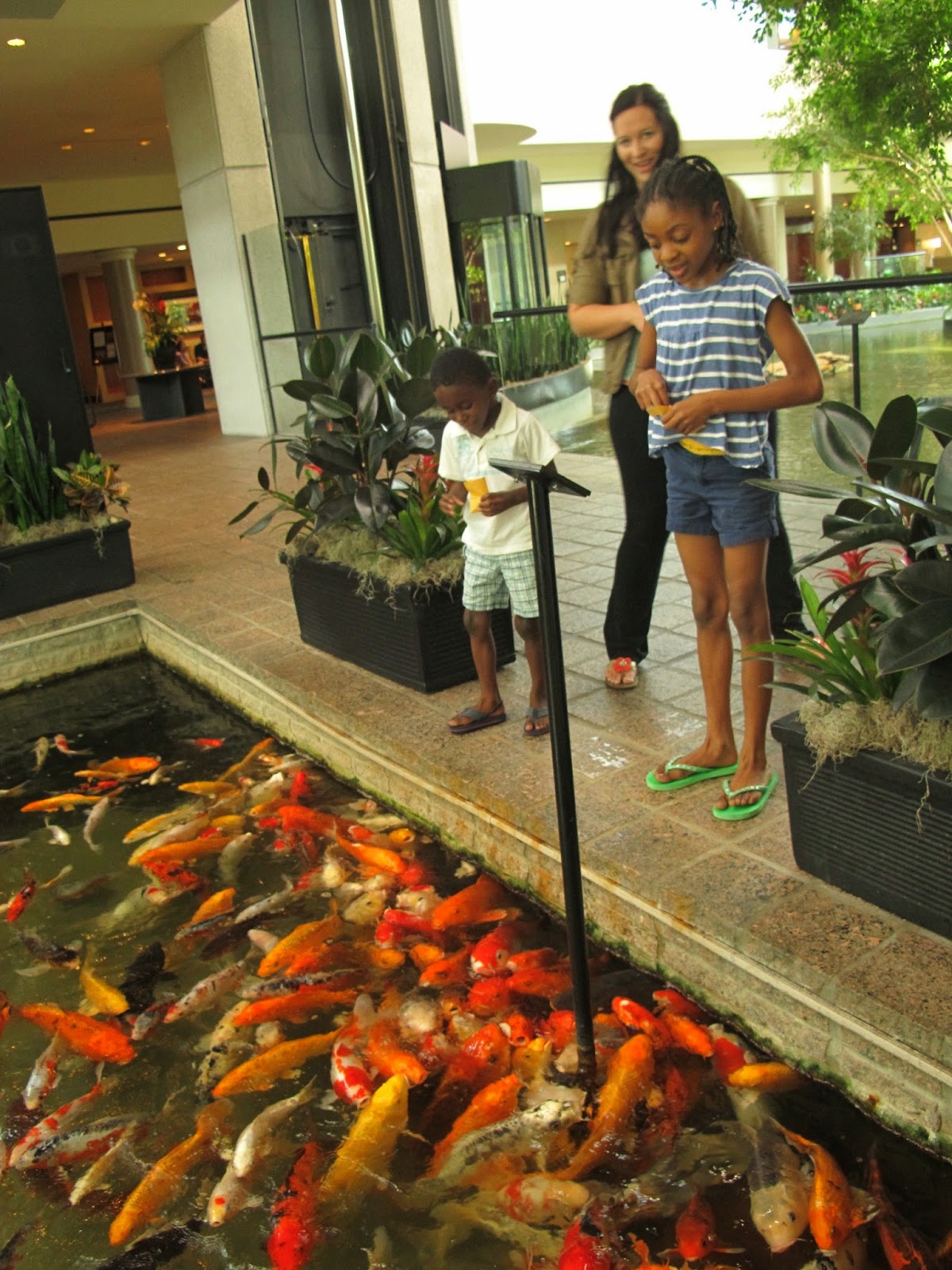 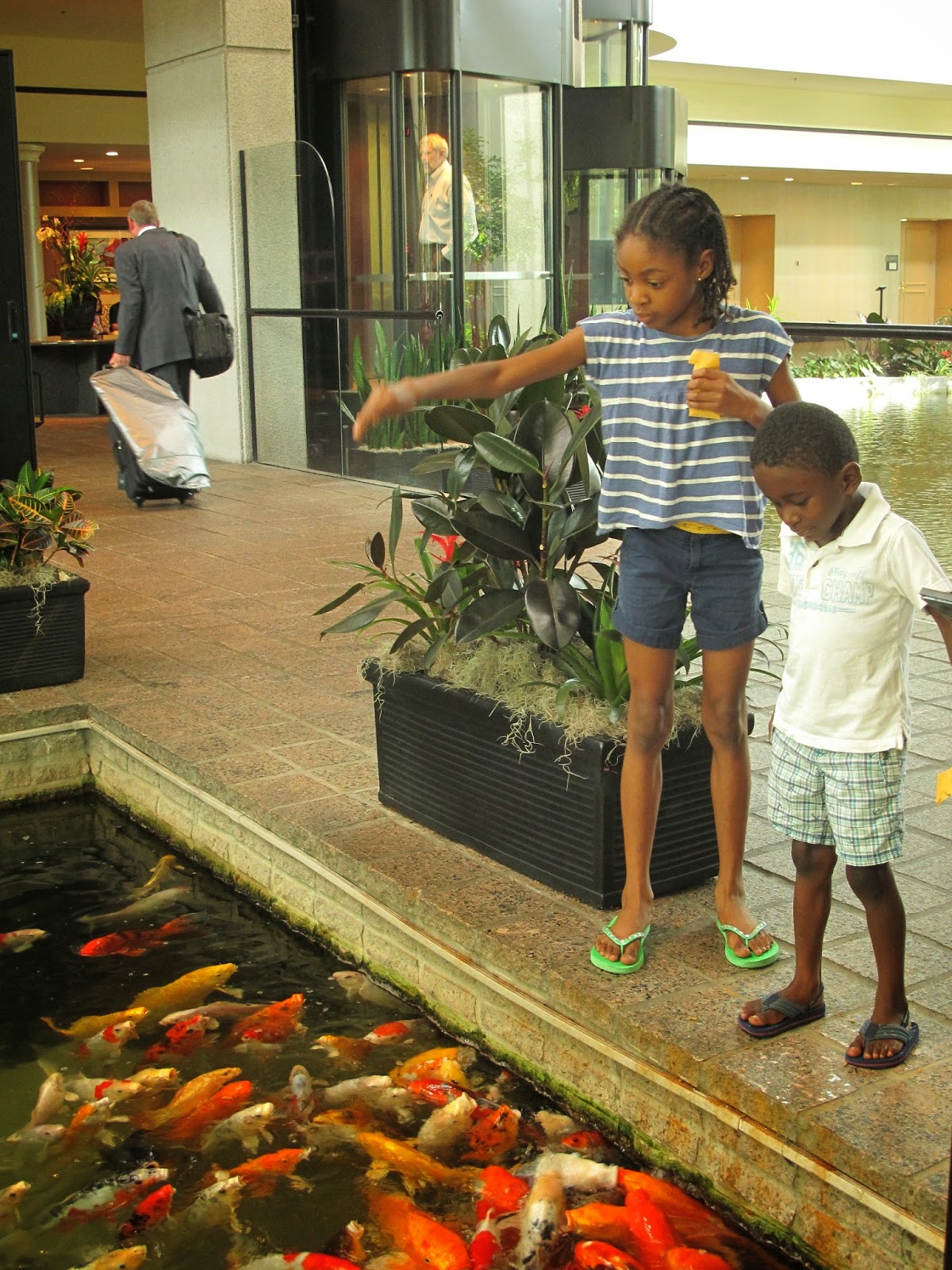 "Look at all those fighting fish!"

5.  Have you noticed the photos??  Faces forward.  Finally, we are allowed to post photos of these beautiful children.  Here they are with their beloved cousin, The New Boy. 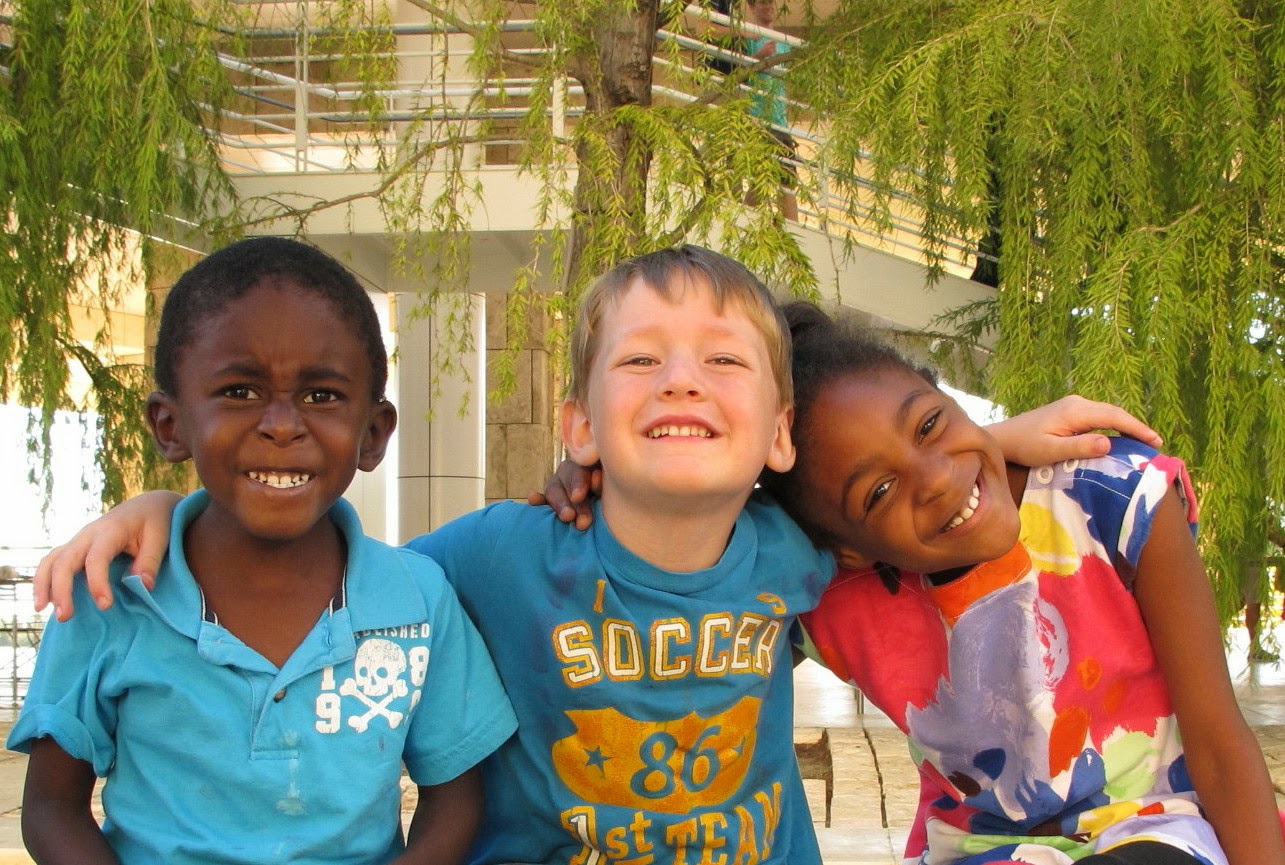 Can you hear me cheering from the East coast?? Yay!! So happy for all of you and what a darling picture of the cousins all together. God bless your dear daughter,sil and little ones!

I just saw the news on your daughter's blog. What a blessing to have all the legalities wrapped up and behind you!

I told her also that you are a braver woman than I am! I'm not a good traveler - the most I have driven is 3 hours. I'm glad you had a safe and enjoyable journey.

Cheering here in New York State! That is just awesome news!! I love all your photos but that one with the judge is my fave...such happiness!! God bless your daughter and son in law and please tell him "thank you" for his service from the T family in NYS :)

What a week! A MAJOR, major family milestone. This post does my heart good. I so long for the day I can post about bringing our little India belle home. Florida? You were HERE? Oh, my! What a blessing -- and thank those children's daddy for his service! Have a great week ahead.

So wonderful. So happy to see their sweet faces!

Oh, happy day... what wonderful family news!! LOVE seeing the kids. :o) So happy for you all! ((HUGS)

Oh, those GIGANTIC smiles. Love it. I'm so glad you are joining them on the trek eastward. More memories to make.

I'm so happy for you and your family! So exciting! Quite the road trip. I can't imagine being in a car for 6 days.

What a wonderful, heartwarming post. Such wonderful news and what beautiful children. Thanks so much for sharing! Have a greta week. Ros