We Found Our Way to Santa Fe

So, here's why it's been quiet around here lately.  No posts because I've been living life in the passenger seat of the CRV.  We did pass through Santa Fe on our way east.  From Phoenix, Arizona, you drive north past the Mogollon Rim to Flagstaff where you catch Interstate 40 which in places parallels Route 66.  Meandering along the still existing portions of Route 66 makes The Professor a happy driver.  Santa Fe, New Mexico was our first destination.  Two nights camping at +7,000 ft elevation in mid-June=it was a little cold.  But it was fun.

I've always wanted to visit Santa Fe.  There is SO MUCH history there.

We visited San Miguel Chapel, the oldest church in the Continental United States. 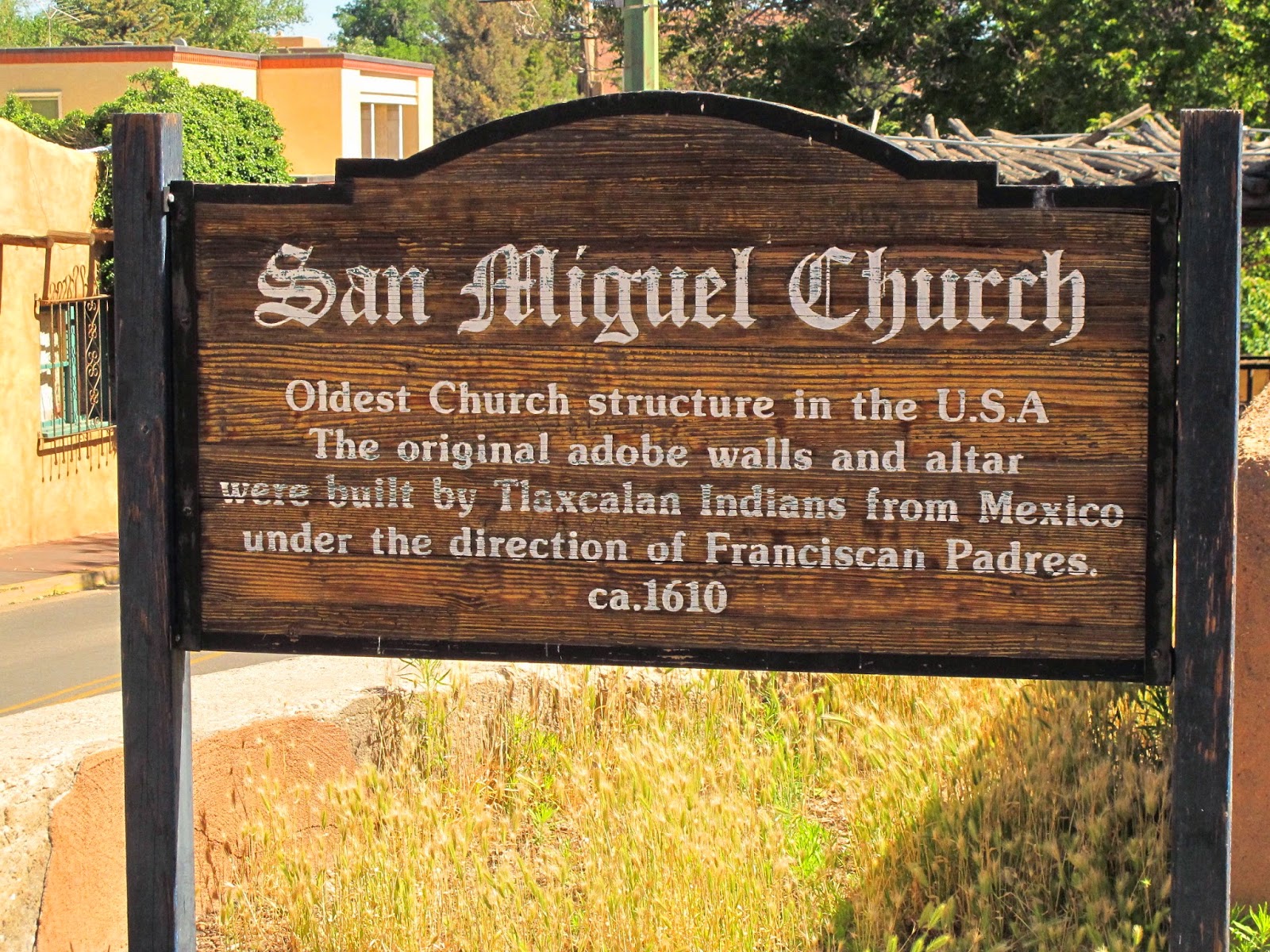 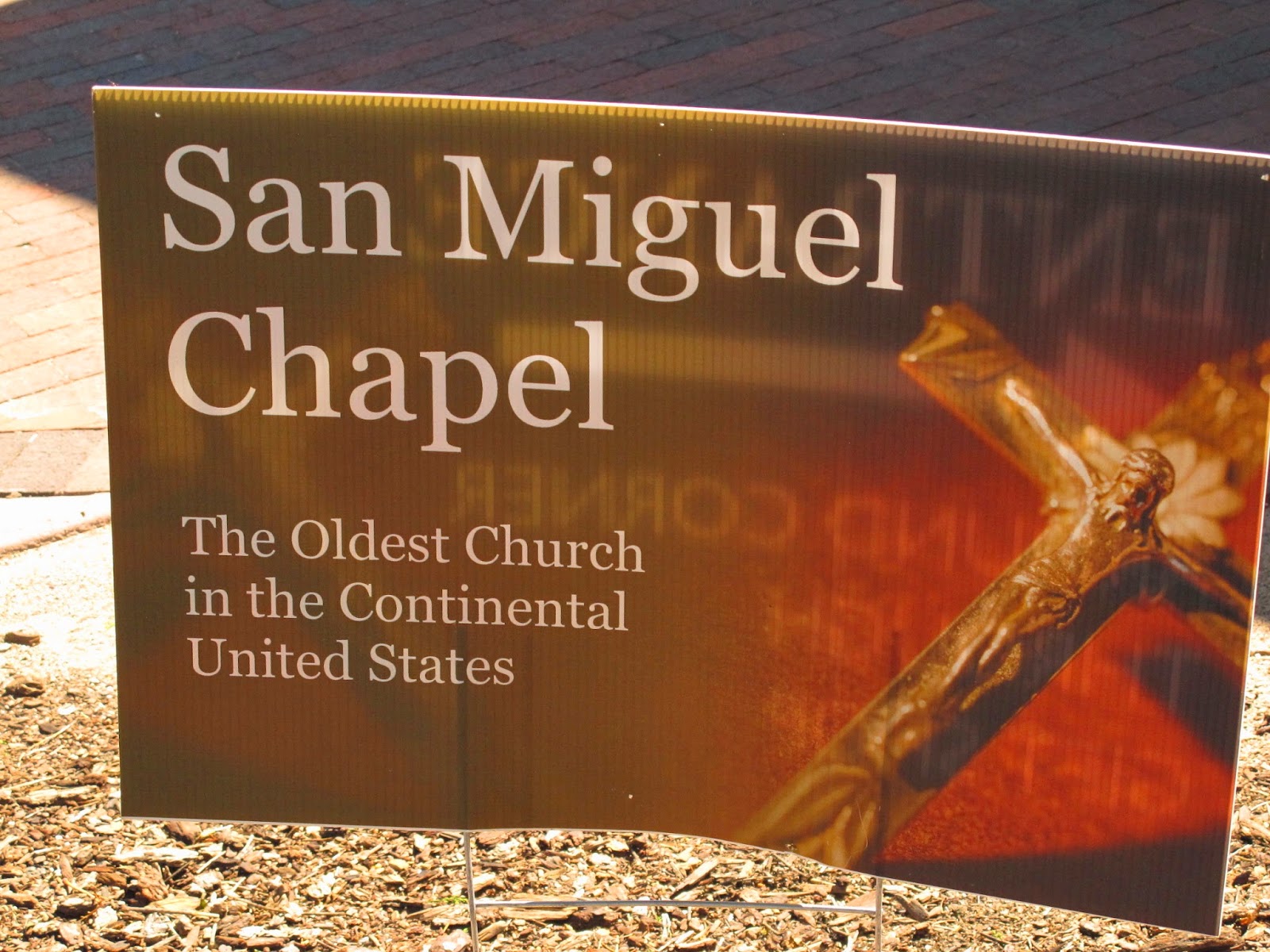 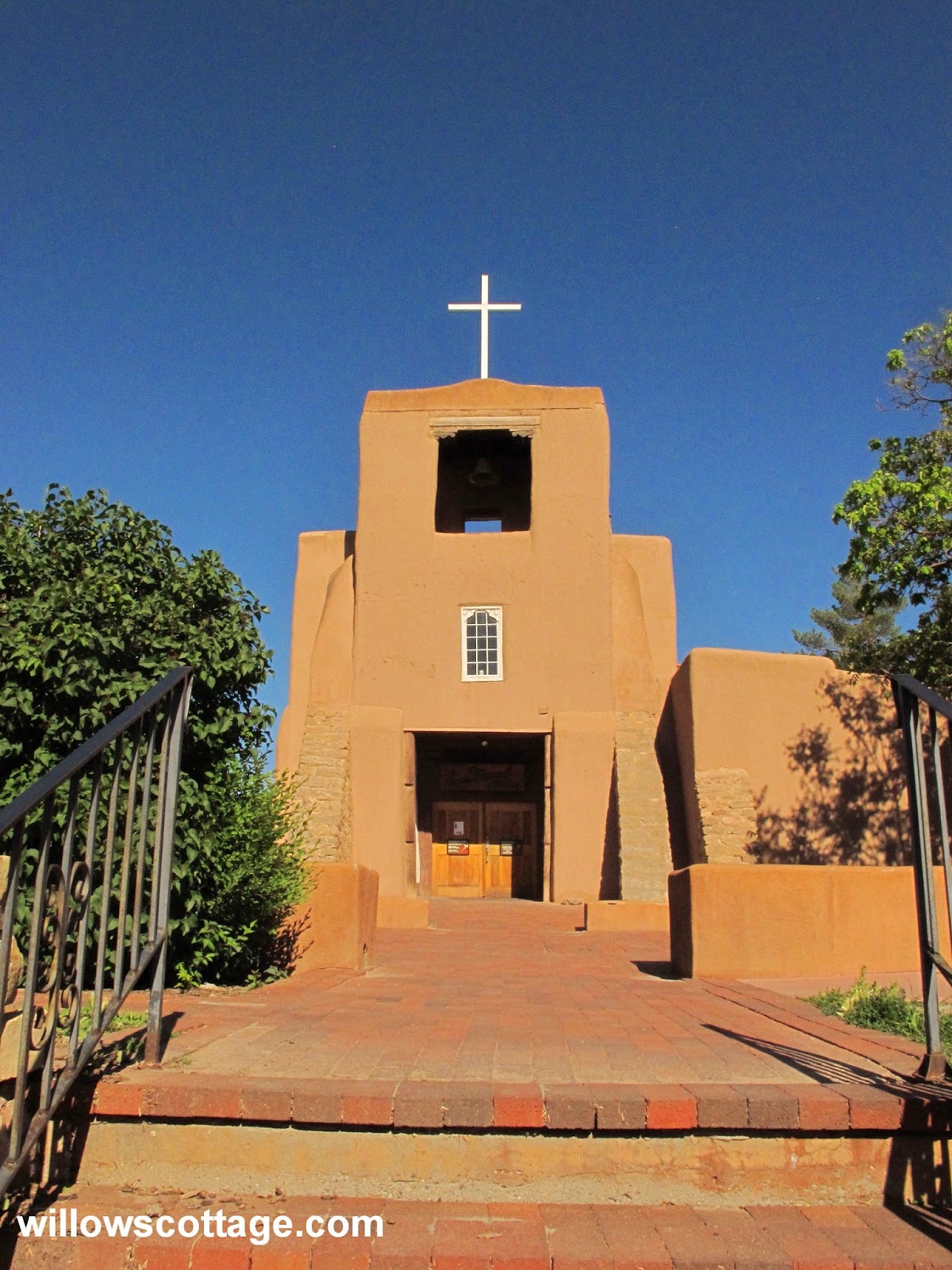 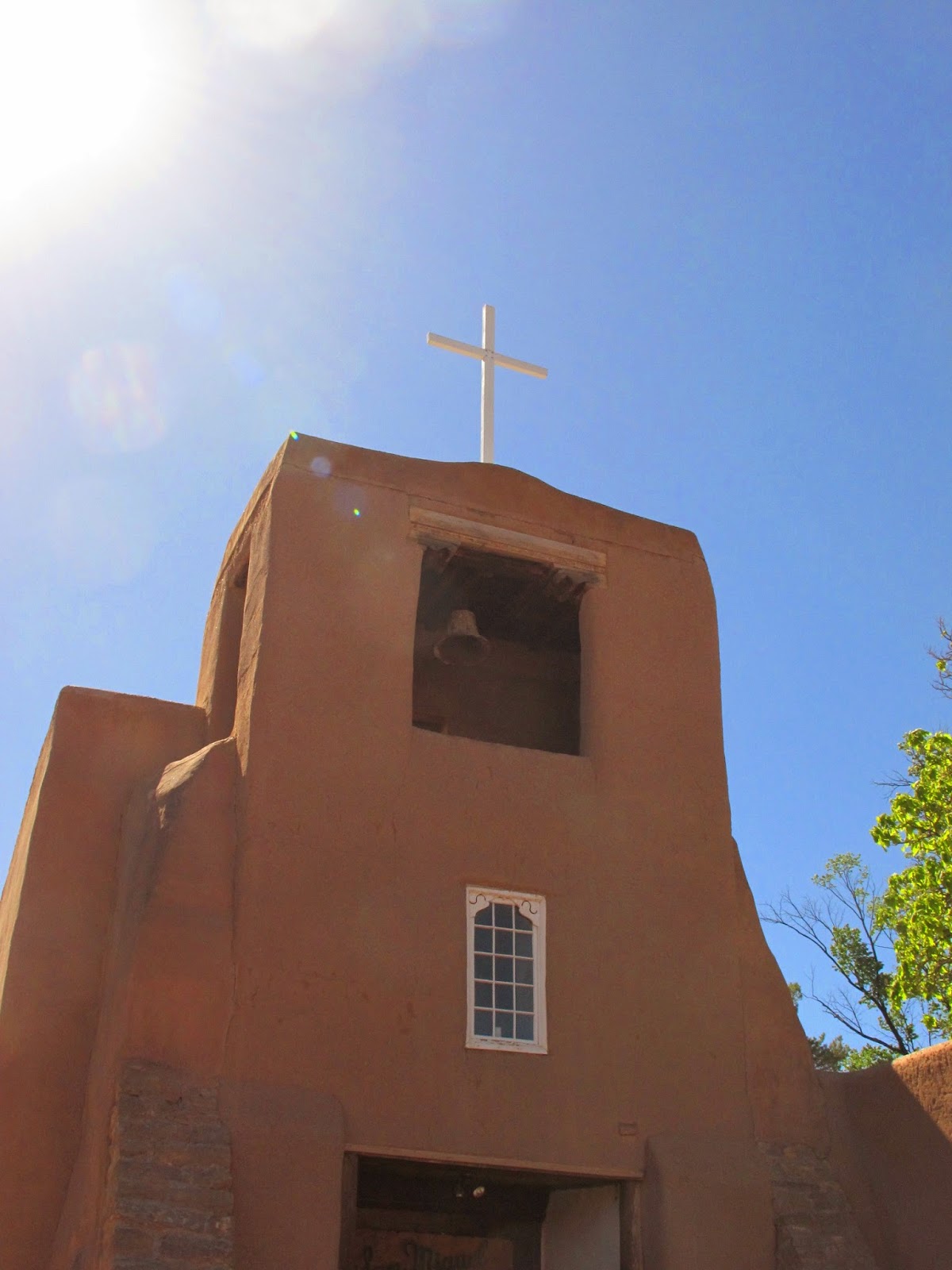 The interior is of course similar to that of the California missions. 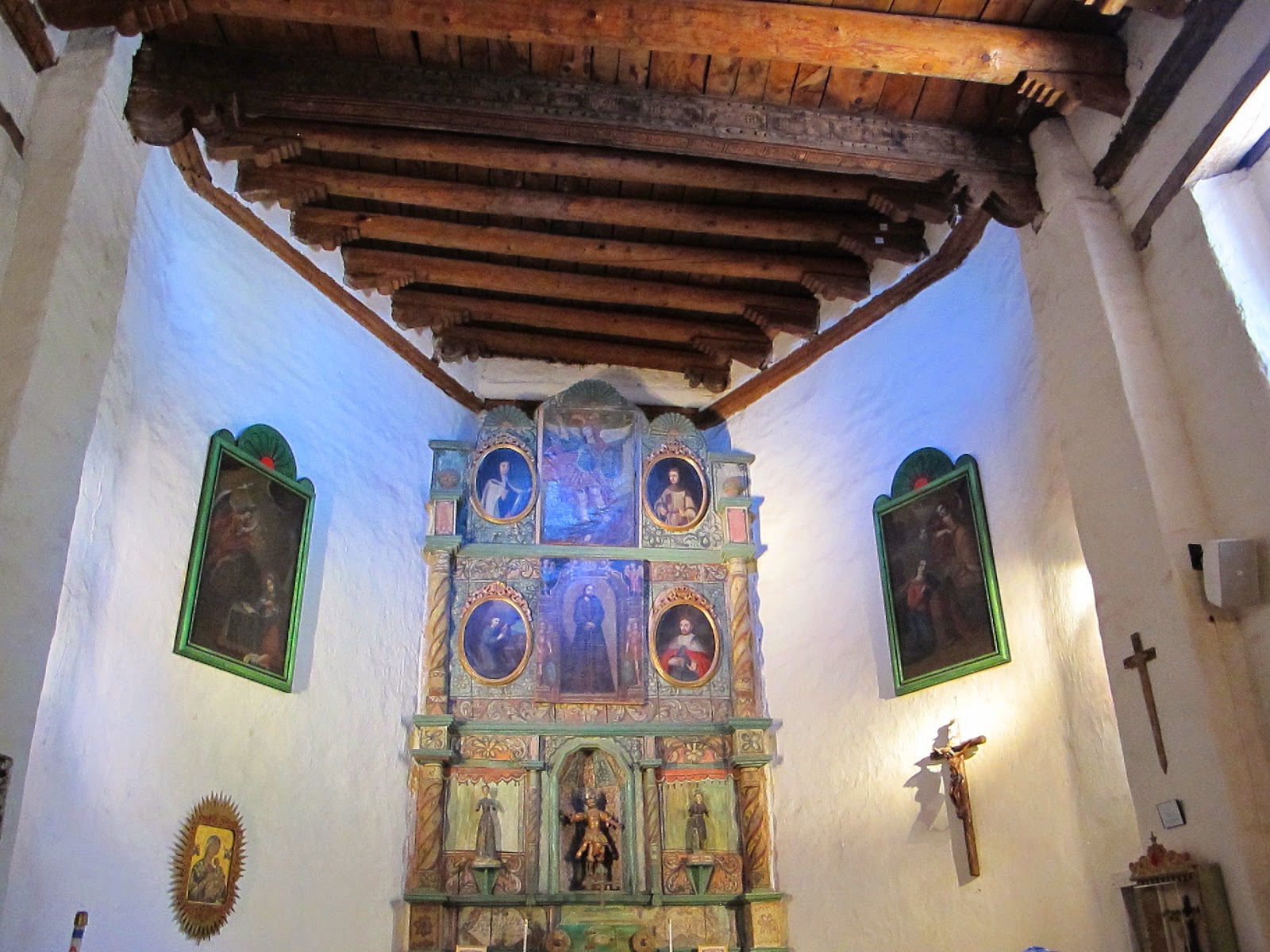 I found this deer hide tapestry which was created in the 1630s fascinating because it reminded me of the tree bark paintings from Papua, Indonesia which we own. 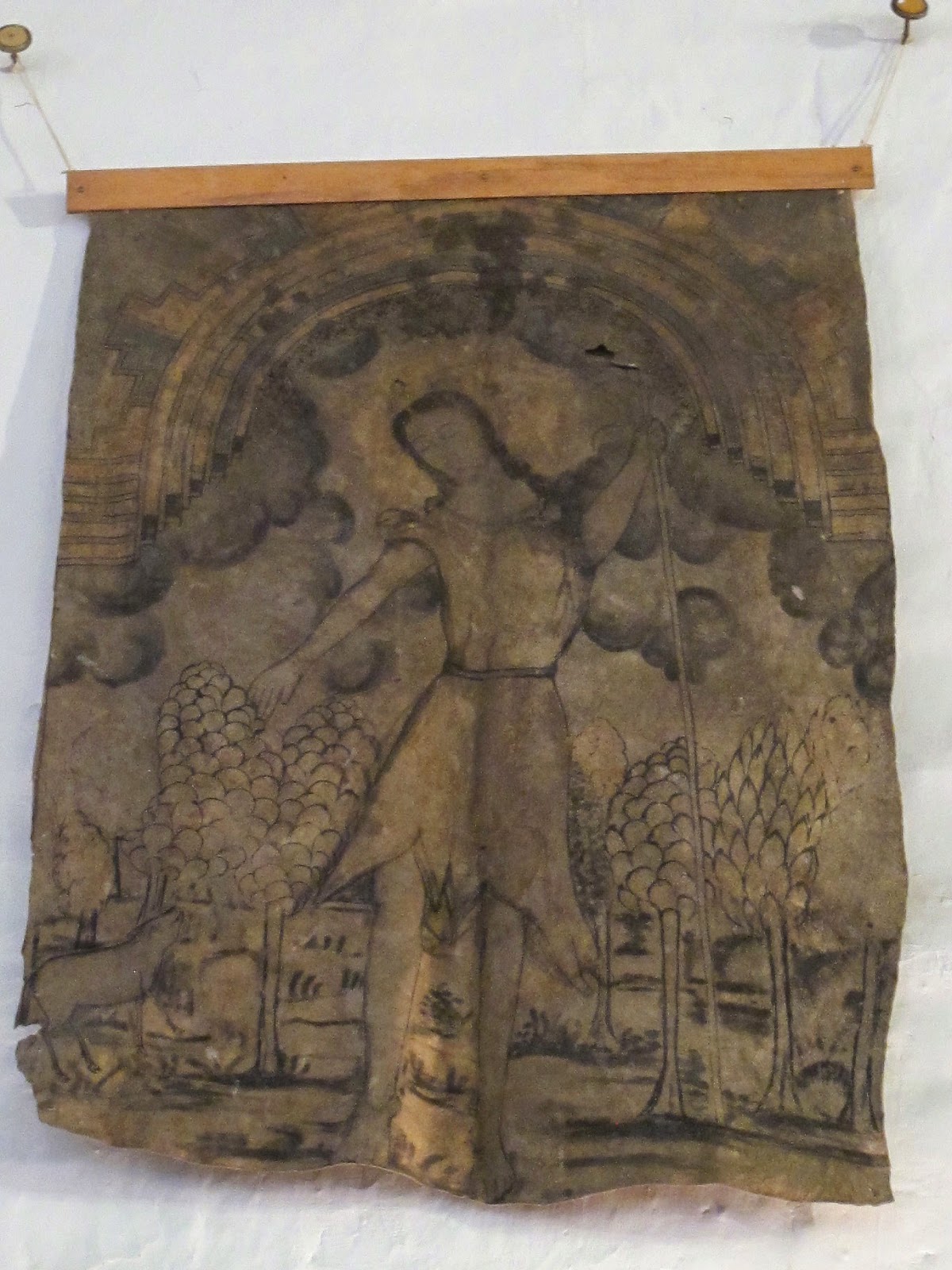 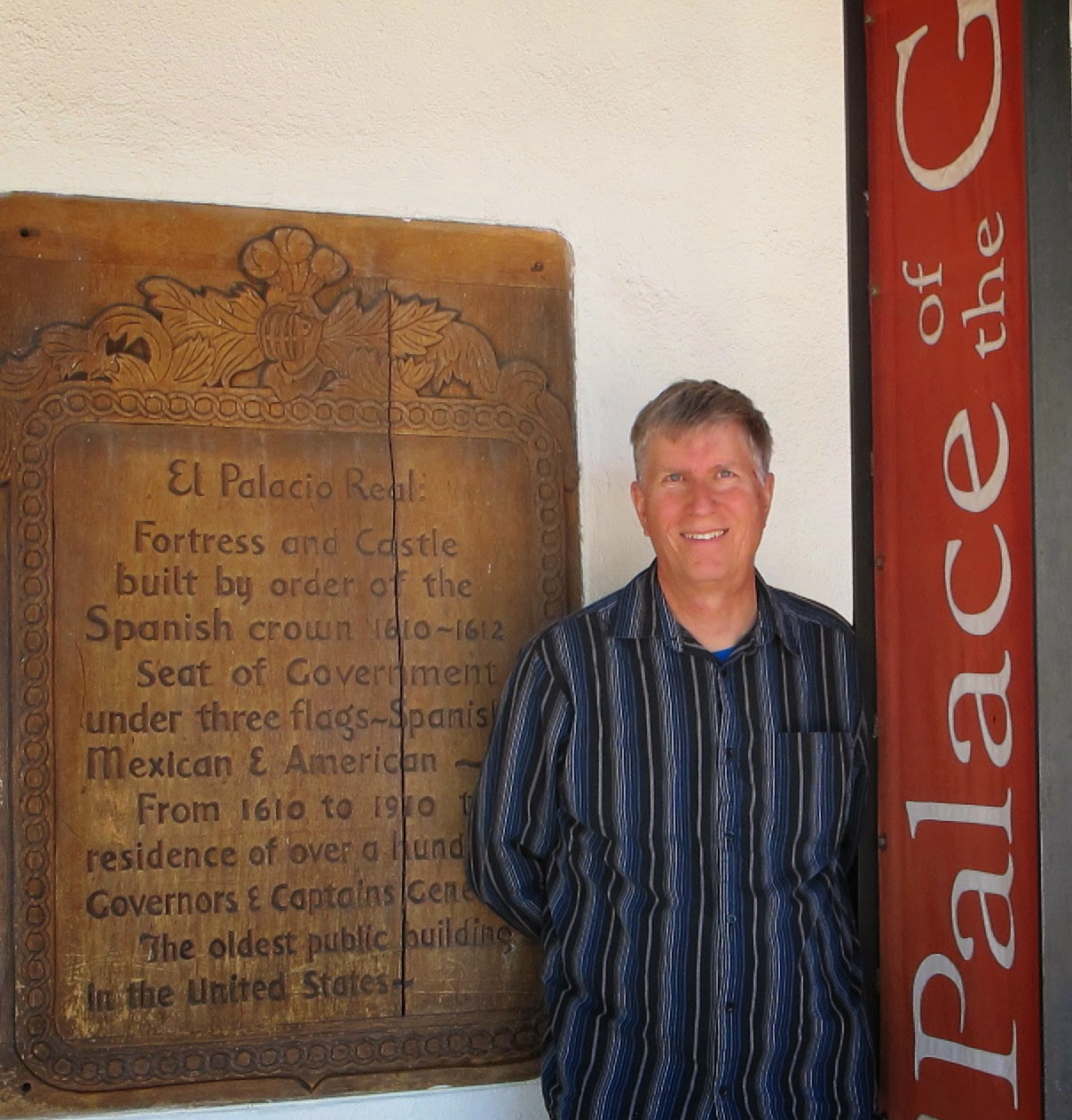 Santa Fe is not simply an historical destination.  It is also a spinner and weaver's (and knitter's) paradise.  Even the walls along the downtown stream advertise spinning and weaving. 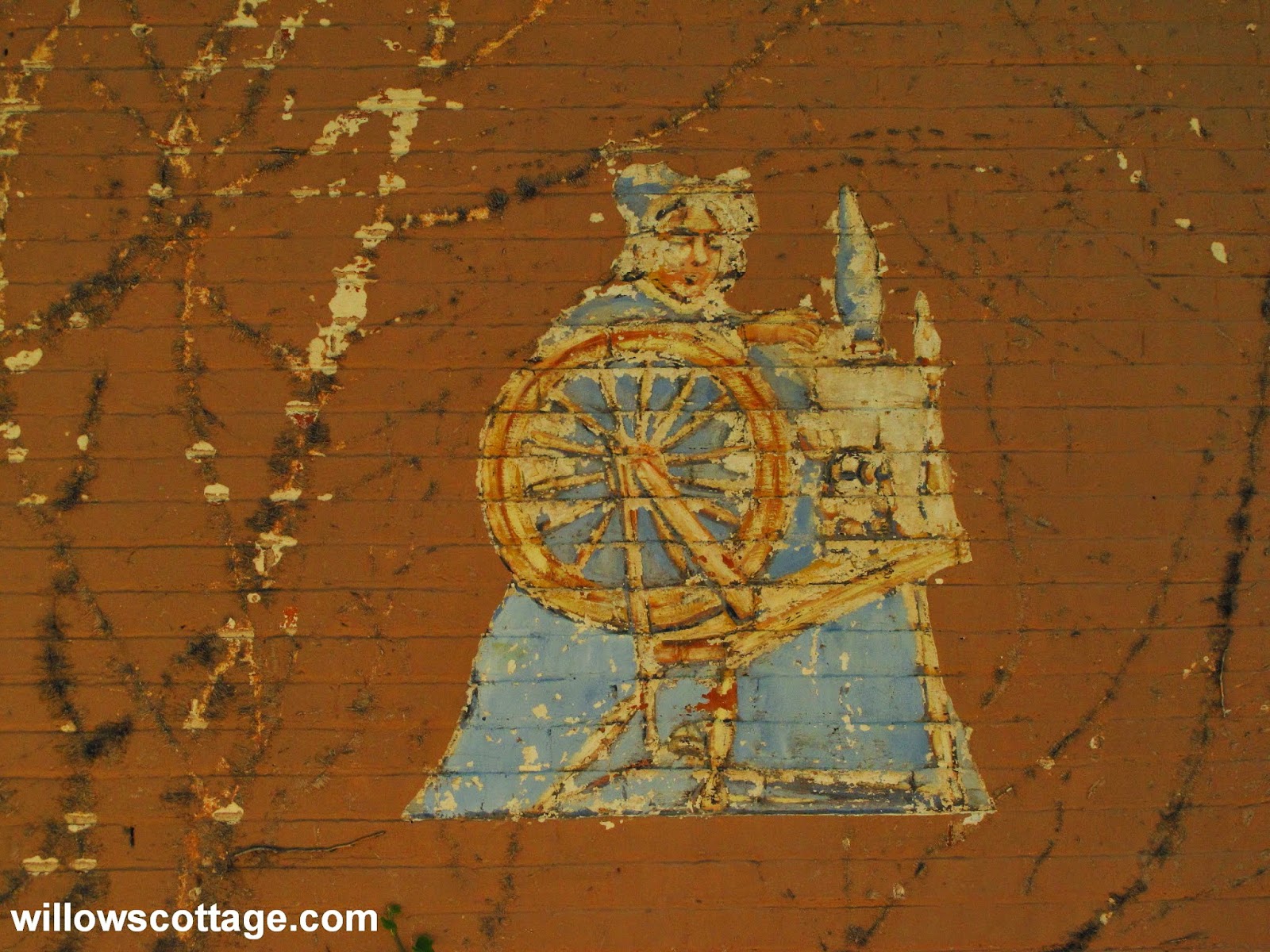 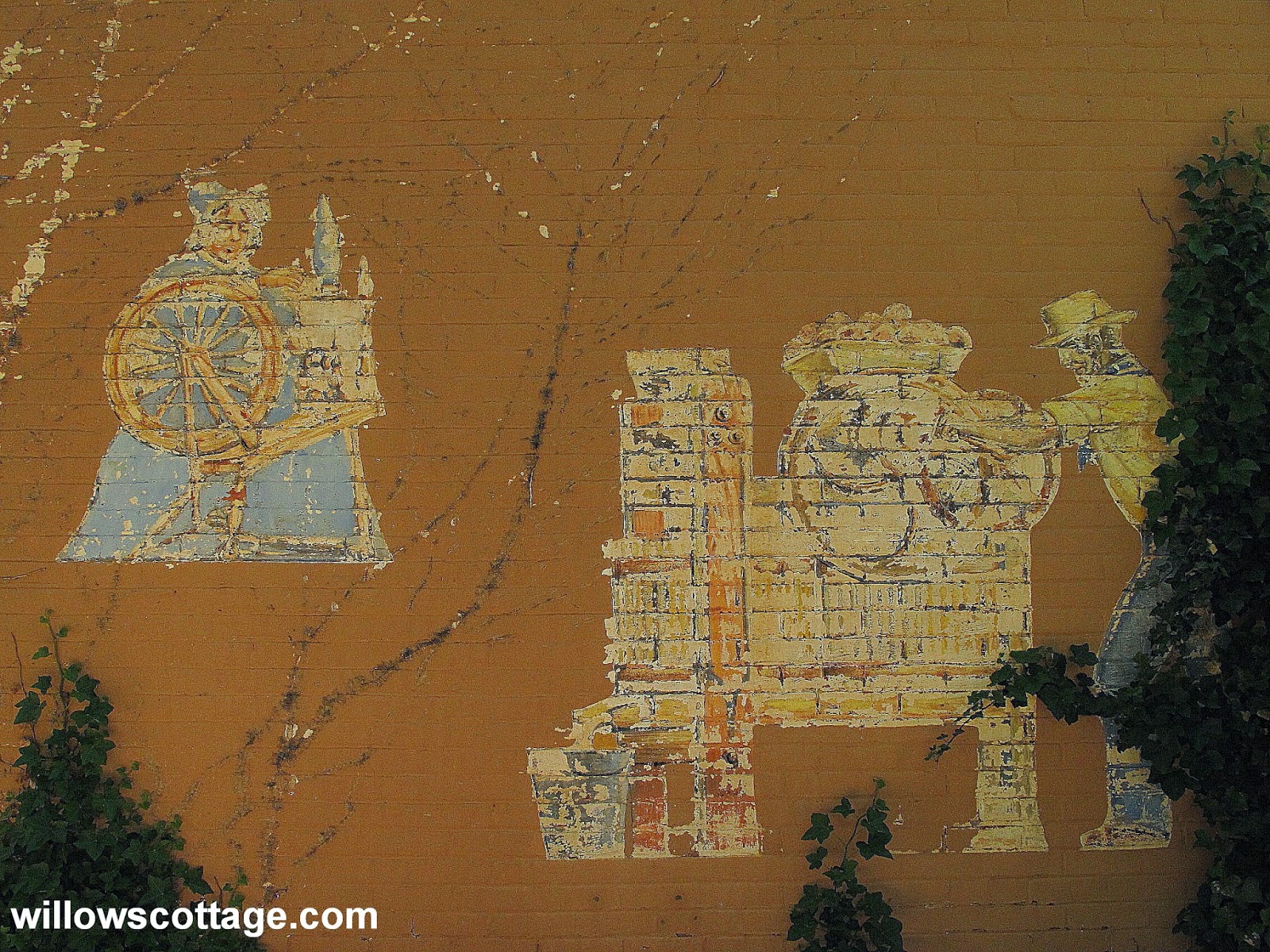 There are (at least) two weaving shops/studios in the downtown area.

On the edge of the plaza is Handwoven Originals, a small shop where handwoven items are created on location. 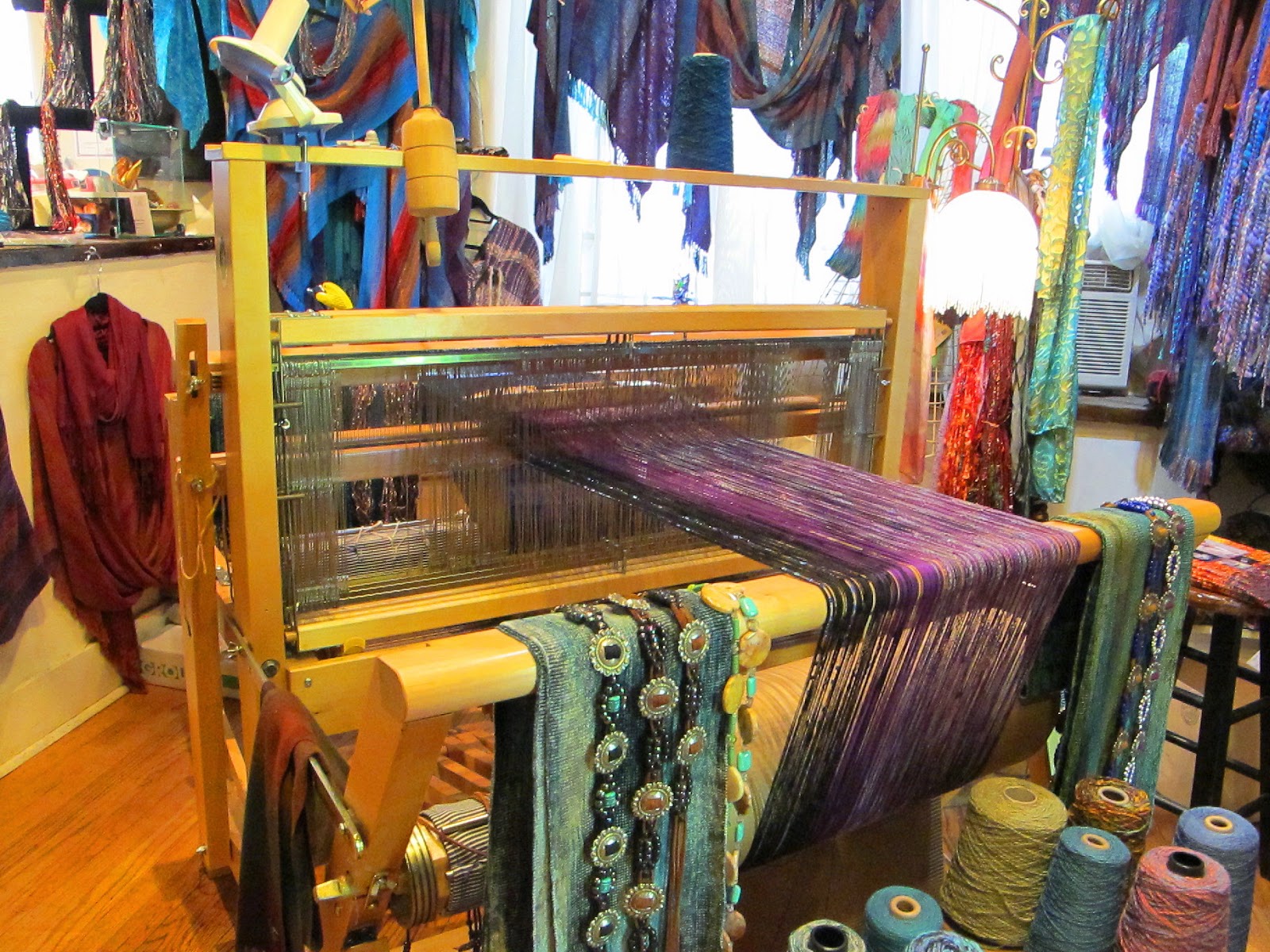 The lovely lady at Handwoven Originals directed us to Miriam's Well (Santa Fe School of Weaving) which is owned by Miriam Leth-Espensen. 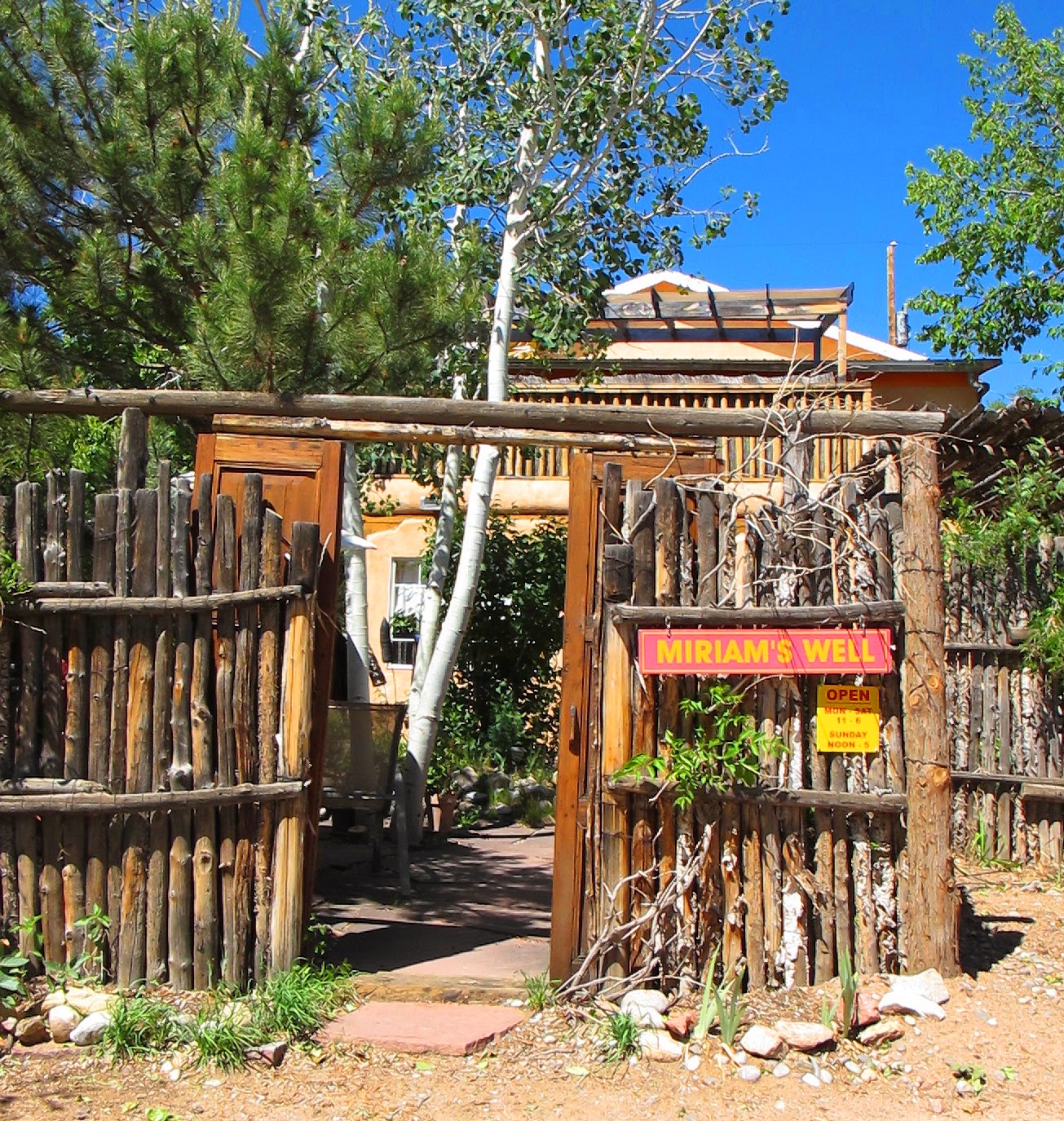 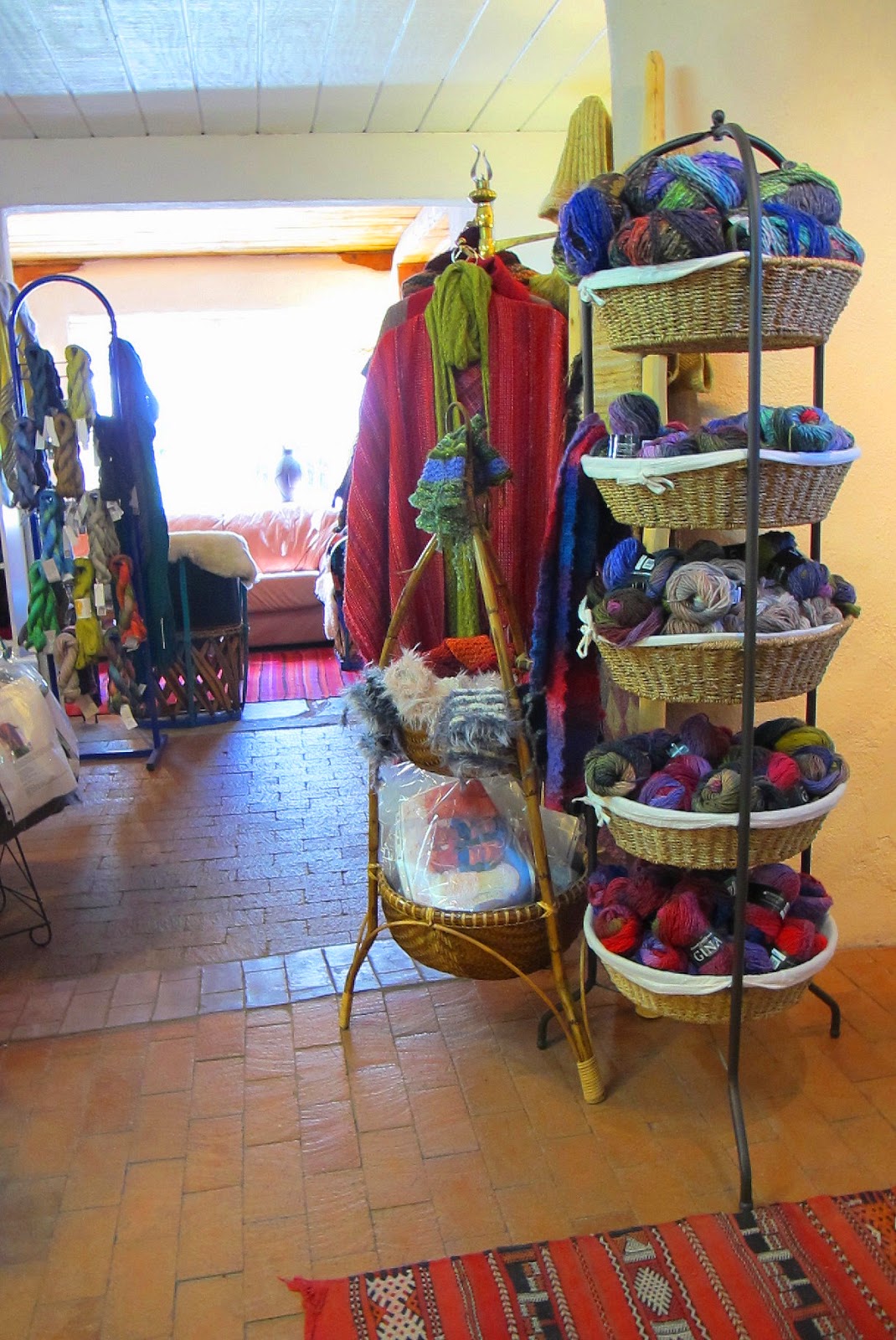 After wandering through Santa Fe museums, plazas and streets for hours, we decided we needed some coffee.  So we googled 'coffee' and, huh.  Up popped Coffee and YARN!  We couldn't resist. 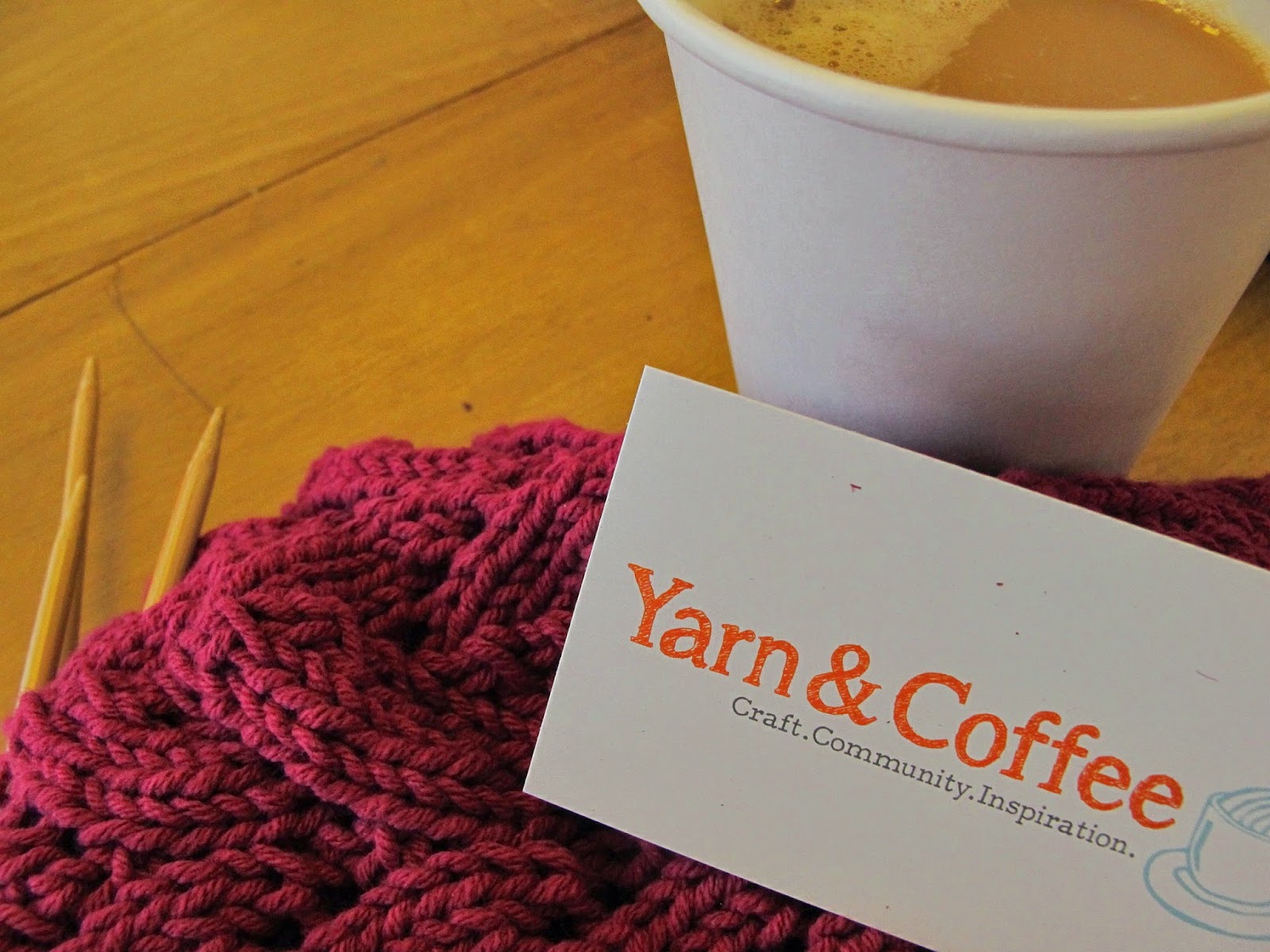 Yarn and Coffee--the perfect combination.  In the same place.  He drank his coffee and read a book.  I sipped mine and knitted a pink hat.

Looks like a fun trip. I always love seeing local history whenever we travel.

You are the road trip queen this year! Santa Fe looked like a perfect stop for your love of "missions" and yarn! Oh and coffee...

Oh so wonderful. The southwest and fiber goodness as well! Mary P

I think I am traveling wit you next time, weaving and yarn what could be more fun? Hugs to you, MEredith

I love the bright colors of Santa Fe! And I just told my daughter about the church because she's a history buff and I'm a Catholic buff so we just marveled together! ;) Your trip sounds like fun! You need wifi in the car!

So much fun, Willow! Would love to see San Miguel one day. Love the simplicity of the interior and the adobe. And all the fiber goodness...*SWOON*... Yarn & Coffee... Well, it just doesn't get better than than, does it?! ;o) Thanks for taking us along... look forward to the MORE! ((HUGS))