It has been awhile since I wrote a post focused on just my knitting.  This is after all a blog which states that it is about life and knitting, so I decided to show what I have knitted during the month of May.

Because I knew I was going to be spinning at the Topanga Banjo and Fiddle Festival, I wanted to have more hats to sell, so I focused my efforts this month on HATS.  My goal has been to knit through my yarn stash AND sell or give away the resulting items.  Since I only sold ten hats at the festival, I still have twenty-six left to sell later in the year. 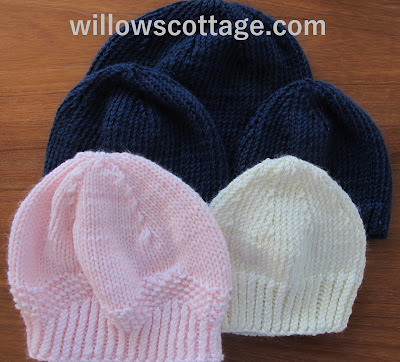 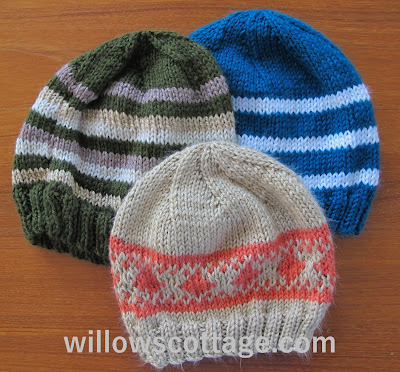 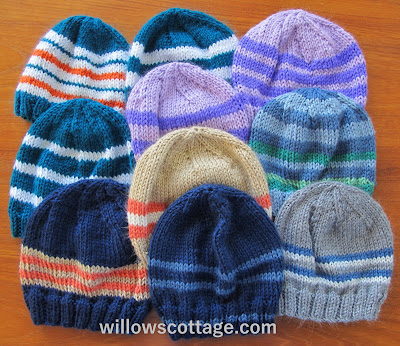 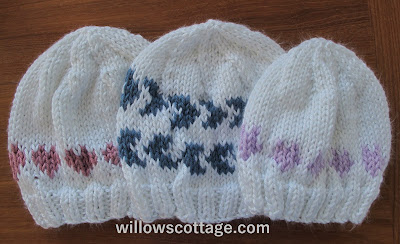 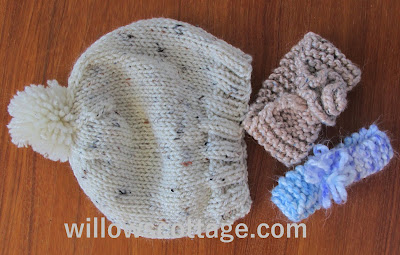 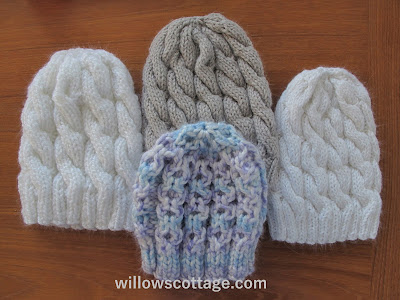 And since the festival, I have made several more hats. 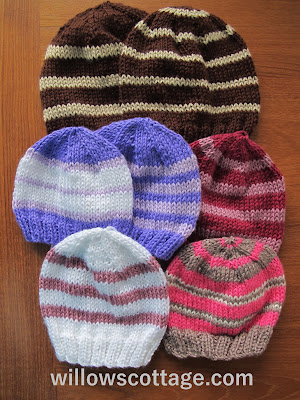 two Close Cables caps
(and one beanie on the needles) 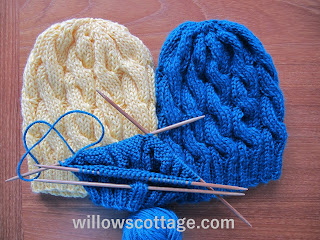 This is now all the Simply Soft yarn I have left in my stash. 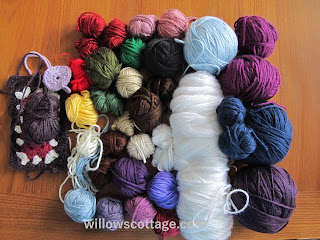 Maybe folks just aren't thinking this warm this time of year. Maybe you will do better at a fall festival. Love all your hats. I've only made a few and I get nervous when i get to the top... gets tight. ;) Hope you are having beautiful weather.

Hats off to you. Sorry I couldn't resist. That is an amazing amount of sweet hats.

Soooo many BEAUTIFUL hats, Willow! I adore that little pink on in the top photo, and that baby one with pom pom in the middle of the post. Such fun to see all the different patterns and colors. Those will be some happy heads to wear these. Hope you will be able to sell the rest, maybe after summer when folks segue into cold weather mode. And good luck knitting through your stash--yes! I don't really have a stash of yarn as such anymore, and I'm good with that. I just buy yarn for specific projects now. Not much random buying of yarn. ;) ((HUGS))

Wow!!! The hats are wonderful. I love all of them.