Time To Be Thankful

Happy Friday! (I'd be happier if I could figure out how to find my downloaded photos on my new laptop.  No pictures today unless I can find them and add them later. Update:  Yay! The Professor did his magic! I have photos!)  It has been a busy week at Willow's Cottage, but I want to stop and reflect on the blessings.  Thanks for Susanne for always faithfully organizing Friday Fave Fives.

1.  This week, I read the following quote in, of all places, the local newspaper.

Be the reason someone else is thankful.

2.  Knowing I have had a lot of stuff on my mind lately, World's Best Neighbor treated me to a pedicure which included a relaxing time in a heated massage chair.  It was exactly what I needed.  And I have dark red toe nails.

3.  The Professor and I stopped by an estate sale in our neighborhood.  He scored a stack of music cds.  As we were leaving, the elderly owner saw what he had purchased and said, "Yay! You have the same musical taste as my husband!  Enjoy!"  The Professor has been having fun choosing what to listen to first.  In addition, he found a cd of bagpipe music and gifted to our friend who PLAYS the bagpipes.

4.  While most of the north hemisphere is feeling the cold and rain and snow, we are enjoying mild days, usually sunny, occasionally cloudy.  The flowers are still blooming 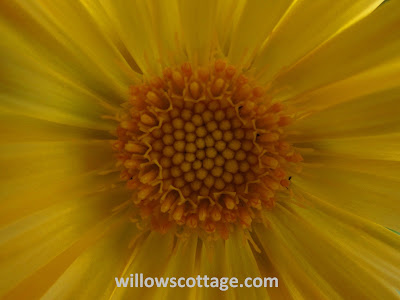 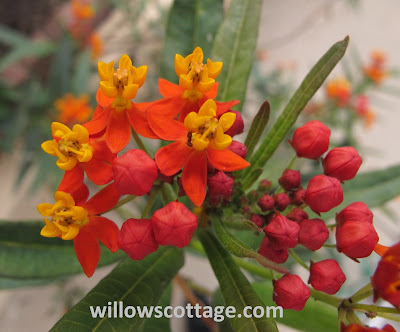 and the monarch caterpillars are still chomping away at my milkweed bushes. 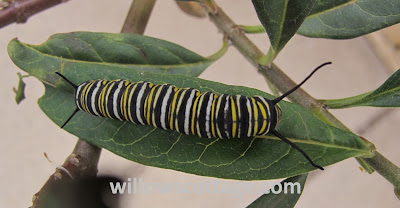 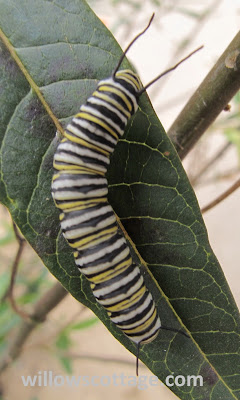 5.  One never takes light and easy traffic for granted on Southern California freeways.  We had to make an unexpected trip sixty miles each way into the South Bay of LA to deal with a medical appointment.  The traffic was much lighter than we expected and planned for, so we arrived home in record time.  Such a drive is always a fave for us.

Final thought:  Another quote and good advice for this holiday season.

(Being too*) Busy is being under Satan's yoke.
*my addition
Posted by Willow at 3:27 PM

i have seen that last quote before somewhere and it goes perfectly with the Bible study group I a, leading called Breathe which is a Priscilla Shirer teaching on what Sabbath is really,supposed to look like! highly recommend this study.

yay for good music CDs!! And for a friend who plays the bagpipes. i had a friend in my college days at RWC who used to play them walking around campus. So fun!

i for one do not really like snow and thankfully here in eastern NY we do not have it. there IS some in western NY, parts of central NY and up in the Adirondacks there was a dusting of it on the ground last weekend depending on what region of the mts you were in. i was in a remote section in the heart of the mts so we had a bit. By noon it was gone. It made for a pretty hike though. Here in my eastern town we are prayed nv it stays away until Xmas!! it is so pretty but so tiring to shovel. i would miss the 4 seasons though.

The flowers are pretty! Mine are just about done although i did spy a rose still clinging to my large bush this past week! We have had only three mornings of hard frost here.
happy thanksgiving!!

It's so nice to still have blooms this time of year. We have some here even though we've gotten down to freezing a few times. One thing I don't like about winter is the colorlessness and barrenness of the outdoors, so I love those blooms as long as they'll last.

That first quote is indeed thought-provoking, and a reminder that Thanksgiving isn't all about "me."

My son and I were just talking about how, even though our city isn't as big as some major metropolises, there's still traffic enough to hold someone up nearly an hour some parts of the day, as he had experienced on his way home from work. I can imagine that's times 100 in the area you were driving, so light traffic is indeed a blessing!

I like your adaptation of the last quote. Busyness itself isn't a sin - Jesus was pretty busy - but we can always overdo it or be busy about the wrong things or with the wrong heart.

I'm sure your neighbor was delighted to have someone who appreciates her late husband's music.

Your photos are just beautiful. My milkweed is long gone, so it's nice to see yours still so bright and colorful.

Happy Thanksgiving to you and yours!

That first quote is a good one to ponder. Glad you had a good traffic day for the appointment and that the Professor got your photos to work! Both of those are things that always makes me grateful. Hope you have a wonderful Thanksgiving!

Love that first quote. How nice that you were treated to a wonderful pedicure. I love them but rarely go. I had to smile at your northern hemisphere thought because the chinook blew in yesterday and in one day it warmed up about 15 degrees (C). We are sitting at a balmy 17*C (62*F) right now. I was out with no coat today. Oh the difference a week makes in my neck of the woods. Just a few days ago it was about 0*C (32*F).