Wednesday Hodgepodge is today.  Here is a link if you want to be included:  Hodgepodge.

1. August 12th is National Middle Child Day...are you a middle child? If not, where in your family do you fall in terms of birth order? Do you hold true to the typical characteristics of oldest-middle-youngest-only child? (a quick list can be found here) Elaborate.

Well, I am second born of two children.  I am definitely a youngest and  a second child.  You know this explanation of birth order:  a first child doesn't need rules; a second child is the reason there are rules; a third child thinks the rules don't apply to them.   According to my parents, while my brother was a rule keeper, I was a rule tester.  I definitely tested the limits when I was small.  But I didn't feel like I was a wild kid.  I did try to obey.  Really, I did.

2. Tell us about a time you felt like (or you actually were) in the middle of nowhere.
My husband and I were missionary linguists in West Papua, Indonesia (used to be called Irian Jaya).  We could travel in to our village either by a four day walk which included crossing gorges with rivers (we never had to do that) or by helicopter (which was our usual mode of transport).  We were literally in the middle of nowhere in the jungle. 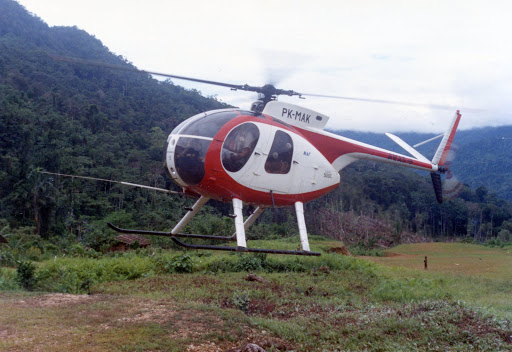 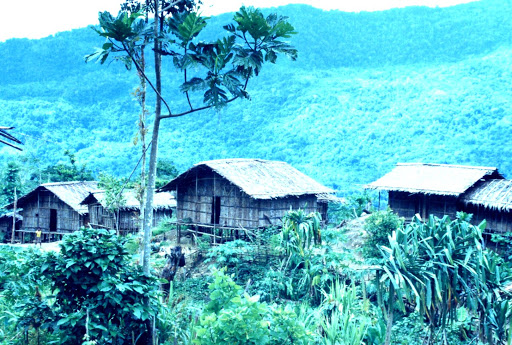 3. What's something you're smack in the middle of currently?
Currently?  We are in the middle of moving.  The packers came yesterday (Tuesday) and packed the trailer.  ABF movers are scheduled to pick it up tomorrow.  We leave our home on Friday (or maybe Saturday) if all goes well with the transfer of title for our motorhome.  Yup, we're right in the middle of a 2,400 mile move.

4. What's a food you love to eat that has something delicious in the middle?
I adore cinnamon rolls.  They have all that cinnamony goodness in the middle!

5. Share a memory from your middle school days, or junior high if that's what your school dubbed kids somewhere between grades 6-8.
I was blessed to attend a small Christian school from first through eighth grade and then also in high school.  My memories of that time always include choir and music class.  Every Christmas we had a performance.  My favorite memory is when I played a piano solo of O Holy Night.

6. Insert your own random thought here.
Well, I am moving from the West Coast of the US to a 'middle state'.  Ohio isn't really a middle state, but most people (at least in the west) think of Ohio as being in the middle of the country.
Posted by Willow at 4:30 PM

I was happy to get a catch up on where you are in the moving process. Sounds like there's not much left to do but to say adios to California and get on the trail to Ohio. Traveling mercies to you! Curious if you are going to speed to your destination or make lots of stops along the way?

Hi Willow, thank you for visiting my blog. I enjoyed my visit here. It is nice that you get to be close to your family. Good that you met with your friend before the move. Sounds exciting for you. Have a safe journey!

Wow, Indonesia must have really been an amazing experience! Best of luck on your move, change is always exciting! :)

You are very busy! Hope the move goes well. Serving in Indonesia must have been an extremely interesting (and I'm sure challenging) experience. I sang a solo on O Holy Night when I was in high school. I'm glad I discovered your blog. Blessings.
Jan
Laughter and Consistency

What an interesting life you have led. Best wishes as you make another move. We lived in Ohio for one year a few decades ago, my first time living in the mid-west. We enjoyed it, but definitely missed the mountains : ) Safe travels!

God speed on your move to Ohio! You will be enjoying four distinct seasons there I think. It's great to be close to family, and I wish you all the best. Have fun along the way too.

Your trip to West Papua, Indonesia had to be quite the adventure! Love that your memory from grade school was about Christmas. We live in California. I'm sure your will love your new adventure. Good luck with your move. Thank you for stopping over to visit my blog. You are a no-reply so I couldn't comment back to you. Take care and God Bless.

You are well travelled so I'm sure your journey to Ohio will be fine. I'd rather be in a motor home than a helicopter. Stay safe!

Exciting times in Indonesia for you. Best wishes on your new home in Ohio! I hope you love it.

May your move go smoothly. That is quite a transition but then, coming back to the states after your years of ministry was an even bigger adjustment. I am thankful for people like you who have been so faithful in the Lord's service.

Happiness is all i see now, i was herpes sicker for 6 years but i thank God for directing my footsteps to Dr Emu, he gave me instructions and i followed and in 2 weeks i was completely cured using his medicine, I am now Herpes Negative Contact Dr Emu for more information, He also has other cure to other ailment, HIV AIDS, CANCER, DIABETES, HEART DISEASE, HEPATITIS B/C And also restore broken relationships such as Ex HUSBAND, Ex WIFE, BROKEN MARRIAGES, Any kind of Problem in any relationship can be restore back in 24hours, Just Email: emutemple@gmail.com Whatsapp or call: +2347012841542