I've had the camera a week and have taken about 200 photos. I'm reading through the manual and learning some things about how it works. My old camera was a Canon also and so a lot of the functions are similar. I looked at the Canon SLR something something, but I was not comfortable with the small viewer, so I think the SX110 is a good compromise.

I traveled by car through nine states--California, Arizona, New Mexico, Texas (Panhandle), Oklahoma, Missouri, Illinois, Indiana and Ohio. My traveling companions were Kiti and The New Boy. When The New Boy wasn't eating Cheerios and crackers, gazing out the car windows or napping, 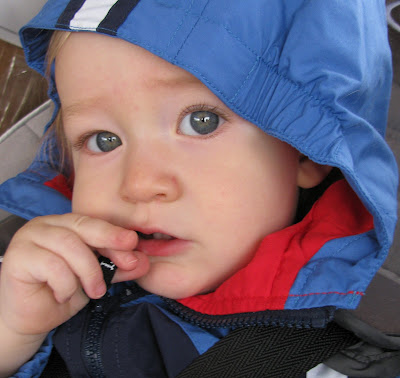 he read books and played games with his grandma. 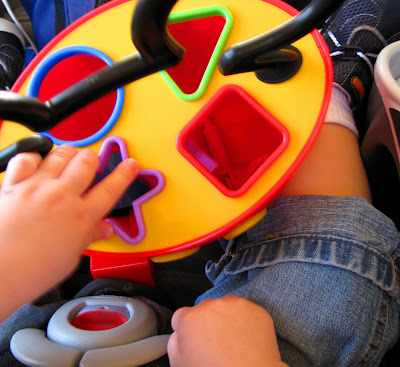 I returned from the road trip late last night (Saturday) via airplane. I flew from Ohio to Atlanta and then all the way back across the continent to California. I nearly had the 'opportunity' to stay the night in Atlanta as the flight was overbooked, and for some reason my seat assignment got dropped between the time I printed out my itinerary last week and when I arrived at the gate. Such are the adventures of traveling...


A few quick impressions: I was amazed at the size and diversity of the continental United States! So many different geological formations and climate variations! Desert, high and low. Plains, flat. Mesas, high and also flat. Hills, rolling and bare and tree covered. I was pleased at the friendliness of the local people. In each state, the residents were proud of their homes and generally friendly and helpful. I was yes-pleased, and thanked, and ma'amed in gas stations and hotels and restaurants all along Route 66.

Albuquerque, New Mexico was a highlight. We stopped for lunch and a break to allow us all to stretch our legs out, breathe clean high desert air, and soak up some sunshine. The architectural details of the city reflected the shapes and colors of the surrounding terrain. 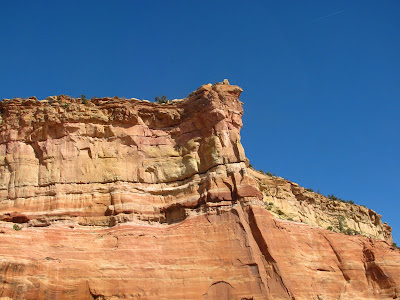 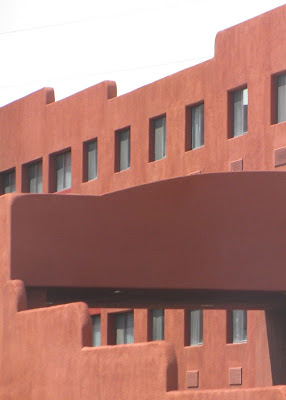 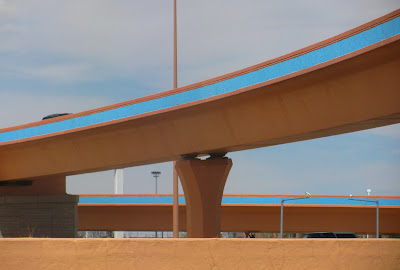 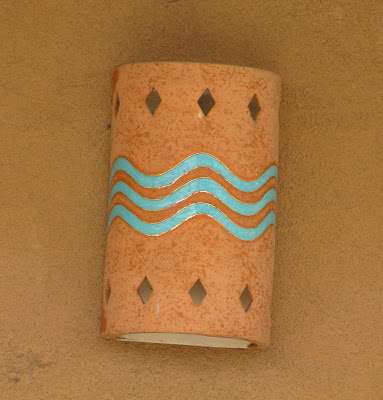 But now it's time to walk back in to the first grade classroom in the morning and focus on a couple of projects at Willow's Cottage.
Posted by Willow at 4:25 PM

I am sure you are going to take tons of beautiful pictures with your new camera and look at the new boy, just love his eyes :D

The New Boy is sure handsome and congrats on the camera. Great pictures :)

What a great trip...and love the photos! Glad you had such a grand time away. And love to see that New Boy as along for the journey! :o) Your new camera is terrific. Oddly enough we just got a new camera too--a Canon EOS 450D, and we love it! Our other, compact digital is a Canon too--just love Canon cameras. Happy Days settling in at home again, and getting to know the new camera! ((HUGS))

You got some great shots Willow. Glad you are home safe and sound...
See you soon! Yikes 95 today!?

Welcome back! I love New Mexico and hope to return to Santa Fe in the Fall. I lived in South Bend, Indiana for 10 years so am looking forward to seeing your pictures of that area too!

You are going to love your new camera! We are glad you are back home....lots of prayers followed you out and back! It won't be long and you will be here....sleeping in the big bed..and knitting to your hearts content! Have a good week!!

Oh willow .. you really did do a long road trip. .and with the new boy too. ..what a little trooper. My lil' farm hand gets horrendously car sick . .so that wouldn't happen with us.
Oh your new camera. . how fun, I was just looking at thin Cannon's this morning. . looking to order on with points . .

Welcome back! I've missed seeing your photos and getting updates. It sounds like it was a fabulous trip :) And yes, I definitely did wave on my way through Santa Barbara ;)

Welcome home Willow, it sounds like you had an epic adventure worthy of Homer. :-) Love New Boy's eyes! It was great that he was so good on the road trip.

Welcome back! What an amazing journey with that little man of yours.
Enjoy discovering your new camera.
It's fun and you have some excellent shots.

You new camera looks splendid and, I'm sure will take many excellent pictures.
The new boy must be a great joy to you all.
Spring has sprung here but today is windy and cold.

Sounds like a wonderful road trip, Willow! But welcome home! We're glad to have you back.

I like your observation of the architecture as it relates to the landscape, its so true.

Gosh, that was a very ambitious road trip and you certainly covered lots of ground. Your photos are wonderful...I love the simplicity of the Albuquerque ones, and the gorgeous colors too. Congratulations on the new camera!

Anonymous said...
This comment has been removed by a blog administrator.
12:22 PM

That was quite a trip - no wonder you took 200 photos.

I love when you take us on a road trip with you, gorgeous pictures and it looks so hot, the colours just sing.

While in parts of USA, I thought "Hey! I've seen these before!"...And I had, in a geography book about rock formations! So couple of years ago, in an RV with our kids to parts of Utah, Arizona & Nevada, they paid close attentions to those rocks formations too!

I am SO glad you had a great road trip! Driving that distance must definitely have give you a priceless perspective that you'll never forget. Welcome home!

We drove once from NY to Colorado one and enjoyed all the scenery along the way! It's a beautiful country isn't it? Your photos are wonderful!

New boy is adorable -- such big blue eyes! He must have been happy Grand,a was there to keep him company.