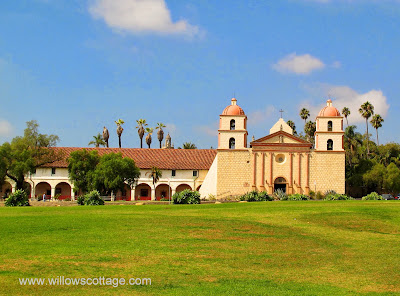 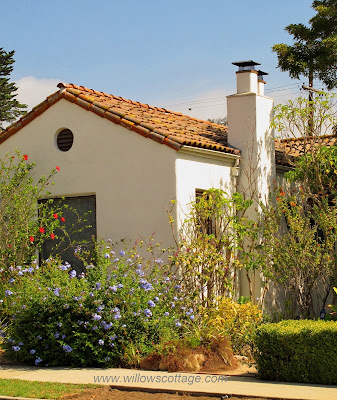 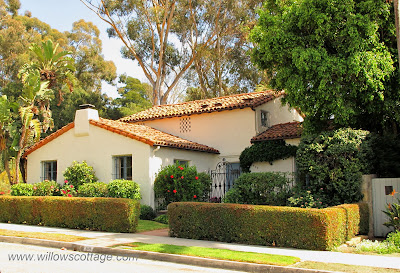 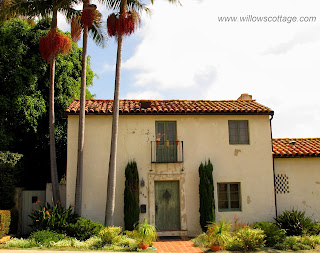 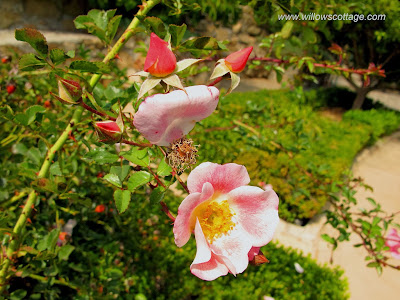 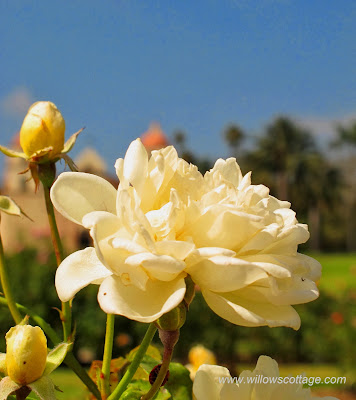 Extra Bonus:  Useless Trivia.  Carpenteria, a beach town between my city and Santa Barbara, has a lower elevation than Malibu.  Malibu: 12 feet.  Carpenteria: 7 feet. (according to the population signs on the highway)
Posted by Willow at 10:44 PM

California Mission style...I like it! Hoping your friend will be well... And happiest wishes to your Dear Girl--isn't she sweet! :o) Happy Days

Well I sure haven't been that observant even as a passenger in a car headed to Santa Barbara. Those elevation figures are interesting. I really enjoy Mission style, too. Have a great weekend...

Well, I know some trivia now about places in California!! Thanks!! I LOVE the mission style houses you depicted...the first home is my fave....and how wonderful that you got to minister to your friend and former neighbor. How cool that you were both in Indonesia!! I'm assuming that the little girl who had the birthday is a granddaughter? Happy weekend!!

I was up near the Santa Barbara Mission not that long ago -- may have to make it a destination for the next visit!

I'm sorry about your roses, but deer pruning is bound to happen when they've mowed down your vegetable garden.... I'm afraid I don't know of any roses deer DON'T eat.

It's wonderful you got to visit with your ailing friend.

I know of two missionaries who live or lived in or near Papua. Any chance you know Margaret Stringer or Mike and Jan Berbin?

I'm glad you got to see some nice roses! We do see deer all around the area (scary when they cross the highway right in front of us!) but so far none in our neighborhood.

A very interesting post. How on earth did you manage to remember all those license plates and covers while you were driving? I'd have forgotten half of them by the time I was writing the post.

I love the mission style, too. We once rented a house built in that style, but a modern version and not nearly as charming as the buildings you showed us :) I'm glad you enjoyed a visit with your former neighbor, and that you had fun gathering interesting info on the way home. Thanks for sharing the great photo of Dear Girl.
Gracie :)

I knew you were going to see an Ohio State plate! They are everywhere. I love when you post photos of architecture in the West because its so different from out here. I'm glad you had a good time!