As I mentioned in the previous post, we followed the path up the hill along the Ridge Way.  We were on our way to find Silbury Hill and West Kennet Long Barrow.  There were few signs and we had to guess where we were headed.  At the top of the knoll, we turned right and walked up to the crest of the hill. 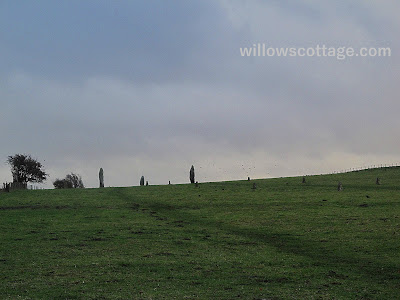 There was Silbury Hill in the valley to the west.  Silbury Hill is an ancient man made mound constructed of chalk.  According to Wikipedia and various travel guides, it is also the site of a Roman town. 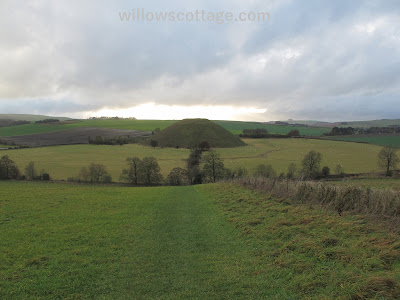 For safety reasons, the hill is not open to the public although as you will see in photos at the bottom of this post, sheep are welcome to graze in the fields around the hill. 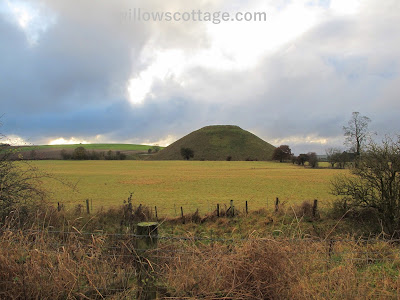 We walked the path along the river and to the highway.  We knew that West Kennet Long Barrow was across the road to the south.  Climbing over the fences, we came to a gully and crossed on the huge stone 'bridge'.  Later, I looked it up and decided it must be Swallow Head Spring.  There was evidence around the spring that it was a site for Summer Solstice celebrations (ribbons, etc.) 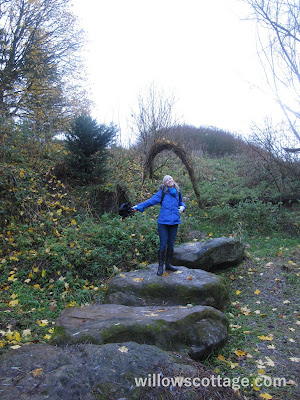 As we searched for any signs or directions for the Barrow, we trudged through plowed fields.  There were broken stones everywhere.  On the outside, they looked like bones, but on the inside, there were shiny black stones.  Maybe onyx?  Of course, I had to stop and investigate.  I kept one small stone. 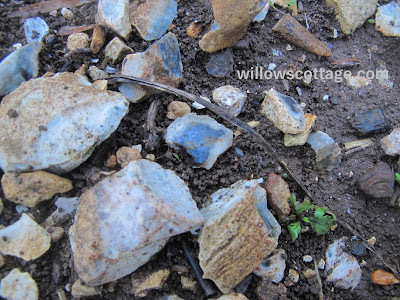 We walked and walked.  We never did find the Barrow.  Evidently we were about 100 yards too far west when we crossed the highway.  Probably the Barrow is on the other side of those trees and to the right a bit. 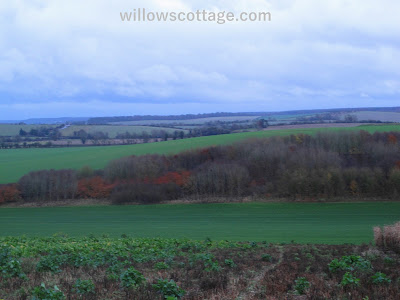 Finally, we gave up and decided to return to Avebury as it was getting late and dark and we were getting hungry and cold.  (We figure that there is always an opportunity for another adventure and visit to Wiltshire.)  You can see in the photo that it was almost dusk by the time we passed by Silbury Hill again. 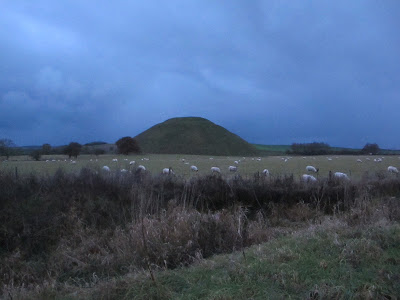 Instead of returning the way we came, we followed the river path back to Avebury.  Wonder of wonders, there was a sign pointing toward Avebury.  We passed a few walkers and their dogs, so we knew we were on a well traveled path.  We didn't want a repeat of our adventure of the night before when we wandered in the dark in unknown and unmarked fields. Even so, it was dark and still rainy by the time we got to the Red Lion.  An excellent dinner revived our spirits.
We asked our server there if he knew exactly where the Barrow was.  Yes, we were one field west of the path we should have taken.  Why, oh why, are there NO SIGNS to these famous ancient archaeological sites?? 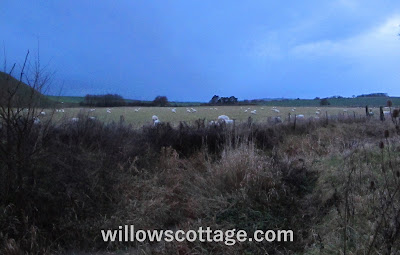 We returned by bus to our AirBnB, but we made sure that our driver knew where to stop and let us off.  Tea, a cordial hostess, and a hot shower awaited us.

Thus ended our second day of our England Adventures.
Posted by Willow at 9:24 AM

Wow! I'm so enjoying looking through your photos and reading about your trip to England! It is always fun to experience a place through another's journaling! Thank you for sharing!

Looks like you had a real English adventure. I'm enjoying reading your experiences!

I am really enjoying reading about your trip to England and love the photos!!

So interesting! This armchair traveler is enjoying the journey. Mary

I just wanted to say thanks for the comment - I was so glad to see you're still blogging, too!

This just gives me tingles... I just love everything about the UK and it's rich, long history... Wonderful photos, Willow, and thankful for your stories shared. :) ((HUGS))

So you made another trip to England. Always interesting to see through a visitors eyes. Know the area well.