Barrows and Tors.  What are they? Why would we spend most of a day in Cornwall searching for these isolated places?

A barrow or carn is an ancient burial site.  (If you hang around the Willow family, you will discover that conversations about such places is commonplace, even at the dinner table.)
Ballowall Barrow, or Carn Gluze, is a burial mound with chambers where more than one person would have been buried. 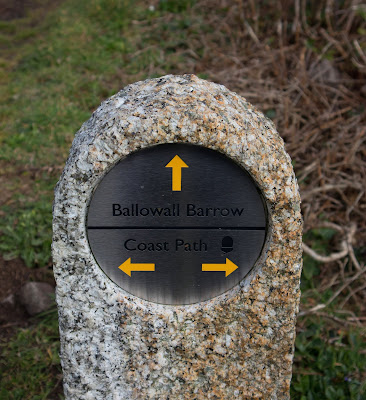 The walk up to the top of the cliff was worth it for what we found.
We were warned to stay on the paths and not wander around because there are mines and holes left over from the tin mining that was done. 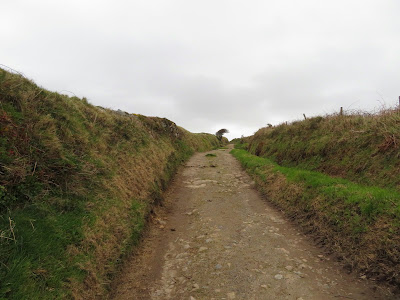 The view over the Atlantic Ocean was amazing. 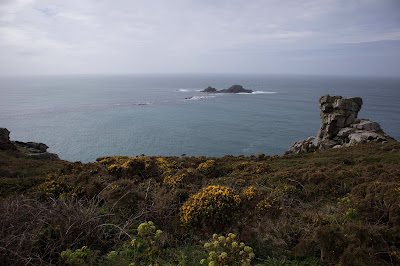 But we didn't really come just for the view.  We wanted to see this hidden treasure.


For a long time, this barrow was covered over with debris from nearby tin mines. Eventually, it was discovered and excavated by William Copeland Borlase in 1878.  According to the sign at the site, "His excavations revealed a unique and complex Bronze Age funerary monument." 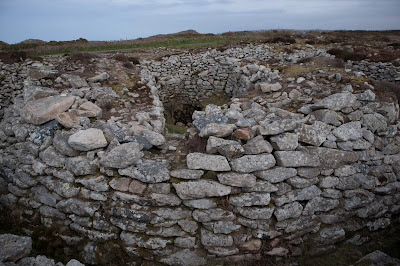 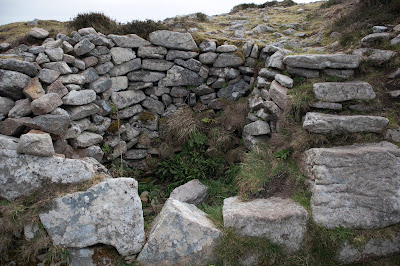 "Ballowall Barrow is one of the largest and most complex of the prehistoric funerary monuments that cluster along the West Penwith coastline.  Often located in dramatic locations, it is likely that the local communities which built them did so to provide striking tombs for the dead." 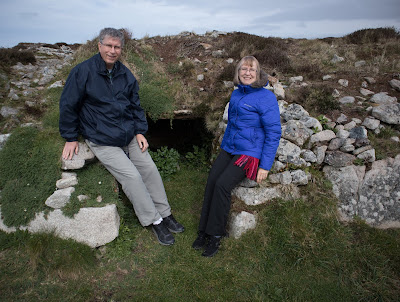 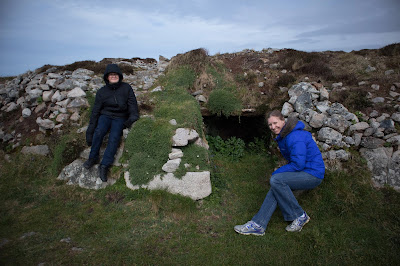 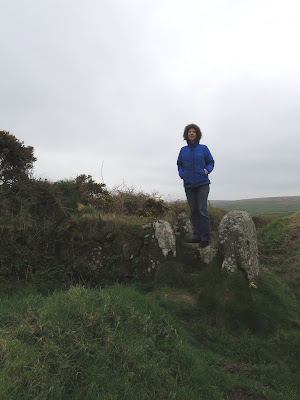 Another site in the area is Carn Euny, an Iron Age village. According to archaeologists who have done excavations there, it was occupied from at least 500 BC through late Roman times. 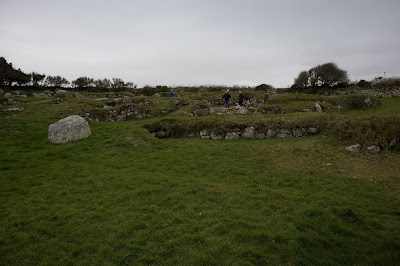 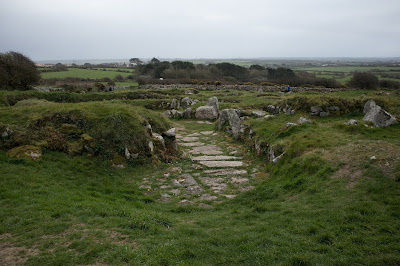 "At the heart of the village is its most intriguing feature -- a stone-walled underground passage know as a fogou.  This mysterious type of Iron Age monument is found only in the far west of Cornwall." (English Heritage site statement)

As we were walking up the path to the village, we met a couple who had been there before and they told us about the fogou and its importance.  Otherwise, I might not have been as impressed with walking through the tunnel.

Carn Euny Holy Well was on the edge of the path and we almost missed it! 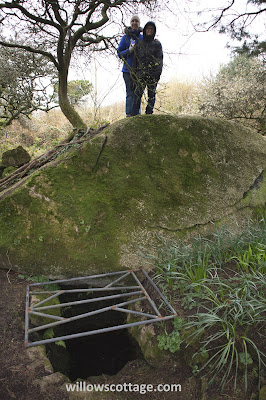 As you can tell, we are a family who love ancient history!
Posted by Willow at 2:43 PM

Just amazing! I love seeing photos and learning something about this. Mary

You certainly found a lot of really ancient history to enjoy!

Such an interesing area to explore.

Always cool to meet up with locals who know more to the story of where you are!

WOW... just LOVE seeing from your travels, Willow! So much enjoying catching up on your photos and tales. England... you know how my heart beats for England. ;) ((HUGS))