This summer I have a goal.  I want to organize my photos.  Somehow, probably because I truly do care, I have become the caretaker of many family pictures from both sides of my family.  Therefore, I have hundreds of photos of ancestors, none of which were ever organized in albums.  I think what happened was that people sent copies of pictures they had to share with other family members and so what has filtered down to me are the 'extras' nobody needed.  Also, it's possible that many of the pictures came from collections people found when a family member died.  I have already done much of the organizing of 'family group', 'individual', and 'decade'.  Attempts have been made to identify the people in the photos.  Unidentifiable photos have already been tossed.

I am also facing the task of archiving the photos from my own family.  Because we have a huge number of photos of our work in Indonesia besides the usual family adventures and school pictures, there is an additional level to dealing with them.  What is historically significant and should be saved for the Moskona people? 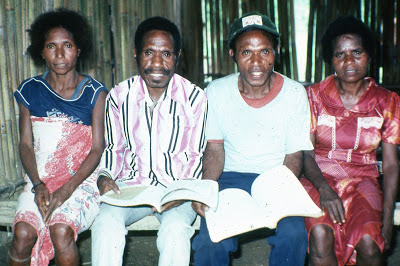 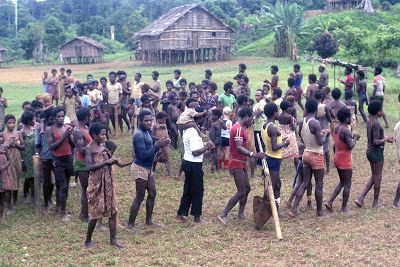 Where is the cross over line between private and ministry photos? 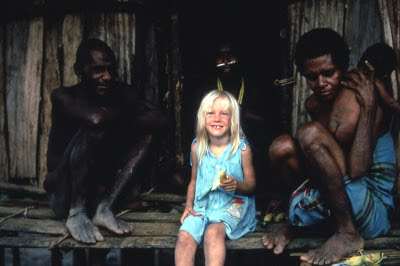 I've begun the task of scanning the photos and have been trying to decide how to deal with the already scanned pictures.  As I see it, I have four options.  They are:

1.  Scan all photos except the obvious blurry and truly bad ones.  Put all scanned photos into albums.  I call this method the 'archiving the memories' method.  Until now, I have been storing photos in photo boxes and photo albums of varying archival quality.  Since there are many larger photos from 5"x7" to 8"x10", and even bigger, I had put these in sheet protectors in large three ring binders.  Now I am in the scanning stage and simply replacing the scanned photos into the albums and binders. 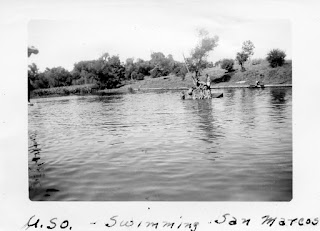 2.  Scan all photos as above.  Keep picture copies of the best in an album and store the rest in photo boxes (organized).  This is the abbreviated archiving the memories option.

3.  Scan only the best photos and keep those in an album.  Discard the rest of the pictures. 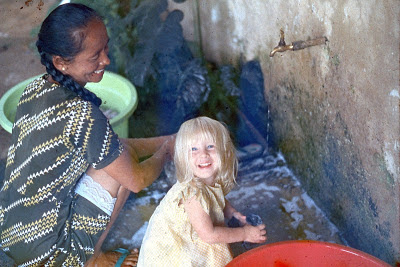 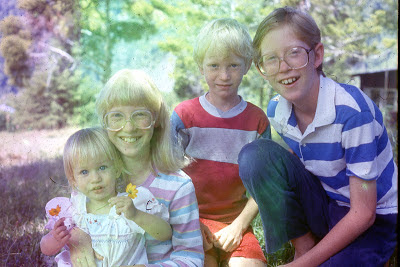 4.  Scan only the best and save no hard copies and have only the CDs available to view on a digital photo frame device.  CDs could also be sent to appropriate recipients. 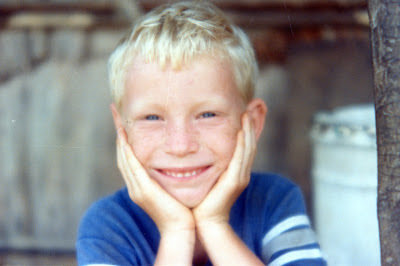 I would love to hear from people who have worked on photo archive projects.  What option did you choose and why?  Did you encounter any special problems?  What do you wish you had done differently, and what would you do differently now?  I want your opinions, please.
Posted by Willow at 1:20 PM

Are there historical preservation sites you might donate photos to? Would the San Marcos Swimming hole be useful to someone who will someday write a book about the Army base? Or the Snoqualamie Pass snow illustrate someone's Doctoral thesis on climate change? Maybe a younger family member will be interested in the collection. Also, I know that people sell "Ephemera" - old photos, so possibly someone might be interested in buying the ones you want to discard. Not the blurs or damaged ones of course.

And from your Missionary work, surely there's a sociology department somewhere that would cry for those photos.

I love the shot of your little blonde girl and her friends. It's a National Geographic sort of shot.

I haven't started my own project of this sort, but I am leaning toward option 2. Some of the photos like the swimming hole or the pass I'd want to hang onto, but not necessarily keep handy in an album.

I've wondered about storing all the scanned photos. Is it enough to cause problems with the amount of storage on your computer?

We are wrestling with similar decisions in our family, Linda. My oldest sister, Carolyn and I were Creative Memories Consultants for over seven years and Carolyn has completed more albums than I have...and they are lovely...but take up space. I am starting to lean more and more toward saving digital copies of pictures. Before he died, my husband helped me get digital photos on CDs of a precious family album and then we duplicated the CD and gave copies of the CD to each family member....not the same tactile experience to view the album from the CD, but practical !
Gracie :-)

On the CD option, just be aware that they do degrade, so you will want to consistently back things up. (I have CDs from 15 years ago, unscratched, that have lost data.)
Also, you should be aware, I am a historian, so I have a hard time thinking of getting rid of anything!
And in case you're wondering who I am...I'm a Biola grad who went to school with some of your kids. :)

I have no words of advice but wow, what a project! How very awesome of you.

I've enjoyed spending the past half hour or so reading back through posts of the summer and your trip.

I've been mulling over the various possibilities for photo storage too. Without having quantities of time I balk at the hours it'd take to scan all the myriads of pictures which I inherited:
Grandfather's 100's+ slides (an amateur photographer)taken when mom was growing up between 1920 - 1950s..Most in the 20's & 30's.
Pictures from mom's Hopi missionary days '45 - 50, of course all the ones growing up plus all the missionary pictures and slides on the Navajo Res '70s - '84. (You drove right past their last mission house about 10 miles west of the NM stateline. In fact, one of your pictures after Winslow but before NM looks like the landspace quite close to their place.)

I've about settled on uploading them to Flickr or another photohosting site for preservation. CDs are going the way of floppies. (Many new computers now have no cd drive!)With the rapidly changing technology I want to be certain they will be accessible.