In October 2016, I received a text message from my daughter.  "Wanna take a vacation with me?"  Of course, my immediate response was "Sure!"  Then, I asked, "Where?"  Her reply?  "England!  Lots and lots of ancient sites to visit!"

So Eleanor Elizabeth and I consulted  The Professor and he agreed that England was a great holiday spot since Eleanor Elizabeth's first trip anywhere was to England a few years ago.  That trip had been in the summer, so I knew EE would need warmer clothes and some wellies. 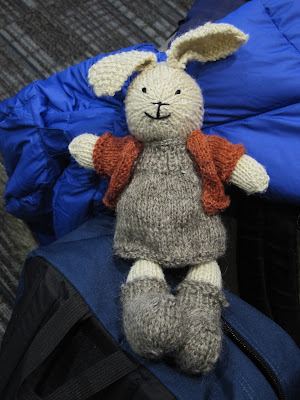 Yes, we arrived safely in Heathrow! 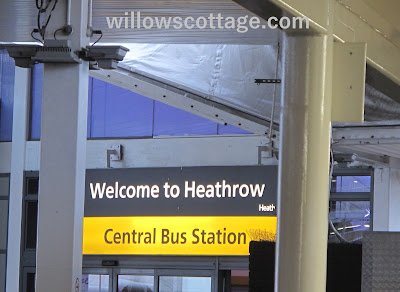 Our first stop (after customs, of course)  was Caffe Nero.

My intention during our trip was to journal our experiences each evening.  I did well the first two nights...
Here is an edited version of our experiences on our first day in England.

We landed in Heathrow!  Customs was painless with the BEST officer--he wants to move to Appalachia and buy a farm so he can own guns and Rottweilers.
At Caffe Nero, we were served excellent coffee by an even better barista who even filled my water bottles.
Off to Swindon by coach (bus).  It looks like Ohio or Oregon!  Sheep!

What could have been a disaster ended up being an adventure.  We successfully boarded our coach to Swindon and made the transfer to the bus to Berwick Bassett.  However, the driver dropped us off one stop past ours even though we had specifically asked him to stop at Berwick Bassett.  Of course, we discovered this error only after wandering around the village without finding our Air BnB and finally asking a lady who was walking her two dogs in the twilight.  She explained how to walk 'along the river' and through the fields to avoid the scary and truly dangerous two lane road with NO shoulders.  So we followed her directions as best we could in the approaching darkness ('you'll know you have crossed the correct stile because the hen house will be on your right') and after keeping the river on our right, climbing fences, landing in puddles, and tromping through mud in the newly furrowed fields, and following the ONLY light we could see in the darkness, we arrived in Berwick Bassett the back way and were warmly welcomed by Lizzie.  We had assumed there would be a pub where we could eat dinner, but no.  Our hostess kindly shared some leftovers with us so we climbed into bed very tired but with full tummies. 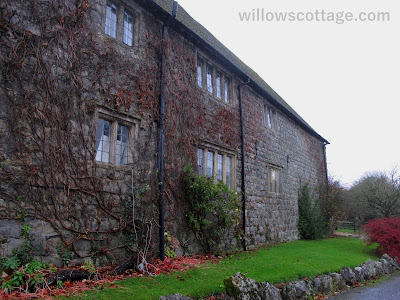 A home we passed in Berwick Bassett.

Because we were planning to visit Avebury, we chose to stay in this lovely little village.  I would happily recommend our accommodations to anyone traveling to Avebury.  It is a three or four mile bus ride to Avebury and gives one a great experience of British small village life.

What a wonderful mother/daughter adventure. I love it!

What an adventure! I love that you got to go walking from village to village. Thanks for posting the first installment! I look forward to the next! Just before dark the icy rain was forming icicles on the leaves of my Camellia bush but I can hear cars zipping along the road by our house, so maybe we are getting the promised rain to wash the ice away. xx

You certainly started out in an adventurous mode, even though you weren't looking for it. It will be fun hearing the rest of the story about your visit.

Hellooo!! You've in ENGLAND!! :))) How very wonderful, and what a great way to close/start a new year!! Very much looking forward to seeing/hearing more! We're hoping to get to the UK ourselves later this spring/summer--it's been too long! LOL... And it's been a while me visiting here. Thanks so much for stopping by my place yesterday. As you see, I'm slowly dipping my toes back into blogging after a rough year last year. But here's too all GOOD and more in 2017! Glad to be back with you here, Willow! :) ((HUGS))