The Bridge of the Gods

The Bridge of the Gods is one of the bridges that spans the Columbia River and connects the states of Washington and Oregon. The bridge is operated by the Port of Cascade Locks, although at one time it was prvately owned by a family. 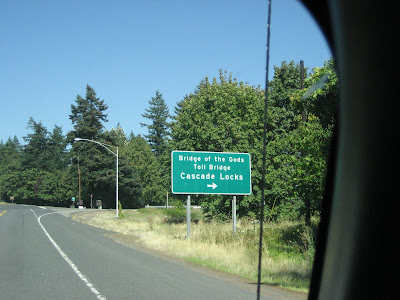 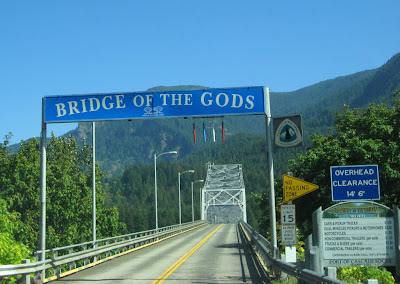 The bridge derives its name from an Indian legend about a natural bridge that was located at the present location of Cascade Locks. If you want to read the whole story, click here.
The short version is that Mt. Hood and Mt. Adams fell in love with the same maiden mountain, Squaw Mountain, who was a notorious flirt. The two mountains fought over her until they caused the bridge to fall into the great river and rapids were formed.
When my parents were young, the rapids were still there, but when the Bonneville Dam was built during the Great Depression the rapids were covered by the water from the dam. My history is connected to the dam because my grandfather worked as a night watchman, guarding the construction area during the years it was being constructed. The Bonneville Dam has a tourist area where you can visit and see the huge turbines that make the electricity that is used for power throughout the Pacific Northwest and learn more about the history of the dam, the river and the salmon that migrate to their spawning grounds above the dam.
You can see east and west along the Columbia River from the middle of the bridge and you also have a fabulous view of the magnificent evergreen forests. 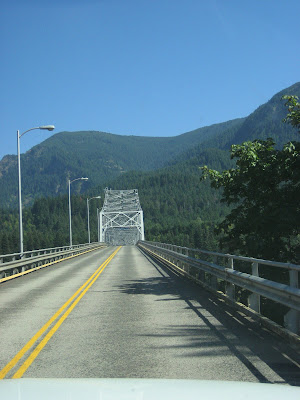 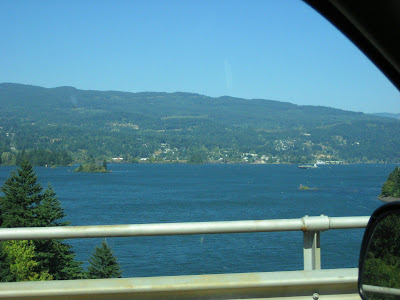 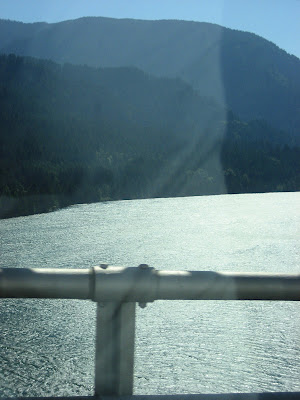 Once you are on the Oregon side of the river you can stop at the Charburger for breakfast, lunch, or dinner, and grab a window seat, and watch the barges and ships travel up and down the Columbia River, and pass under the bridge. 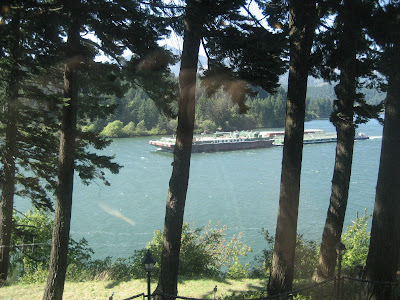 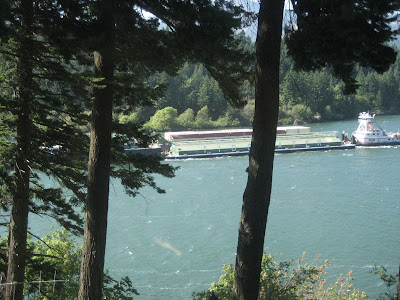 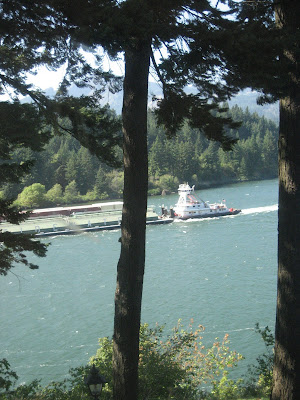 The burgers and milkshakes at the Charburger are pretty good, too. Flower and I recommend them. 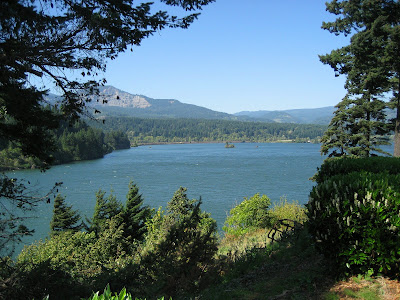 Hello! The photos show such a beautiful, peaceful river -- a place I have not been, but one which is quite inviting right now :)
Blessings, Laurie

Beautiful photos Willow and great history! Is 6:20 am to early for a hamburger? Shoot I'll just have my high fiber cereal then... :(

That is such a beautiful part of the country. Willow! The bridge legend is interesting. What a view!

That must be such a special place for you -having a family connection. It is very beautiful. Thanks for taking me along.

Hello Willow......
What a lovely story.... The bridge is beautiful and so too the scenery. Marion

Great series of photos and such an interesting story!!!

Thanks for your kind comments!!!

Wow. What gorgeous photos, and what a beautiful place! Thanks for the vicarious visit -- I really needed that just now :)

I received the bunny today! He is adorable! I sent you an e-mail about him.