There is a unassuming, almost anonymous looking, walled four acre area of gardens and pathways in Chelsea, near the Thames River. The name on the plaque attached to the plain brick wall says 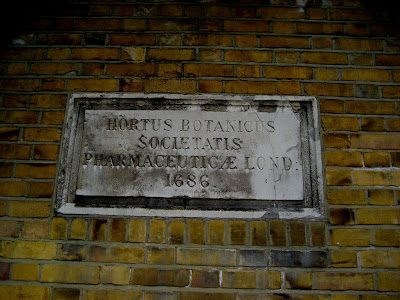 This is the site of the Chelsea Physic Garden, a botanical garden dedicated to researching the medicinal qualities of plants from all over the world. 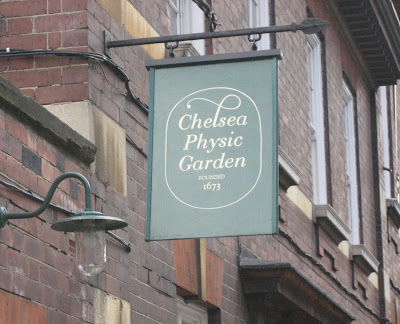 We visited the Garden in 2004 and when I knew we'd be in London in June 2008, I declared to The Professor that I didn't much care where else we went, I did want to return to the Physic Garden. One afternoon, after we had wandered around downtown London, we took the tube to South Kensington Station and wandered around Kensington and Chelsea and waited until the garden's afternoon opening time. We checked our backpack at the entrance, and I grabbed my camera.
We strolled up and down and around, remembering the areas we'd explored four years before and finding new places we didn't remember seeing on our previous visit.
The garden is laid out in sections with titles such as Garden of World Medicine, Edible Plants and Poisonous Plants. I was very interested in the plants the Society had identified as herbal or medicinal. 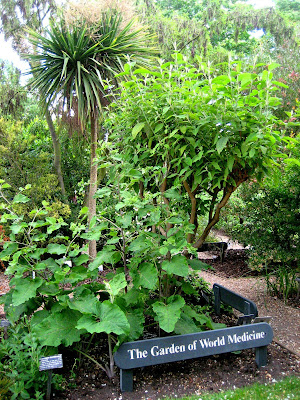 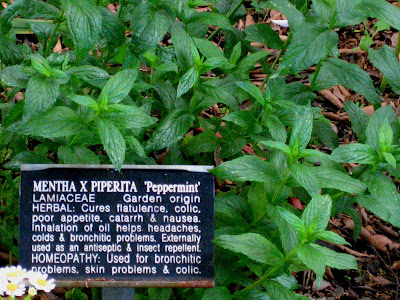 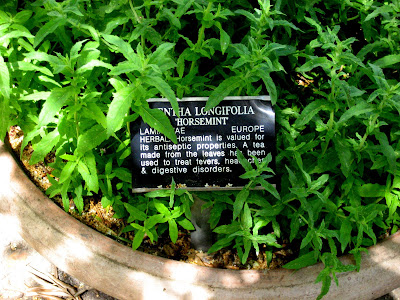 The Yerba Mansa plant (Anemopsis Californica) is native to California. The root stock is used by California Indians to prepare an infusion to treat malaria and dysentery. 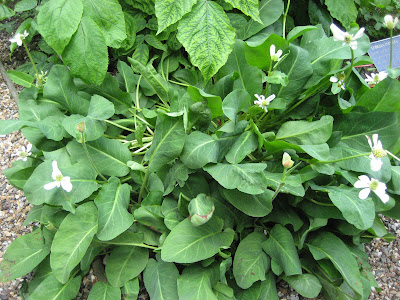 Another plant that is used in China for the treatment of malaria is Sweet Wormwood. I wish I'd known about Sweet Wormwood when I lived in Indonesia. The medication I took to prevent malaria break-throughs gave me nightmares and I still got malaria. I eventually switched to an Indonesian folk remedy of an infusion made from the boiled leaves of the papaya tree. 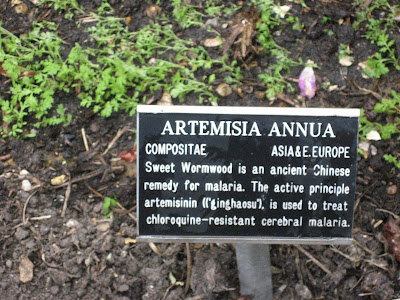 Feverfew (Tanacetum Parthenium) is a highly effective remedy for migraine. Gardeners in the Pacific Northwest could become wealthy selling the Fewerfew that grows perniciously in their gardens every spring. 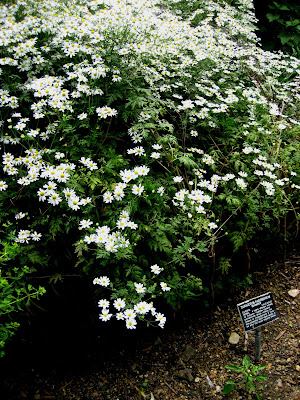 Opium Poppy (Papaver Somniferum) Seeds for these poppies were NOT for sale in the Chelsea Physic Garden gift shop.
Just so you know. 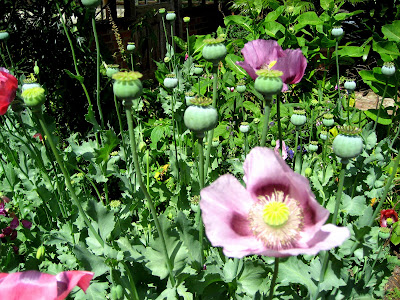 We took a little tea break before we went back to exploring the Edible Plants area, the Pond and the Rock Garden. 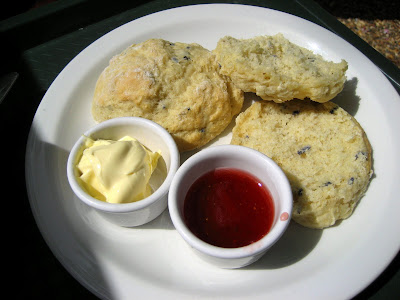 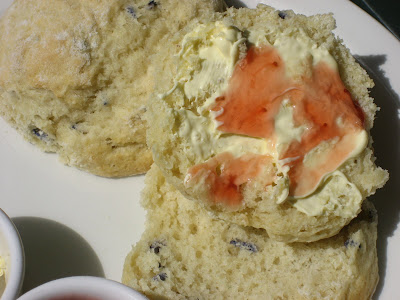 And so shall I take a break and return tomorrow to share the rest of my visit to Chelsea Physic Garden.
Posted by Willow at 2:35 PM

There we were, staying in South Kensington in February of 2003 and not having this garden on our radar. I wasn't blogging then so there was a lot I didn't have on my radar!! Winter probably wasn't the best time to visit anyway...
Again I really enjoy your photos and info...

Mmmm, yum!! Scones with clotted cream !! Looks so delicious!
I was inLondon in August, but I have not seen the gardens yet!
Great pictures and a wonderful memory of a lovely afternoon!

I'd love to go to the Chelsea Physic Garden it sounds fascinating. looking forward to your next installment. Jane x

I love the Chelsea Physic Garden and haven't been for years. I need to make the effort to visit this year.

Thanks for the mini vacation.

What a delightful place to visit!

Looking at the food and I am hungry, anyway..just in time, its lunch time now. Love all theose herbs..I dont know the plant for malaria. We've had inspectors to our house a few months ago because one of my neighbour had malaria and these guys went checking on all our water plants as we had so many pots. Luckily no mosquito larvae or else we're in BIG trouble.

No rules, LOL; just Jientje and I are trying to conquer our "beast"...aka: our camera's. It's kind of like a diary of our thoughts, pics (new or special ones you've already taken), and lives for 2009; but also, and probably, more importantly, making friends, growing our friendships, support, blog "luv", but, frienship is the main purpose... LOL I am sooo not a "rule" person. Between work and life, I'm just looking for sharing and caring.... :-) If you can join in one day but not the next...no problem...but, don't be surprised if you still get a comment or two...LOL
~~hugS~~gail

That was a great post.
(hi. Arrived here via Authorblog)

Oh my, are those lavender scones??? I bet that was especially yummy. Gosh, I've been missing some fabulous posts and am so glad I stopped by this morning before we rush away for our long weekend! Miss Eleanor Elizabeth has been having some wonderful adventures too.