When I was talking with MamaMia last week while we were packing boxes of dishes in her kitchen, she mentioned my photos of London. That was all it took for me to start thinking again about posting another London Memory.
One morning The Professor and I found ourselves walking along the Thames River. We had bought our morning coffee and stood on the bank gazing at the Tower Bridge. 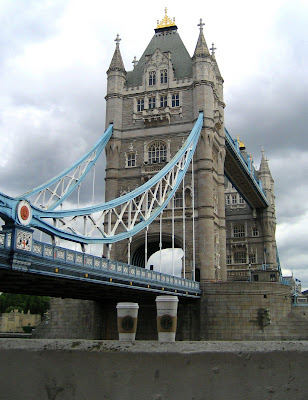 We strolled down to the Tower Bridge Piazza, enjoying being tourists, gaping at the buildings of flats and shops that lined this street by the river. 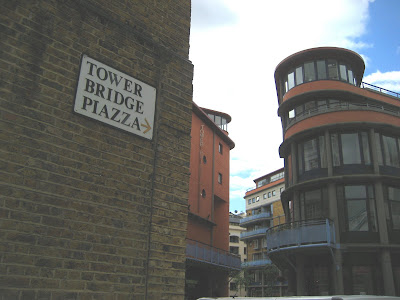 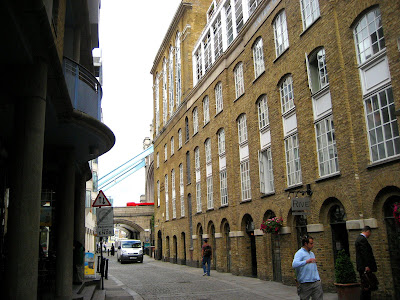 We decided to cross the bridge, just because it was there. 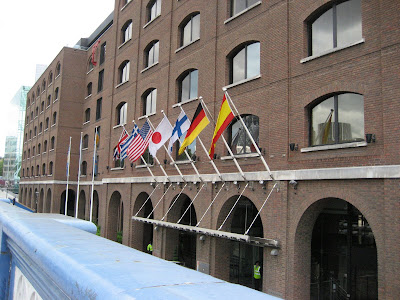 Then we walked back across, just because we could. We walked up and down on both sides of the Thames.
We saw the HMS Belfast. 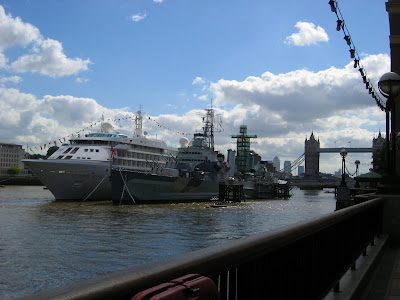 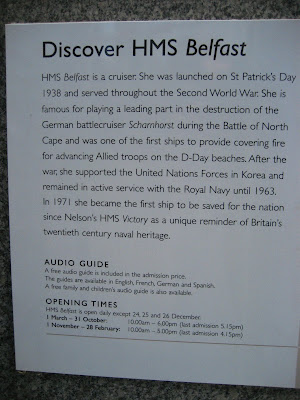 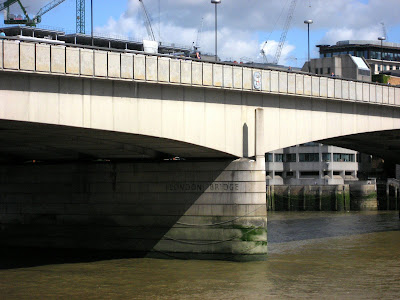 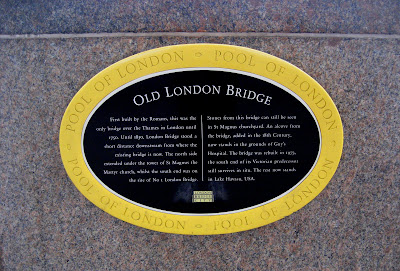 We descended some crazy diagonal steps. 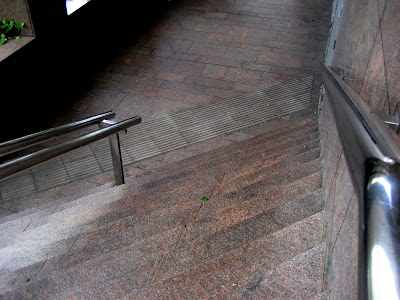 We didn't descend the steps that led directly in to the water.
As we strolled, we looked across the river to the other embankment. 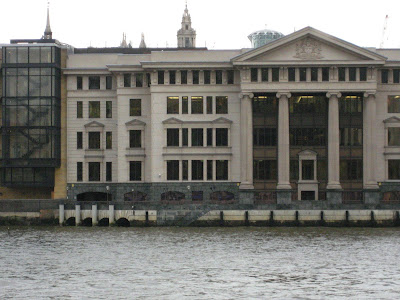 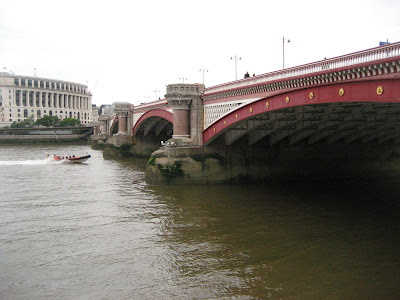 We walked and walked. We walked back and forth across the Thames on different bridges. 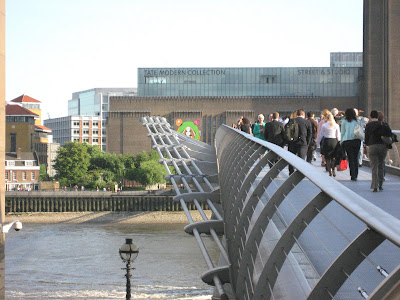 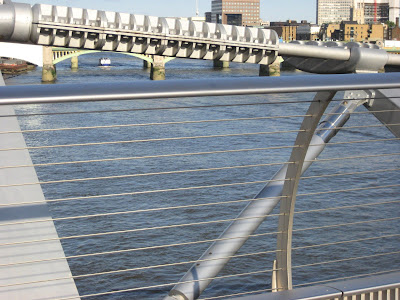 We walked and crossed until we were back where we started. 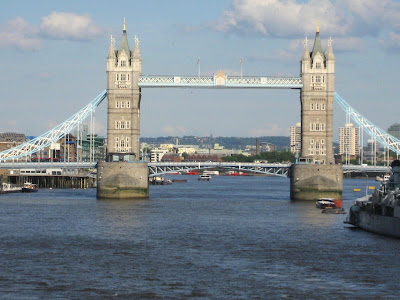 And it was time to walk away from the River Thames and explore another area of London.

Ahh London and the Thames. Reminds me of Melbourne a little too.

London is so wonderful. Thank you for sharing such fun pictures. It makes me keep London on the top of my list of places I want to return to.

I absolutely love all of your photos. I have always wanted to visit, but since I am not a good flyer, I don't expect to ever get there. However, I've seen this part of London through your eyes.

Take care, my friend. I hope all is well with you and yours.

Kak Willow, your set of photos are always so beautiful..esp the Tower Bridge and the ship. I was in London a long, long time ago, stayed there for 1 month and I remembered doing a lot of walking, unlike people over here, we'd park right infront of the shop in the mall if possible. But then, our public transport is not as good as the ones in London too. You asked about Kemiri, minta maaf I dont know what is kemiri, but locally we call it asam jawa, used for curries and gulais. Trengganu is really the heart of Malay people, more kampung style and again, much friendlier. We got lost looking for our hotel and one of the local guys show us the way, we followed his car. It was about 10 km away from the place we left..and totally out of his way. I wont get such kind hospitality with the urban folks :D

How wonderful to join you on your walk back and forth over the Thames!

Thank you for this extra look at London, Willow! You must have know again I was longing for London... ;o) I would love to be walking across the Thames now... *SIGH* Happy days down memory lane, my friend ((HUGS))

Lovely photographs, remind me of my own memories of that part of London.

You are bringing back many memories of our trip there. My feet were sore from all the walking! But it was lovely.

We actually took the boat tour of the Thames - passing right under London bridge. And someone standing on the bridge waved at us which apparently is very good luck :)

So lovely to see your London pictures.
our daughter lives very near London Bridge and so all this is familiar and great to see!

you did not have to wheedle me into looking at these great pics.......

That is a fun thing to do. You know I don't think I have ever walked across Tower Bridge.
I have not heard of the Celtic Women's Christmas CD but maybe I can find a link.

Wonderful photos ~ thanks for sharing your trip memories!

Yes, I'm familiar with the Surfliner :) Have you been down to Encinitas? I found a wonderful LYS Threads and thought of you because she said there is an active guild that meets nearby that supports her shop.

I so enjoyed my stroll with you along the Thames and across the bridges! Beautiful photos Willow!!

Last evening we were watching the other Boleyn girl. Parts of it I could have certainly done without and yet. . .I was drawn into the story and the historical account. How amazing it would be to walk where King Henry's wives walked on the way to the gallows.
Your pictures are beautiful.

Wow- I felt like I just took a walk with you! Except a don't have a cup of coffee with me. LOL!
Perhaps, if you get to go away for Christmas with your entire family, London would be a fun place to go! We are looking for our next destination. Someday we hope for Italy.

What a wonderful tour! Thanks so much for sharing it with us :)

Tried to comment, but it wouldn't let me earlier. Love seeing all your London pictures, maybe next time I'll go with you! :o)

Willow, great pix. Stop over at my blog to see the award I just gave you.

Wow, I love your walk, back and forth on all the bridges and up and down the Thames....! You must have logged several miles that day.

Oh how I love that City...it was wonderful to look at your photos and take a "walk" down memory lane :o)

I love London!!
This brings back memories for me too, we made a similar walk when we were there in August.

What intrepid hikers you are!