Independence Day is past, and we in the US have reflected on our patriotism and saluted the flag and sung The Star Spangled Banner.  But do you know the story behind our national anthem? 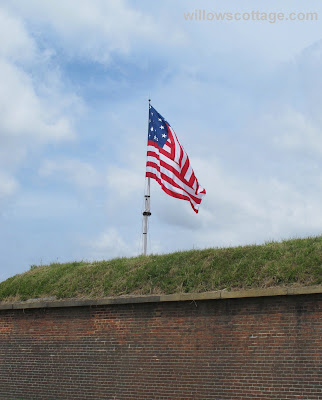 It all started with a battle in 1814 when British ships were bombarding Ft. McHenry in Baltimore, Maryland.  Francis Scott Key was an American lawyer who was on an England ship and watched overnight, wondering if when morning arrived whether the American flag or the British flag would be raised over the fort.  Imagine his relief and thankfulness when he realized that it was the American flag which flew that morning.  Here is a link to more information about his life and how he came to write these words which eventually became our national anthem. 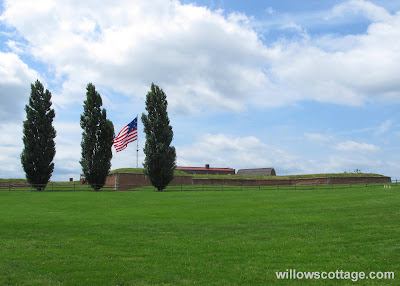 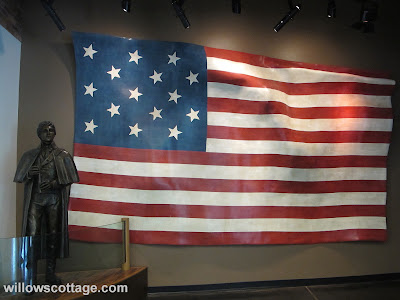 Little ones love to run around old forts and see the buildings and ramparts and cannons. 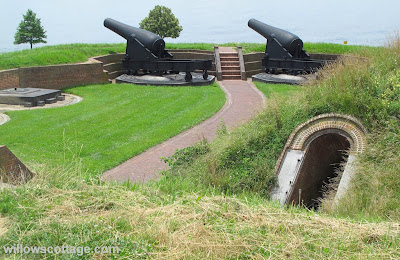 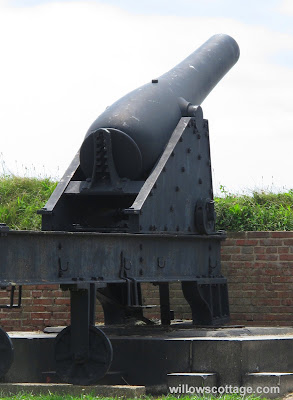 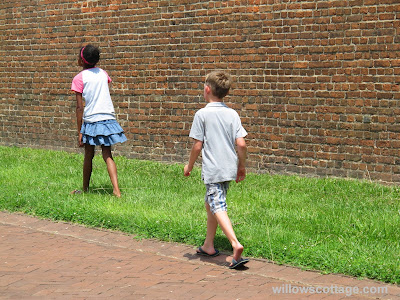 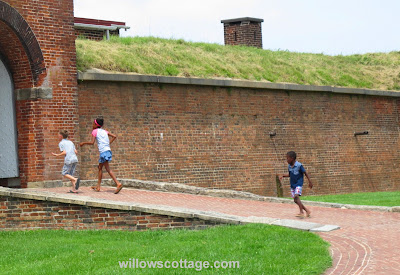 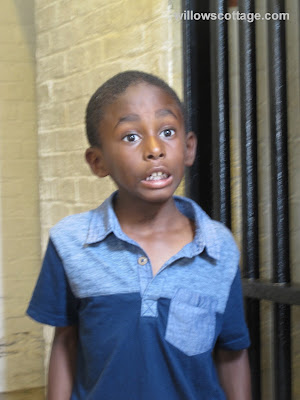 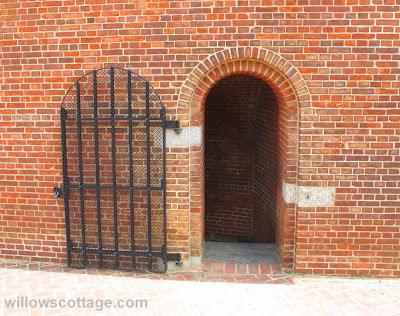 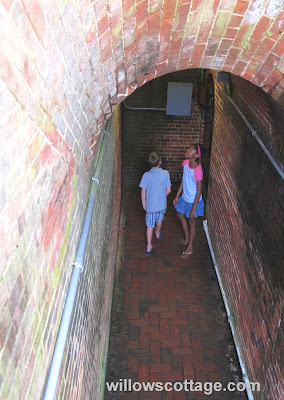 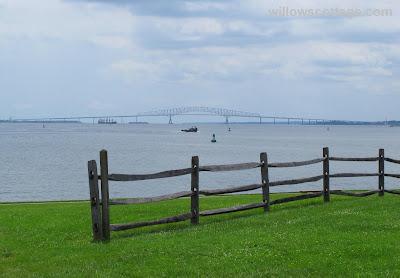 What an interesting place to visit. I love history vacations! Thanks for sharing.

Always great to read the history behind a song.
Glad you can enjoy these interesting spots with the grands!

This is a place I have not visited although I once read about the history of the national anthem. Thanks for sharing your family exploration of it with us!

Every time we go on vacation we always seek out an educational/historical note of interest. This looks great!! yes, we actually knew some of the story behind the song as one of my daughters (I can't remember which one!) did some kind of book report or project on the national anthem for elementary school. :) LOVED your photos!! The humidity broke here in NY....hopefully you are enjoying some of the East Coast's perfect summer weather!!


Hi, Willow! Wow... I've just realized how long it's been since I've sung the National Anthem... and that I'm forgetting some of the words too! :o/ LOL... Learned a lot in this post--very fun! And so sweet to see the young grands!! :o) We're finally full on summer here--we've been up to 80* F this week--ha! We've got fans running, and ice cream is adding to the love handles... LOL! Oh, and you'll never guess--I started a photo blog. Yup, blogging again... LOL! this officially makes me crazy... but we all knew that already, right?! Kind friends asked me to come back, so here I am: http://simplegiftspictured.blogspot.com ((HUGS)) Happy Summer Days!

I love the US anthem, i'm not even from there but whenever I hear it i always get goosebumps.
And now to have read the story about it - even more interesting.