St. Paul's Cathedral's dome is an easy to see landmark in London. As we crossed Millenium Bridge from South Bank to North Bank, the dome was vividly outlined against the blue sky. 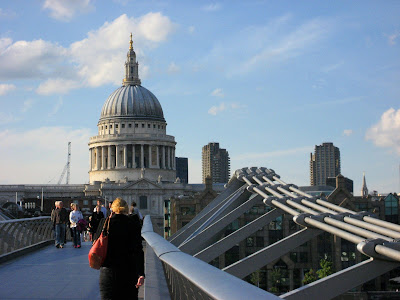 We approached St. Paul's from the side. 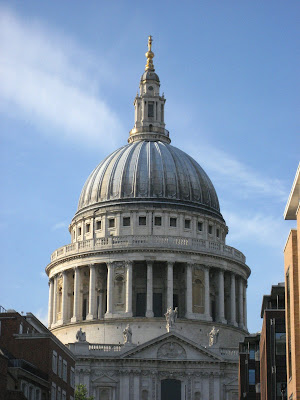 As we moved around to the front of the cathedral, I walked backwards as far as I could without actually moving in to the street so I could get all of the front facade in to a photo.
Then we turned left and walked clockwise around the building. 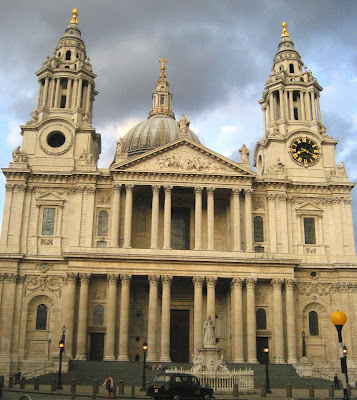 The side courtyard area which faces Pater Noster Square is used for official ceremonies. We happened to walk past as a South Korean dignitary was being welcomed by some people clad in military uniforms.
On the last Sunday we were in London we attended Evensong Service at St. Paul's. We entered the cathedral by way of the front doors above and and were requested to exit by the side door shown in the photo below. 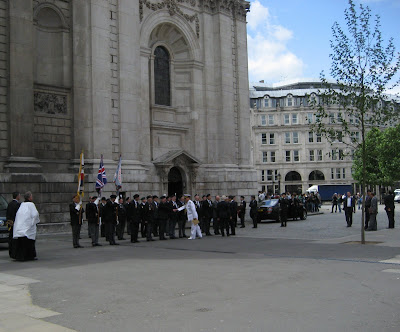 We continued around toward the rear of the building and entered the back garden area through a gate. To our left we saw the statue of John Wesley, founder of Methodism. 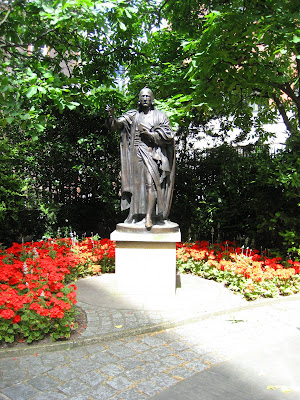 The rose gardens are located at the very back of the cathedral. The plaque says that the medieval chapter house and cloister were destroyed by the Great London Fire of 1666 and that the gardens are laid out in the footprints of those buildings. 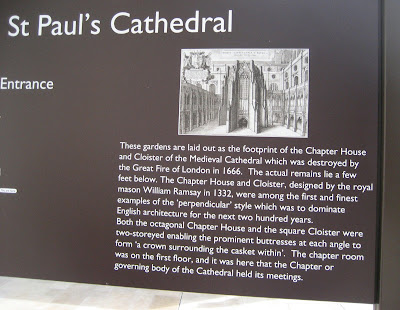 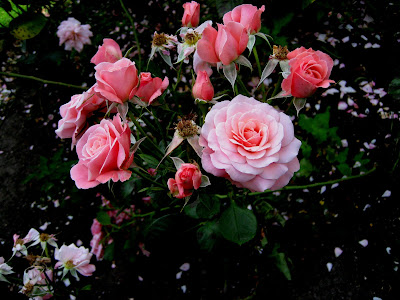 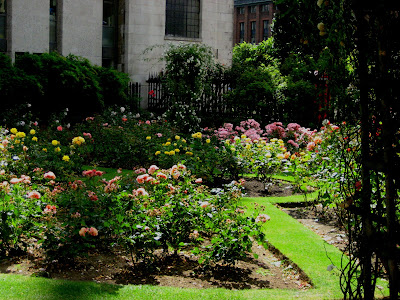 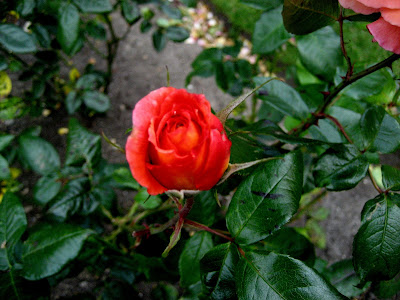 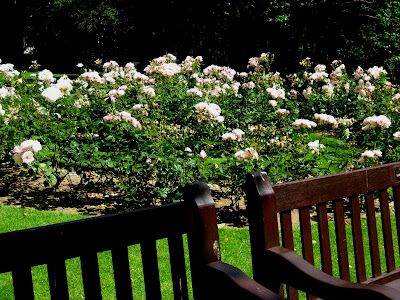 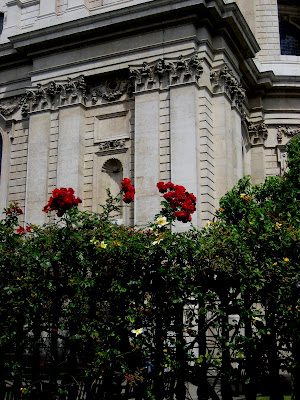 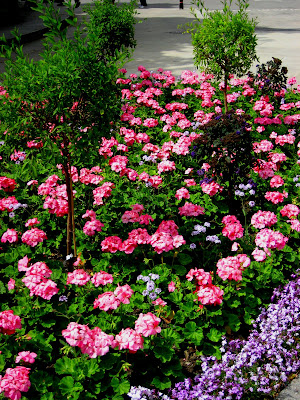 Then we walked around to the other side of the cathedral to the fountains and completed the circle. 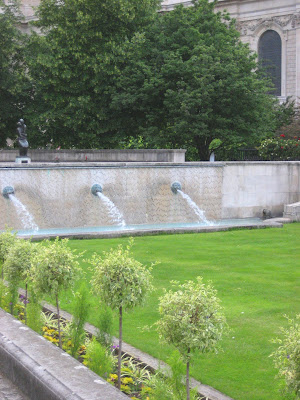 How wonderful! We never walked behind to see any gardens at the Cathedral. Well done good blogger! If you go to cyberhymnal you can hear the tune for the hymn on my blog today. Miss you my friend...

OH the architecture, the roses and everything is gorgeous!!! I'm so jealous right now but thankful you shared your wonderful photos!

Oh how pretty. Great photos too.

I love your last post about Feed The Birds. Even as a little kid that was my favorite part of the movie.

How wonderful to enjoy Evensong there! I've never heard Evensong...but I can imagine how beautiful it must be in those surroundings.

Love that rose garden! you know we dont have abundant rose gardens..cant survive the heat, only grows at the highland ;) You dont like nangka (jackfruit)? what about durians? now that's not everyone's kind of fruit..but still king of fruit ... well over here at least :D

We also attended evensong at St. Paul's when we were there in '03, on a Friday night, I think. We were especially lucky with our timing and were seated in the choir loft across from the boys - that's an evening I'll never forget.

So glad you're safely home (just in time for the 4th) and had such a wonderful trip. I look forward to seeing more of your wonderful pictures!

This is as good as watching a bbc travel special!

I can just see Marry Poppins strolling by in one of these. You lucky girl! Hugs!

What lovely posts on St Paul's. I haven't been there since I was about 11 years old. All I could recall was the dome and being told by a guide that if someone dropped a penny (size of thumb nail) from the top of St Paul's then it would kill whoever it landed on. yep I think I was a gorey child. LOL

How lovely to travel with you and see what you saw.

You're bringing a lot of memories back although when we were there the tulips were blooming!

You know, I have not been into St. Paul's rose gardens.

Hi! I love seeing your photos and I think it's fun that you've "decorated" your place in a beach theme because that's what I have on Xanga and now here on blogspot -- we think alike :) (yes, I decided to post two blogs because I seem to be gaining friends in both places).

I especially love your post with the song "Feed the Birds" -- I will be singing that beautiful little song all day now. Thank you for inviting me to 'visit' you! Blessings, Laurie

Great pictures and tour!! I love they way you walk us around to the front of the Cathedral! Flowers are beautiful!! Someday!! :))

Dear Willow, you have seen things that I have missed and I live in the UK, it has been a pleasure to view your photos and read you blog.

Yes, I do agree the architecture is incredible. You chose just the right time to enjoy the rose garden at its best too. Marion