I was tagged to write eight things that are uniquely me. I've been thinking about what to write for a couple of brain fogged days, so here is what I came up with.


1. I am a younger child. My parents had two children, my older brother and me. I know that having an older brother shaped a lot of my early years. My brother was responsible for getting me ready for our ride to school from the time I was six. My mom worked in those days when few moms worked outside the home and my dad was often in the hospital dealing with sicknesses that were a result of WWII military service. I know I must have been a little brat and given my brother a hard time, but I usually was ready for school and I think he's forgiven me for being a bratty little sister. We are good friends even now.


2. I have been married to The Professor for a long time. Marrying him was one of the best decisions I ever made. We met when I was 21, a senior in college. He intrigued me because he was so different from all the boys I knew. He was a man, a veteran of Vietnam, and he congratulated me on getting a 4.0 gpa that fall semester instead of making fun of my being smart and a hard worker.


4. I learned to knit when I was 6 or 7. My grandmother taught me. Since I'm left handed she taught me left handed by having me face her and she purled to teach me to knit and she knitted to teach me to purl. Knitting left handed has been frustrating at times, especially when working on my master knitter certification. But it's part of what makes me uniquely me.


5. I love to read. Right now I have at least six books I'm reading: A Killer Stitch by Maggie Sefton, Bounty by Caroline Alexander, a biography of Pat Nixon, 1421-The Year China Discovered America, The Freedom Writers Diary, The Grand Tour by Patricia C Wrede and Caroline Stevermer, The Cricket Winter- a children's book by Felice Holman. And that doesn't count the children's books I pick up from the guest room book shelf and reread.


6. I was interested in whole foods, downsizing, and voluntary simplicity before the whole simplifying your life, recycling, save the earth emphasis became mainstream. The Professor gave me a Whole Foods cookbook the first year we were married and I have baked bread for us off and on (mostly on) for the past 35 years. I never did buy pre-packaged foods, so there aren't that many of those bad habits to give up. For awhile in the 90s, I was 'mostly' a vegetarian, but it got too hard to make accomodations for the meat-eating segment of the fam, so I now eat most meats (no lamb or mutton or disgusting cow parts like stomach or tongue), but not every day. I have been quoted and mentioned in a couple of simplicity books published by the MCC publishers.


7. Oh, here's an interesting little fact: The Professor and I were mentioned in the January 1989 issue of National Geographic. A reporter visited our little Moskona village of Mouyeba and interviewed us and local people during a tour of isolated tribal, jungle areas of Indonesia.

8. Lastly, the fact that I am a Christian certainly defines who I am because what I believe influences every aspect of my life from the work I have chosen to do throughout my life, to how I strive to treat other people, to how I view my responsibility to care for God's creation, to how I spend my free time.


I hope I haven't bored you too much. If you want to know more about any of the parts of my life that make me, me, just ask.


Can I add a last extra fact? I love the beach! Any beach, anywhere! 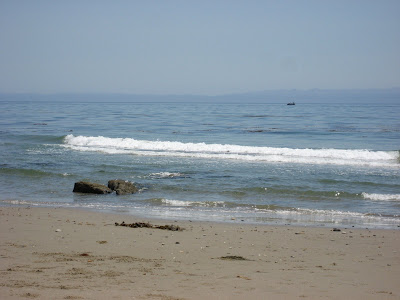 YOU are a fascinating person with a lot more stories to tell! It was fun to read all about you. You are unique too!

A wonderful list. I thoroughly enjoyed it. Thanks for participating in the tag game.

Willow, I loved your eight true things. And I love ocean's too, or rivers, or creeks, or ditches, but not too keen on mudholes...LOL

Great list of true things. I agree totally with your last added item, I love beaches too. It doesn't matter what the weather is either.
{Thanks for the comment on my blog about my LA vacation. So, how's Malibu? Any pic's of the beach?}

What a thought-provoking meme. eight TRUE things. Very revealing. You are just as wonderful as I always thought.

I hate to shop, too!

You are a kindred spirit for sure. I married the Sergeant when I was 21 too! And am proud to be defines as a Christian. Kindred spirits indeed.

Enjoyed reading some more about you.
Have answered the many questions I got about my walk on another post if yu are interested.