Years and years ago, just last Saturday, before the inferno blew into Southern California, The Professor and I took a short hike into the Santa Monica Mountains to check out the Satwiwa Native American Indian Culture Center.
According to the brochure we picked up, "For many years, the Santa Monica Mountains sustained the Chumash and Tongva/Gabrielino cultures. Sycamore Canyon, which cuts through Ranco Sierra Vista/Satwiwa and Point Mugu State Park, was part of a Chumash trade route. Satwiwa, which means 'the bluffs,' was the name of a nearby Chumash village." 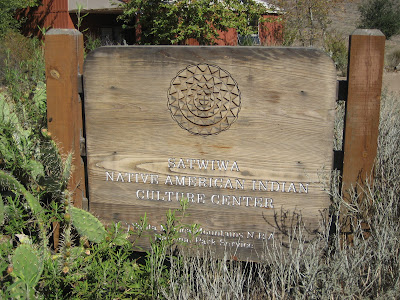 The entrance in the Santa Monica Mountains, is just a few miles northeast of Malibu. Rancho Sierra Vista, originally the Rancho El Conejo granted to Jose Polanco and Ignacio Rodriquez by the King of Spain in 1803, is also part of the National Park. This old barn, probably part of the modern ranching operation that used to own the rancho, was just too photogenic to pass up. Notice the dry brush in the background; it makes wonderful tinder. 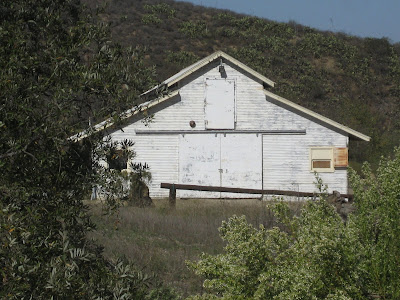 We walked up the Big Sycamore Canyon Trail that paralleled a dry creek bed. 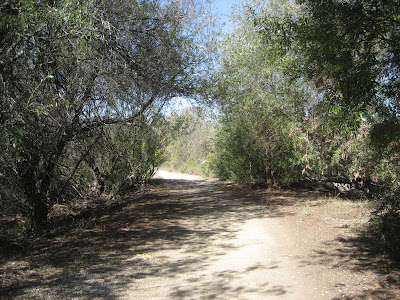 The visitors center features a Chumash demonstration village. I did not take any photos of it out of respect for the people who were attending a memorial service there. 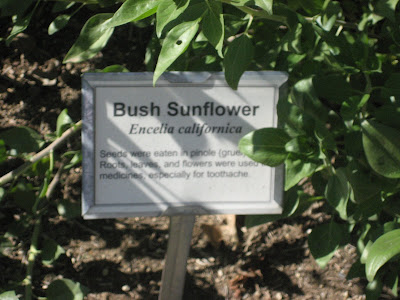 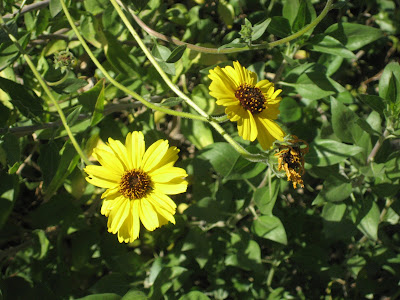 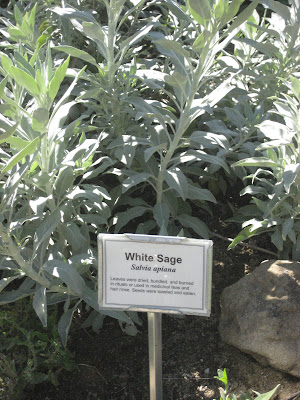 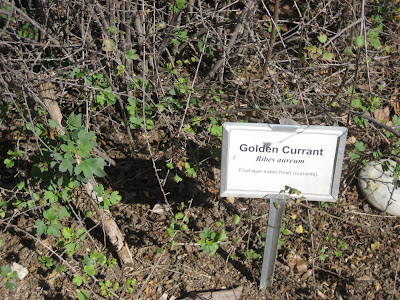 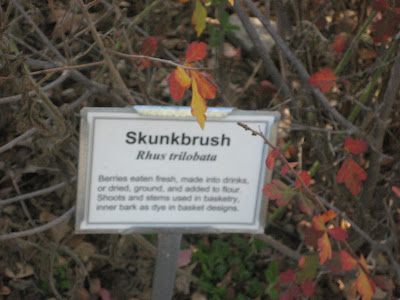 We returned to our car along the same part of the trail and promised ourselves that we would come back and hike a longer section, even all the way out to the beach at Point Mugu State Park.

It won't be any time soon--the brochure warns us, "Trail closures will be in effect duringand following extreme weather or hazardous conditions, " and "Fire is a constant danger. Open fires are prohibited." 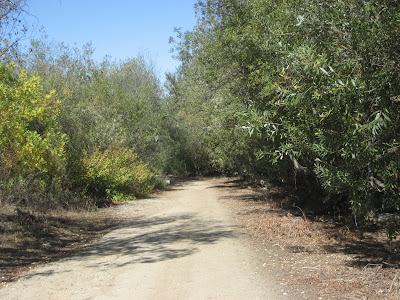 Your pictures are excellent. I love old barns. What a great place to hike!

Beautiful pictures, so interesting for me as it is such very different scenery to ours. Sending you good wishes to stay safe.

Thank you for your lovely comment on my finished Habu scarf,it is tactile stuff indeed.

Now there's an interesting question: Do we make the place authentic, or do we make it fire-proof?

Thank you for taking me along on this hike. The photos are beautiful. I really must get to California one of these days. I would love an experience like this.

I continue to pray for all those that are in the path of the fires.

Please drop over to my blog. I have a little something for you there. Enjoy!

How beautiful that place is. It makes me want to go walking and forget my troubles. And it reminds me of when i went travelling around America and walking up the mountains in Oregon.
The fires are just so scary and i pray for all those families that have lost everything.
I have been getting annoyed watching all the stars on TV worrying about there homes. They have more than one obviously and lots of money to rebuild but there are many that have nothing left and have lost there memories nad lives in those fires. x

I have been thinking about you every day, but just realized that I hadn't checked in with you in the past 2 days! I'm so glad to hear that you haven't had to evacuate. My daughter loves Native American culture...she would like your little hike! I will continue to come by and see how you are! My mom just told me that we have relatives who live nearby to you also and they haven't had to go yet, but they must be nearer because the smoke is terrible. xoxo Bethany

It is rainy and cold where I am so sitting and looking at those pictures made me wish I could go along! And take my dog if you dont mind :)

Looks like a lovely quiet hike, Willow. Some of the paths remind me of Cal State Fullerton's arboretum.

Loved going along with you on this hike. Love anything Native American. ~Ann

I loved seeing how different the scenery is for you on your walks to mine over here. Ours can be so wet and yours so dry for one.

Just fly over if you really need to feed your cleaning addiction!

Come visit my blot - there is a surprise.