Willow and The Professor are home from another adventure. We are, as always, excited to go and happy to come home again. We flew Long Beach, CA to Phoenix, Arizona to Detroit, Michigan. Then we flew back again the same route. Going both directions we were delayed, mostly by weather which often happens when one travels in the winter. When we arrived in Detroit at our hotel, it was 5am. We had missed the whole night's sleep. Maybe that's the best way to quickly adjust to the three hour time change. When we returned we were late leaving Phoenix because, while the plane was there, the crew was not. And you can't fly a plane without a pilot. 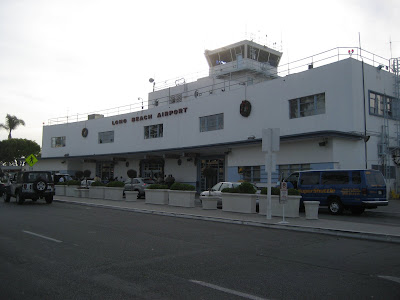 Normally we fly in and out of Los Angeles International Airport (LAX). This trip we drove a little farther south and flew out of Long Beach Airport. This airport looks just like airports did in the 1950s. In fact, if you watch a movie made to look like it was set in the Fifties or Sixties, and there is an airport, you will most likely see Long Beach Airport. There is one small waiting room on only one level, outdoor-only baggage claim. The staff is friendly and helpful and the atmosphere is a little more low key, more laid back, sleepy town. High powered flyers don't fly out of Long Beach. 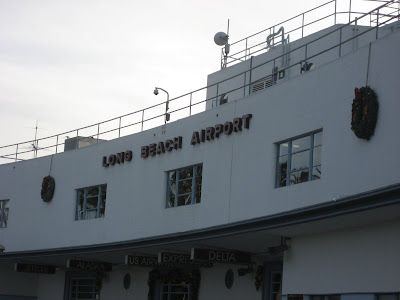 Detroit was cold! The Professor and I lived in Illinois for four winters so we do know about cold and snow. But we are Southern Californians now and our bodies just aren't used to freezing temperatures. The Princess is a Southwest girl and she had never seen it snow before. We felt so sorry for Big Boy! Snow on his head and icicles on his ears! 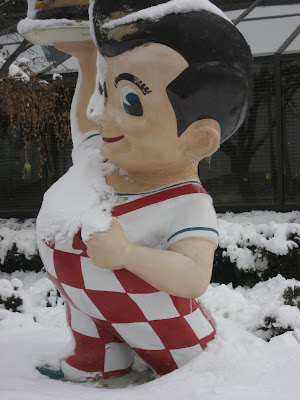 There had been a storm on New Year's Eve that dropped twelve inches of snow on Detroit. I had forgotten about how the snow plows remove the snow from the roads and parking lots, but the stuff has to go somewhere until the temperatures rise enough so it will melt. I remember the winter of 1985 in Illinois when the city of Chicago simply gave up plowing most city streets and kept only the main roads plowed because there was so much snow. 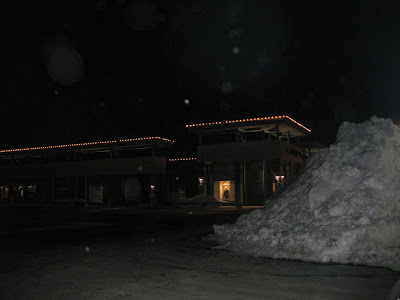 I had also forgotten that midwest houses are mostly made of brick. I tried to take photos, but it's not easy when you are in a rental car driving along unfamiliar roads and peering through the snow. There were lovely brick houses, covered with snow, looking like they were waiting to be featured on next year's Christmas cards. I even caught a glimpse of a picturesque red barn, perched on the hillside, a brilliant cardinal sitting in its nest of white fields, but I didn't have time to even point and shoot as we whizzed by. Another thing I had forgotten was the stark black and white landscape of a midwest winter. Black, white, gray, brown. Especially when it's cloudy and there is no blue sky to add a punch of color. 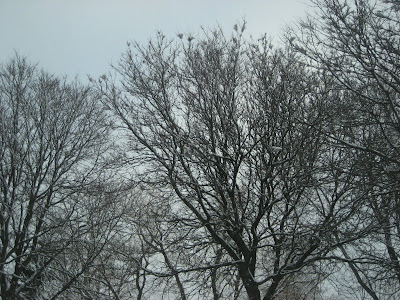 No green lawns or green leaves. No green palms waving in the breeze. 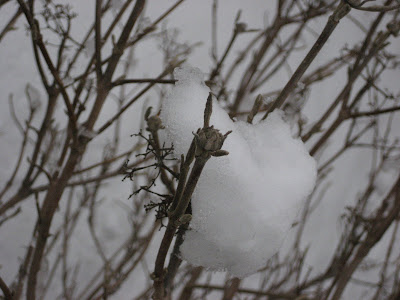 The reason we went to Detroit in January was Chaplain Dan. Sending him off at the airport helped prepare our hearts for this separation. It was something we could do for him, for The Princess and for ourselves. 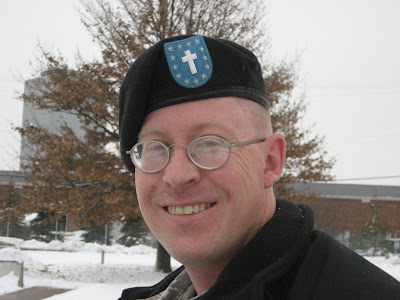 I'm glad you had a good trip and were able to be there for your family and Dan's departure. Brrr! We haven't had snow for a few weeks. :)

You seem to have more snow there as we do!

Good to find your blog!
Quite different where you are to Marrakech!
how cold and snowy!
We go to New York for a short while in February.
I'm so interested you knit. A very creative and soothing endeavor.
My daughter in law loves it!
All best wishes

Wow... that's some snow. when we get a half an inch we're excited. But our snow angels turnout pink from the Georgia Red clay poking through. Ha!

Well that looks like a real Art Nouveau airpot. Some snow pile. Wonder how long that will take to melt.
Well Dan I know that God will be preparing a way for you.

Hello Willow and pleased to meet you... Yes we both have snowy days at the moment I see...:) I am not originally from scotland but it is a wonderful wild place to be. Best wishes to you

I will keep Dan in my prayers for safety and a quick return.
When you mentionned 1985, I remembered being in my freshman year of college and driving to school in that weather in Cincinnati!!! My little Chevette barely made it up the steep hills but I had a stick-shift and was good at it! I haven't thought about that in years! These photos are just like what it looks like here!

Oh, I love this post! Things familiar and things unknown....yes, the LB Airport is great. I've been through there many times. I love walking out on the tarmac to get on the plane. And seeing all that snow and black and white and brown...it makes me cold...brrrr! I'm glad you are home safely and hopefully a little warmer too.

Brr... I'm feeling cold just looking at your pictures. I hope Chaplain Dan has a good deployment! No doubt you are happy to be back in sunny CA!

You know, Kakak actually looks happy in that picture. Many prayers and love to him and you guys and the Princess.

The most memorable impression I have of Long Beach Airport is when we were dropping someone off once. We pulled up behind a car, and the couple in the front seat were having a rather intimate exchange to say goodbye ... and it was a couple of girls.

I happen to know that aside from loathing the separation from his wife, Kakak Dan is proud, happy, and excited to be serving for a year in the Middle East. We honor him and his choices when we adopt the same attitude, instead of acting as if he is a mourned martyr or something.

I love Long Beach Airport: The check-in process is so much smoother and less hassle than a larger airport like LAX. Sort of like Fresno Airport (it's FAT, heheh), which is so utterly relaxed that I keep expecting them to tell me to check myself in, do security screening on my own self and my luggage, and board the airplane whenever I feel like it. And then some Visalians opt to fly out of Bakersfield b/c it is even more kick-back than Fresno (!!).

Oh, and I hate snow.

I really enjoy flying in and out of Long Beach Airport with it's great styling and deco-esque architecture. It's worth the extra driving when we're headed to Disneyland.