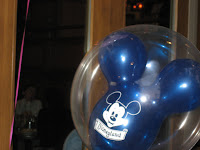 Elizabeth organized the dinner. Here she is looking up at the details in the hotel lobby. 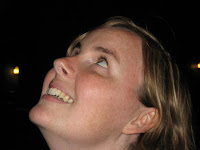 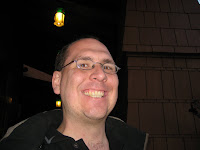 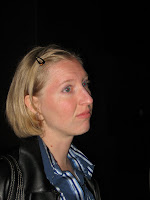 Other people were there including a very cute three year old boy. I won't post his picture because I don't have his parents' permission. Trust me, though, he's really very cute.

Dinner (build your own pizza) was ok, not spectacular. But we enjoy these college friends of Deb's immensely and join their quarterly or semi-annual dinners whenever we're invited. As the friends scatter from Los Angeles to other places it's becoming harder to get everyone together which is why last night was that much more special as people came from all over LA County, Sacramento and Visalia.
Posted by Willow at 6:08 PM

Yes, I went and looked at your blog.:)

can't. don't have a xanga acct