If you live in Southern California, you are always aware of the Spanish component of the area's history. Spain was the first major colonial power to settle in California, and the even Spanish presence is only 250 years old. So young compared to the rest of the world.

Spain had conquered most of South and Central America in the Sixteenth Century but had not moved into California Alta, the area north of Mexico. The main reason for failure to colonize California was the harsh desert terrain that had to be crossed to get there and the lack of good harbors to sail ships into to land soldiers and colonists. It wasn't until 1769, just seven years before the beginning of the American Revolution, that Father Junipero Serra endured the northward overland trip and arrived in what is now San Diego and established the first Franciscan mission, Mission San Diego de Alcala. His personal goal was the conversion of the California Indians who lived along the Pacific Coast although his goal was often supplanted by the intentions of the Spanish king and his soldiers--colonizing the area in the name of Spain to provide revenue for the Spanish crown.


Father Serra eventually established thirteen missions along the western part of California as far north as Sonoma, north of San Francisco. Each of the missions was about a day's walk apart. Through the many changes of government that California has experienced, the missions grew, prospered and languished, closed and reopened or were left to fall into disrepair.


Today, all thirteen of the missions still exist in some fashion. Most of the churches are still used for worship. One mission, Mission Nestra Senora de la Soledad, is merely a pile of rubble that historians are working to reconstruct.


Mission San Buenaventura, just fifteen miles from Willow's Cottage, was established in 1782, and is still an active church parish with a school connected to it. The Professor and I visited there recently. The church is located on Main Street in Old Town Ventura, just a few blocks from the Pacific Ocean. 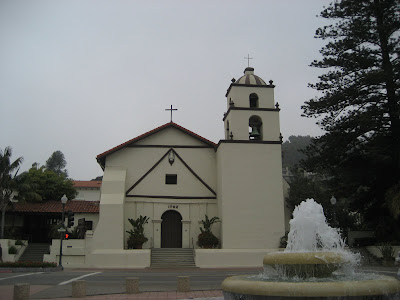 All the missions were built in the same style which has come to be known as "California Mission" style. Tile roofs, stuccoed tan walls, bell tower. 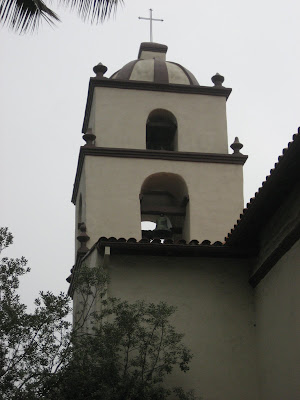 The chapel interiors use dark beams which were sometimes painted. The chandelier has been modified for electricity, but the style is typical of the architecture. 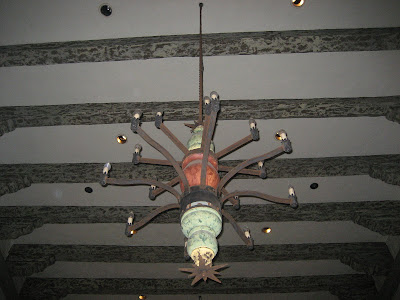 The walls are usually decoratively painted. 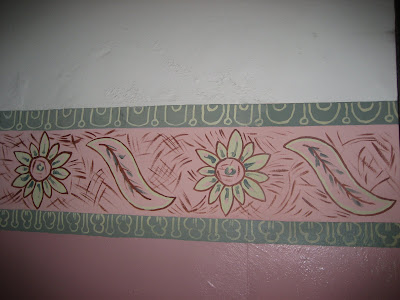 Each mission also had an enclosed garden. The fountain in the middle of the Ventura garden is really lovely. 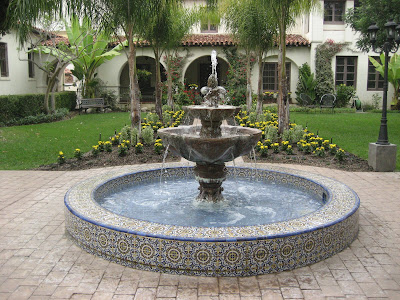 Details of the tiles 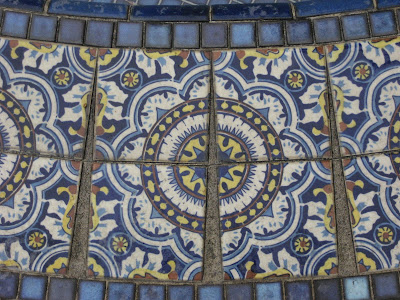 There is a museum across the street from the Ventura mission, and there is also a park. 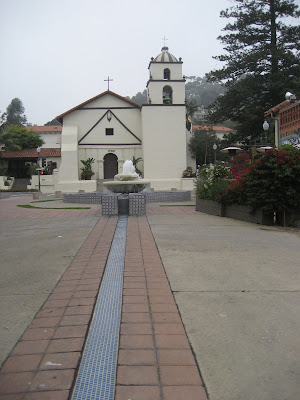 A group of Chinese workers settled in Ventura in the Nineteenth Century, drawn by the agricultural opportunities. There were not many Chinese but they all lived in one alley. After the immigration laws of the early Twentieth Century limited the number of Asian workers, most of the Chinese left Ventura, but the alley remained. 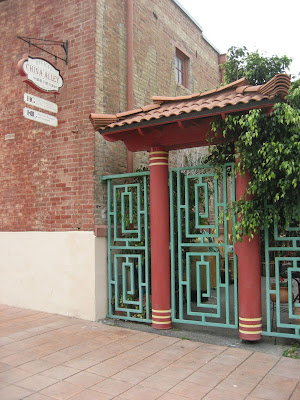 Because the Ventura plain was fertile, agriculture flourished. A reservoir and aqueduct were constructed to provide water. There has been limited archeological digging done, but the remains of the reservoir can still be seen on the hill above the mission. 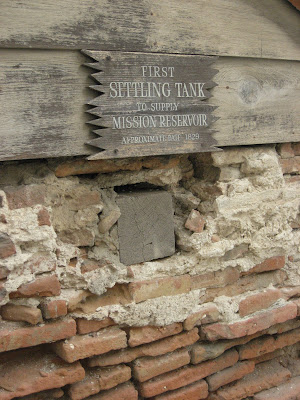 The road traveled by Father Junipero Serra as he visited his mission outposts came to be known as El Camino Real, The King's Road. I can remember as a child visiting San Francisco and seeing the bells that hung on poles placed along the highway inscribed with the words El Camino Real. Now I pass one of the bells every day as I pull on to Highway 101 North to drive the few miles to school.
El Camino Real, The King's Road, the very same road traveled by the Franciscan Father Junipero Serra, founder of the California Missions. 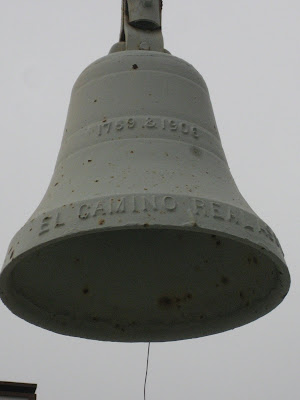 I loved this post. I always learn so much!! Thanks for sharing!

Interesting...so many of the posts now are crafts and recipes, but this bit of history was interesting, especially to me, in the midwest. The pictures you took really helped us get a feel for what it would have been like. Thanks for a bit of history!

If you hang around Willow's Cottage very long, you'll get a history lesson! I used to be a US History teacher! And I've always been a history buff, er, geek.

I truly enjoyed this post. The photos are terrific and I appreciate your sharing them.

I have a little something for you over on my blog. Enjoy!

Blessings and a safe trip.
Mary

Wonderful! You just took me on a lovely California vacation with no traffic, tourists or airport delays. Thanks so much!!

Oh wow. I want to visit Cali so bad when looking at these picks. I've never been.

I didn't know you were a history teacher! That explains why you share such interesting things here!!! I loved reading about Father Serra's history and the missions... especially loved the photos of Mission San Buenaventura!! I have never been to California but I might get a chance to go with my husband next year when he goes on business (He works for Cisco Systems out of San Jose... I think that's right!). If I do go, I will know more of what to watch for! Thank you for sharing all of this!!!